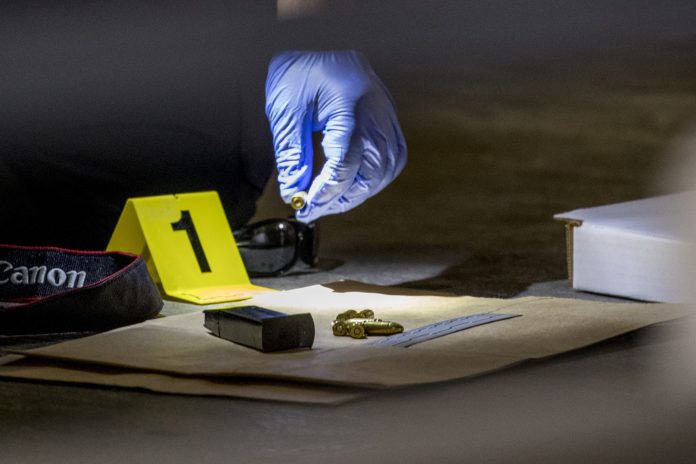 Fun fact — your attacker is more likely to be someone you know rather than a stranger. And violent abusers tend not to take breakups well. On April 2, Florida Man Kyle Nye Davis, who had a history of physically attacking women, tried to attack a woman he had severely beaten the night before.

That woman had gone to the home of an ex, Brian Kefauver, for protection. When Davis tried to get at the un-named woman again, Kefauver defended her and himself by shooting and killing Davis. After reviewing the facts, prosecutors have ruled the shooting a justified defensive gun use.

Brian Kefauver, 30, was justified when he shot and killed Davis after Davis broke into Kefauver’s home, threatened Kefauver’s life and struck him, according to a June 30 memorandum by Assistant State Attorney Peter Magrino.

Kefauver was able to grab his 9mm handgun during Davis’ attack, and fire three rounds, striking Davis twice, in his chest and torso, before Citrus County Sheriff’s Office deputies responding to the disturbance arrived to find Davis dead.

Safety tip: if you’re a Florida Man, don’t kick in the back door of another Florida Man.

According to Magrino’s memo, the wounded woman sought refuge at Kefauver’s home off of West Mistflower Place before Davis kicked in a backdoor and lunged at Kefauver, who has children with the woman.

How badly had Davis already injured the woman?

For six days, Magrino’s memo states, the injured woman was hospitalized for fractures to her ribs, nose and jawbone.

So to sum up, the smaller guy used a gun to defend himself and an injured woman against a much bigger guy who had just kicked in his door…an attacker who was under the influence of, well, substances

At the time of his death, according to Magrino’s memo, Davis had alcohol, cocaine and benzoylecgonine in his system. Magrino also noted Davis’ criminal history, especially his violence toward women.

We’ve said it a thousand times before, but it still bears repeating. This is exactly why people own firearms. Police can’t respond quickly enough to stop very bad things from happening when a violent, abusive thug kicks in your door.