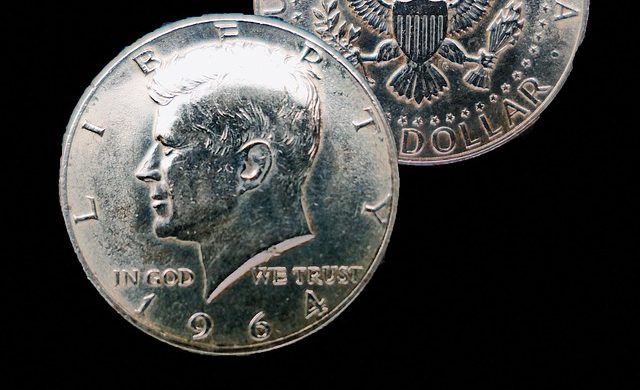 In this brief essay, I will outline what has happened to the U.S, silver market, since the Bidenistas came to power:

A Wacky World, a Wacky Ratio

President Joe Biden and his co-conspirators in the U.S., Treasury and the Federal Reserve banking cartel have embarked on a path of destruction for the U.S. Dollar. By extending artificially-low interest rates, they have propped up equities markets. But currency inflation is now on the march. The markets and general economy have entered a twilight zone of gross monetary and market manipulation and speculative excess. These excesses have also extended into the commodities and precious metals markets.

Over the past 18 months, the manipulation by silver short sellers on the Comex has reached absurd proportions. They’ve pushed the forward contracts on silver down to below $19.45 per Troy ounce. Naturally, the spot prices for precious metals usually mirror the forward-selling prices. As of June 28th, 2022, the commercial traders held 52,288 short contracts for a whopping 261 million Troy ounces. Do the math on the total dollar value of those contracts! The short sellers have contracted commitments to provide many, many tons of silver, at an artificially low price. They are in effect placing a huge bet on further silver price declines. Logic tells me that they are wrong. But we must understand the way that markets move: Based on sentiment and trends rather than facts and logic. Whether they are bulls or bears, history has shown that speculators follow trends long after they really should. The present-day crazy-low futures trading has pushed the spot market silver-to-gold ratio to more than 90-to-1.

As I’ve previously discussed in SurvivalBlog, the ratio of silver-to-gold in the Earth’s crust is around 20-to-1, while the mining production ratio is only about 8-to-1. This is because most miners are seeking gold deposits, and most of the silver that they produce is a byproduct of gold production. Silver is the blue muck that is found in gold mines, adjacent to the gold lodes. Also, unlike gold, nearly all silver comes from hard rock mining, since it is not technically nor financially feasible to mine silver out of alluvial (placer) deposits. Gold, however, comes from both hard rock mines and placer mines. So, it is no wonder that the mining production ratio is only about 8-to-1.

Meanwhile, the realistic demand ratio in the industrial world is around 18-to-1. And on the monetary side, governments are “bleeding silver”. Most national governments phased out minting any new circulating silver coins in the 1950s and 1960s. The only coins that they produce today are bullion coins for collectors and investors. Silver hasn’t been in anyone’s pocket change since around 1970. While they are still holding onto their gold tightly, the national governments have been willingly selling off their silver stockpiles. For more than 75 years there has been massive industrial demand for silver, and governments have been filling the gap. So now, the governments hold less than 8% of all of the silver bullion in the world. They are running low. When they stop selling, the only sources of silver on the market will be from mining and scrap production, and that won’t be nearly enough to meet demand.

A decline in the silver-to-gold price ratio is also inevitable, because of the way that silver and gold are used, industrially.  Most of the gold that is used is eventually recovered as scrap, but most silver is not recovered. Sadly, almost 90% of the silver used ends up in landfills. In short: Silver is being used up, but gold isn’t. Therefore, in the long term, the silver-to-gold ratio must go in one direction, with the value of silver gaining versus the value of gold.

As a result of long-term U.S. trade policies, U.S. technological advances, Dollar hegemony as a reserve currency, and horrible monetary policies by most foreign nations, the U.S. Dollar is presently enjoying strength on the Forex market. The US Dollar Index is now showing “long legs”. This is not because the Dollar is particularly well-managed, but because the treasuries and central banks of other countries are even more heavily addicted to creating currency out of thin air.

The U.S. Dollar is rapidly inflating. And even as the U.S. Dollar’s purchasing power is melting away, its global reserve currency status is also fading. There is presently talk that the BRICS nations will create a new commodity-backed currency unit. And there are now fewer oil purchase contracts that demand Dollars, for payment. At some time within the next two years, there will surely be a U.S. Dollar crisis, and then the silver short sellers will be caught in a squeeze. In the event of such a crisis, the Comex will probably suspend trading for a few days and then dictate that only industrial buyers will be able to take delivery of physical silver, for contract settlement. Everyone else will only get their contracts settled in inflated FRN dollars. But until then, look at this Bidenized market as a physical silver buying opportunity, if you can find any coins available with reasonable dealer premiums.

As I’m penning this, most coin dealers don’t want to part with any of their bullion or pre-1965 junk silver inventories for anything less than a 22% premium over the Comex spot price of silver. Who can blame them?  Everybody knows that the spot price is artificially low. So we are witnessing a widening bifurcation of the silver market: The manipulated paper silver market wonks say that silver is “worth” $19.45 per ounce. But the realists in the physical (minted coin) market are asking $24.40+ each for generic silver bullion one-ounce coins or Christmas bars, and $32+ each for one-ounce U.S. Mint American Eagles! Thus, we should look at the current bearish silver pricing as a buying opportunity, to either buy physical silver or to ratio trade our gold holdings into silver.

My advice on silver: Stack it deep, and stack it soon, while spot silver is priced so absurdly low.  But definitely shop around, to find dealers that offer low premiums! – JWR

CNO: Pacific Forces Can Learn from NATO’s Work with Ukraine