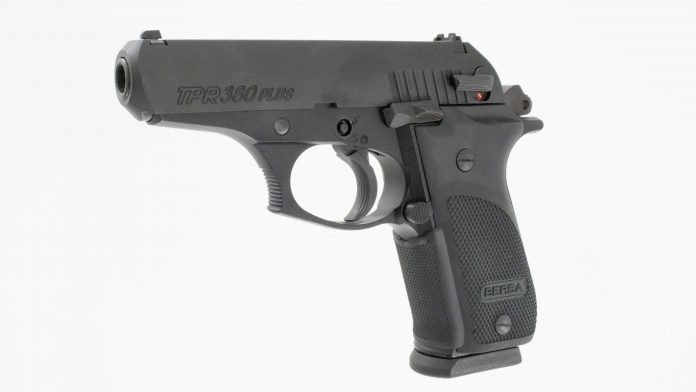 Bersa has updated the classic Thunder Plus with new slide cuts to follow the TPR line and now we have the TPR 380 Plus.

Style cues are there from the classic Walther PP, double-action/single action (DA/SA) with a decocker, all-metal construction, and 15+1 rounds of .380 ACP. Oh, and it’s available most places for well under $400. That’s what makes the TPR 380 Plus worth taking a look at.

I never got to experience the old Thunder Plus model, so I can’t give you comparison points with the TPR 380 Plus, but I can tell you what this model is like. The action type is a simple direct blowback which helps keep manufacturing cost down, a big reason why this all-metal gun is so affordable. The rest of the construction is more complicated than your standard plastic striker gun.

As it’s becoming a relative rarity, I feel the need to explain the merits of DA/SA guns. The gun is meant to be carried in double action (hammer down). The longer, heavier first pull of the trigger effectively serves as a safety before subesquent shots are shorter, lighter, and crisper in single-action.

Aside from serving as an added safety feature, the other merit of DA/SA for a carry gun is the chance to strike the primer a second time should a round fail to fire. Simply pull the trigger again. You might not feel the need for this with a range gun loaded with fresh ammunition, but carry guns that have had their ammunition exposed to the humidity and temperature cycles of daily carry may need it. The same can be said for aged ammunition.

In any case, if you’re not one who wants to keep track of cycling your carry ammunition frequently, especially if you live in humid climates, a DA/SA gun is a good choice for a little extra assurance. The second strike ability of the TPR 380 Plus is also desirable if you’d rather fire a round than dump it on the ground.

Fortunately, the TPR 380 Plus can offer 15+1 rounds of capacity, so the striker-fired training regimen of immediately racking out a failed round is something you can run with here. Aside from increased capacity, the TPR 380 Plus is also broader which increases the surface area across your hand for reduced felt recoil. This makes the already pleasant .380 experience even more pleasant. If you don’t think pistol width plays a role in recoil comfort, try the discontinued PT709 Slim.

So what do you get for under $400? See the tabletop video below for a look at what’s included, fit, and finish.

With the new design it’s safe to assume slide mass has changed. Since direct blowback operation is dependent on slide mass and spring strength, I was curious if reliability would be any different.

Add to that the wide variety of .380 ACP ammunition we have in the US and there could be some rounds the Argentine pistol just doesn’t like. Muzzle energy numbers are one thing, but how does that translate into hitting a steel target? This and more was tested for the Shooting Impressions video.

For the text-only types out there, through 12 loads tested there were zero reliability issues and the TPR 380 Plus had zero malfunctions. We did experience some knuckle-banging as the aluminum frame hit against the thumb knuckle of two different shooters. I assume that’s a training issue as we both shoot with a modern high-hold on the gun.

The TPR 380 Plus is sprung on the light side to enhance reliability. Viewers of the channel have reported that swapping recoil springs with a heavier spring makes for a more pleasant shooting experience.

Specifications of the TPR 380 Plus

Accuracy * * * *
The sights seemed to be slightly off out of the box, but there’s no denying a fixed barrel is about as accurate as a firearm of this size can be. With some adjustment I’m sure we could do better.

Concealability * * * *
Larger than a pocket gun, but smaller than a typical sub-compact. The TPR 380 Plus’s Rounded edges will help with concealment.

Overall: * * * * 1/2
Modern “1.5 stack” guns are smaller with the same capacity, but a potentially snappier shooting experience. For the money you’ll be hard pressed to find a better gun with similar attributes.