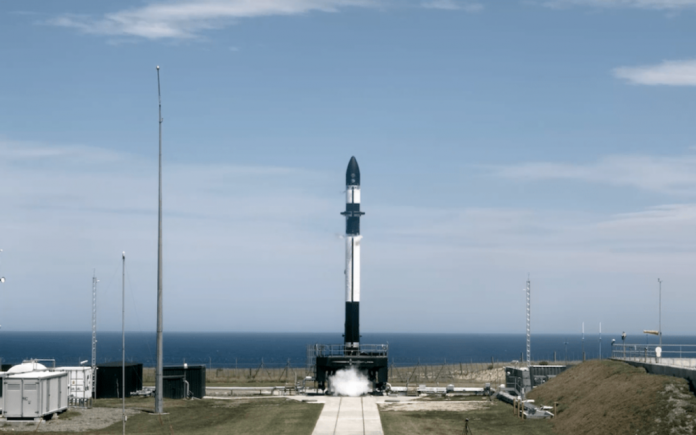 WASHINGTON: Two new satellites set to be blasted into space by Rocket Lab’s Electron rocket were developed by the US National Reconnaissance Office with the Australian government — and represent the spy agency’s push to expand cooperation with close allies.

“NROL-162 and NROL-199 carry national security payloads designed, built, and will be operated by the National Reconnaissance Office in partnership with Australia’s Department of Defence,” an NRO spokesperson said in an email. “The NROL-162 & 199 missions are the latest examples of NRO’s commitment to enhancing relationships with U.S. allies and partners.”

While “details about the payloads and its missions are protected,” the spokesperson explained that the collaboration stems from the September 2021 Joint Statement on Australia-U.S. Ministerial Consultations (AUSMIN).

During that meeting, NRO and the Australian defense ministry “committed to a broad range of cooperative satellite activities that will expand Australia’s space knowledge and capabilities,” according to the statement. “This collaboration will also deliver meaningful contributions to the NRO’s enduring pursuit of a more capable, integrated, and resilient space architecture designed to provide global coverage in support of a wide range of intelligence mission requirements.”

The Defense Department in February signed a first “call to action” for military space with Australia, Canada, France, Germany, New Zealand and the United Kingdom that pledges all to intelligence sharing and seeking “collaborative opportunities” for developing new capabilities.

For its part, NRO also has personnel at the Joint Defense Facility Pine Gap radar station in New Zealand and the communications station at Royal Air Force Base Menwith Hill, United Kingdom.

In May, NRO and the British Ministry of Defence announced that they were collaborating on the UK’s first satellite to be launched from its own territory, at a new facility in Cornwall, using UK-headquartered Virgin Orbit. Virgin’s LauncherOne, which takes off horizontally from a modified Boeing 747 called Cosmic Girl, will carry two experimental Cubesats for the British Ministry of Defense, collectively know as the Prometheus-2 mission. The shoebox-sized spacecraft “will provide a test platform for monitoring radio signals including GPS and sophisticated imaging, paving the way for a more collaborative and connected space communication system with our allies,” the MoD press release said.

“It’s a huge honor to fly NRO payloads because these payloads are of national importance,” Rocket Lab CEO Peter Beck told Breaking Defense in an interview July 6, noting that SpaceX and United Launch Alliance up to now that have been used by the US spy agency.

As for launch customers, Beck said Rocket Lab’s base is roughly half government and half commercial.

The private company has two launch pads at its private space port in Mahia, New Zealand, but also in April broke ground at Wallops Island in Virginia for a new facility optimized for its new Neutron rocket, a next-generation reusable booster.

The upcoming two NRO launches will be the fifth and sixth of the year for the company, Beck added. The goal, he said, is to successfully complete 12 launches by year end.

Further, the company on July 6 announced a new initiative that will allow customers to, among other services, essentially buy a launch on a “will call” basis. The Responsive Space Program is “designed to on-ramp commercial and government satellite operators to the Company’s 24/7 rapid call-up launch capability and streamlined satellite build and operation options,” the release said.

Beck said that while the company is best known for providing launch services, a large part of firm’s business base is actually in space systems, like radios and software. While the quarterly percentages vary, on average aerospace systems make up “50% or greater” of the firm’s revenue, he said.

“We provide a tremendous amount of of satellite componentry and systems all around the world, whether it be Japan, South Korea, Germany; just about every country has Rocket Lab,” he said.