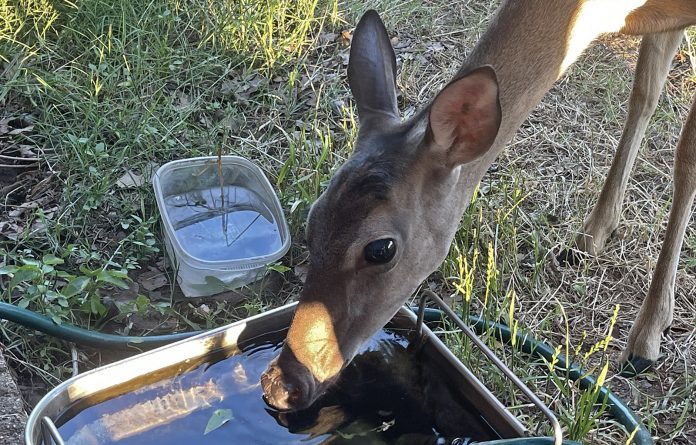 At first light I could see deer already. They were in the farm field to the south and in the strip of woods to the right (west) of the house. Straight up, the movement of me walked outside would have been picked up by the deer and they would have moved on. When I could get out unseen I did. Minutes later the 3 deer below browsed by 40 yards to my left.

A few more deer came through the area, some browsing, and some hurrying toward the deer bedding areas downhill from me. In a while something very cool happened. I

had just noticed a doe walking nearby. I touched the On button on my Sony. The doe stopped and looked my way. That target you see laying on the ground is 20 yards from the chair on my front porch that I sit in to watch for deer. I took the doe’s picture. 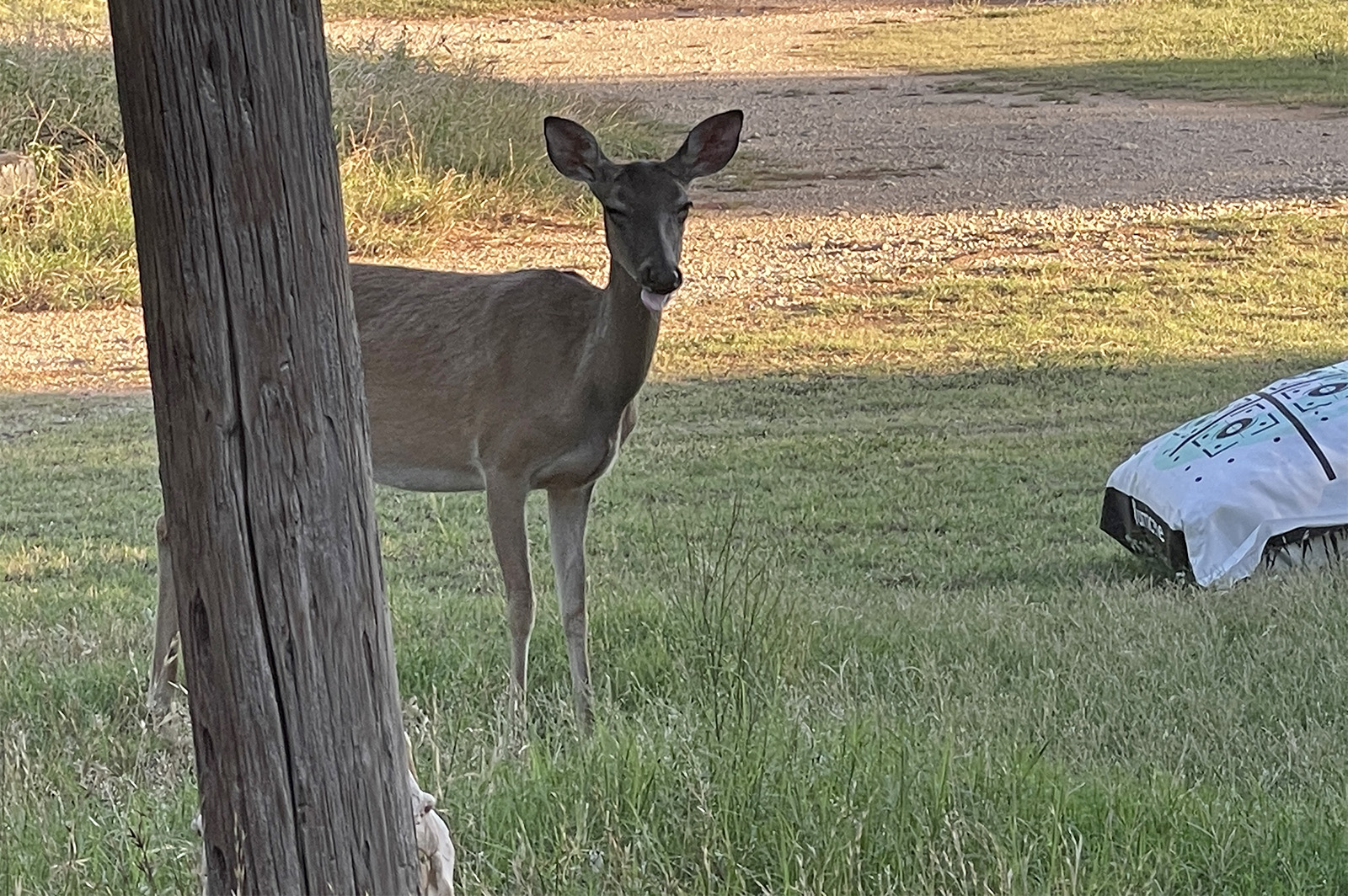 I stayed still. Basically, I do not want to spook deer, even if its not hunting season. The doe began walking my way. In this picture she is pretty close. 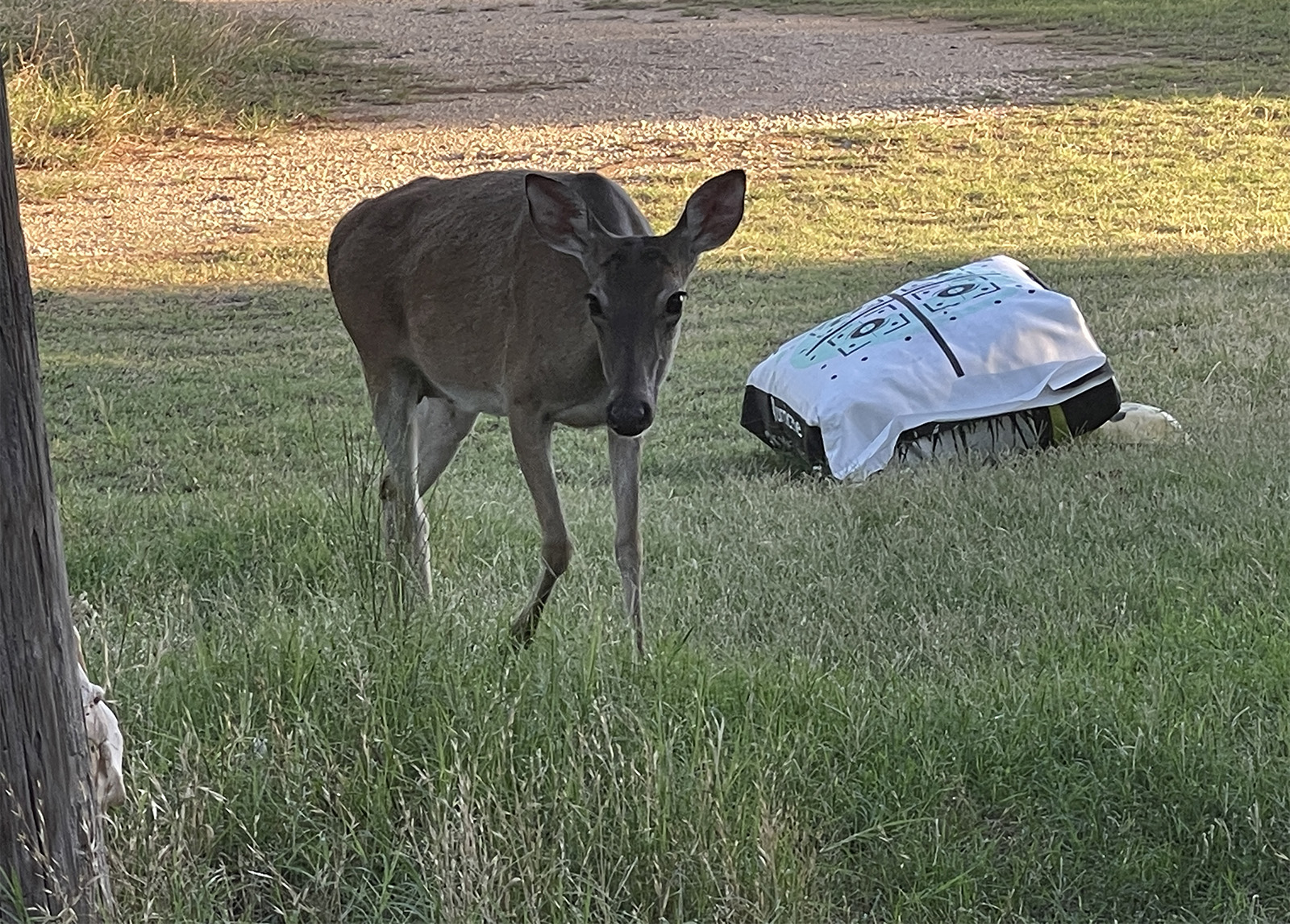 Now the doe was over with watching me and started moving in my direction. Notice that she is licking her lips, right then and there I realized what was on her mind. 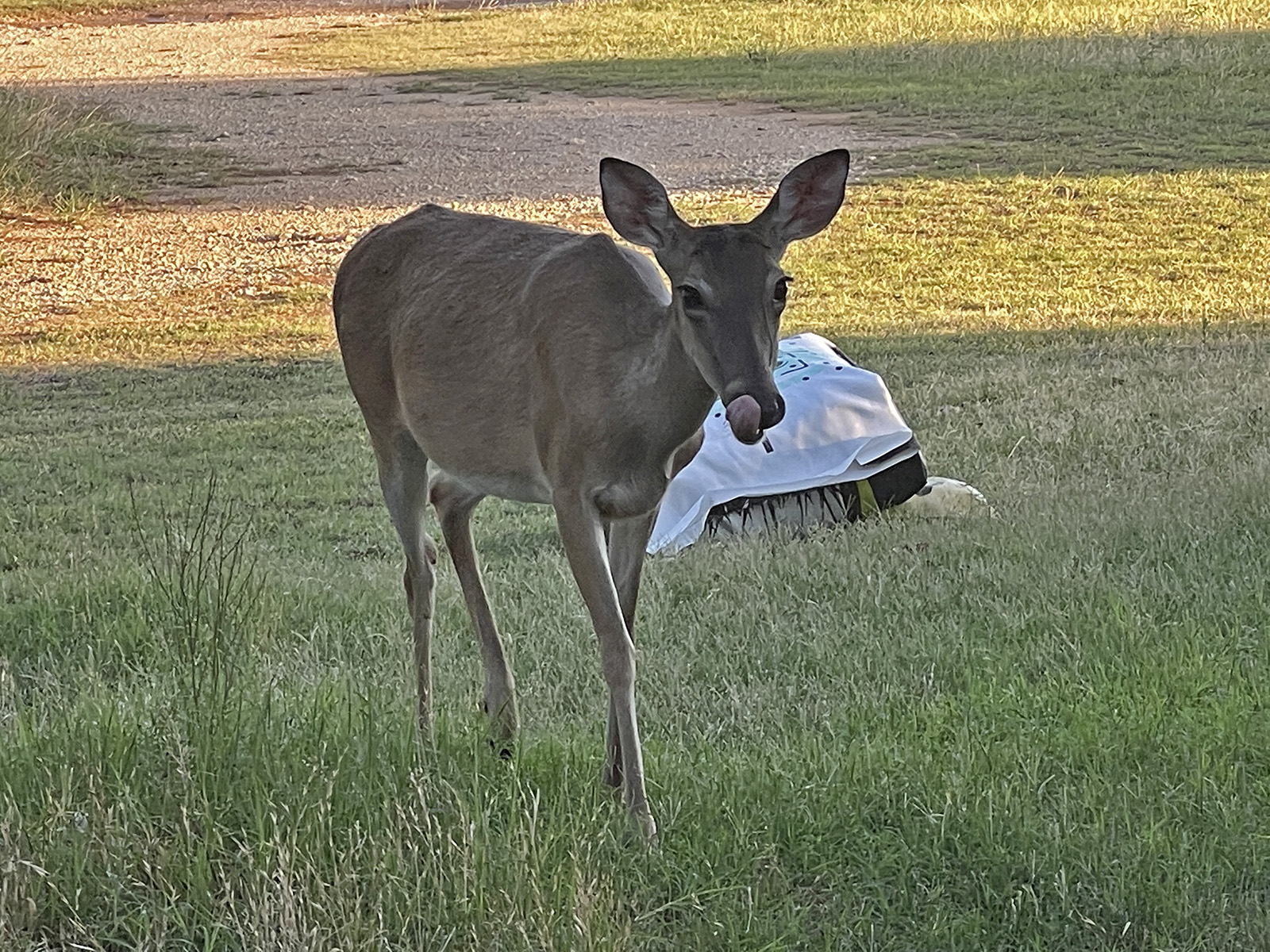 The doe is super close now. I’m using a real camera, my right elbow is braced on the arm of my chair, the camera is up to my face and my eye is looking through the viewfinder.

It’s obvious what the doe intends to do next. The Zoom button is right by the Take-A-Picture button. And the zoom was on just a little. So when the doe’s head passes behind the brick porch column I touch the zoom control and run it back to zero. 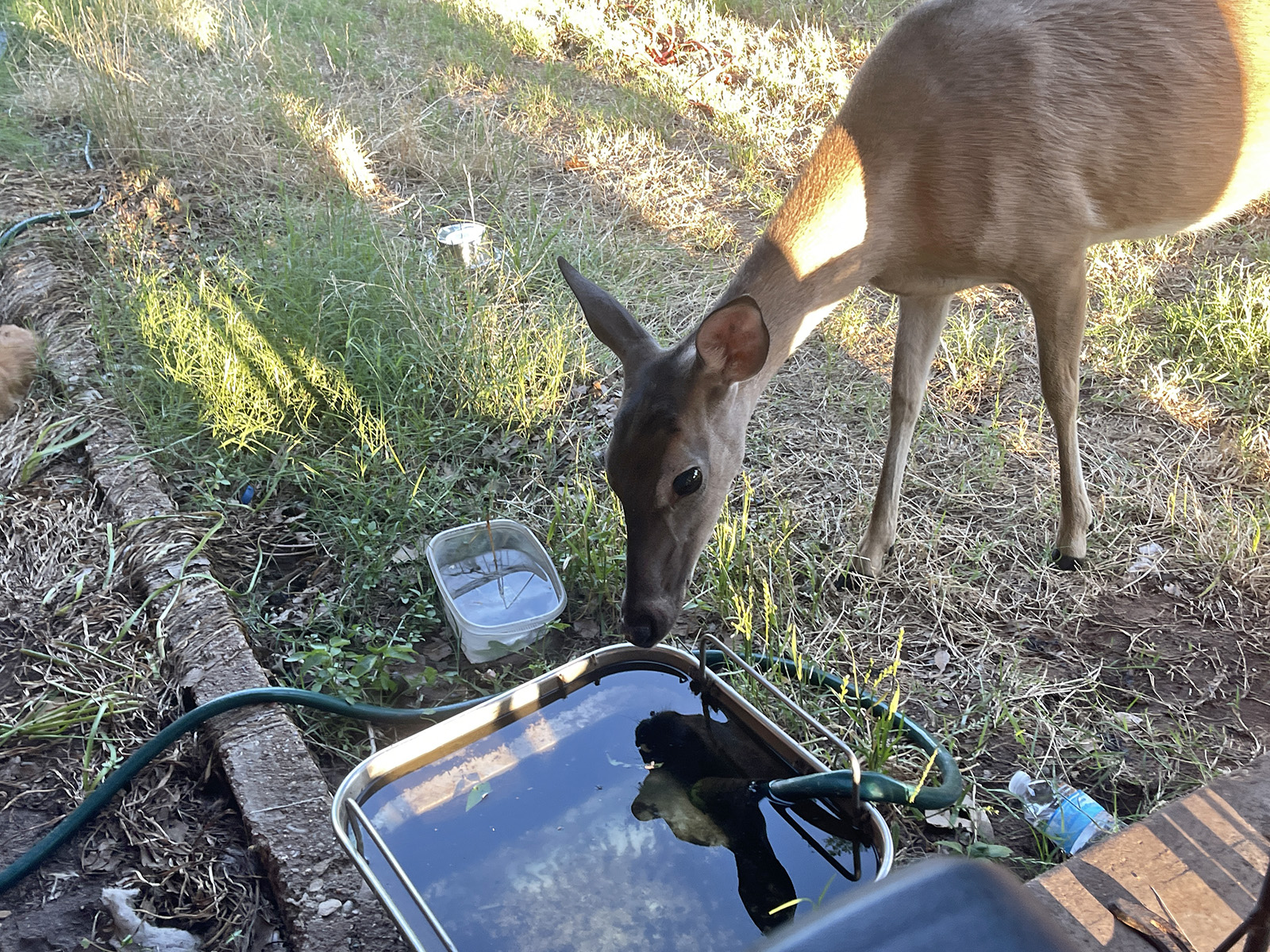 By the edge of the porch I have a metal container that I put water in so that my mouser cats have water to drink. This year is drought-dry and instead of every 4 or 5 days I have to fill the water up every morning. And now you and I know why. 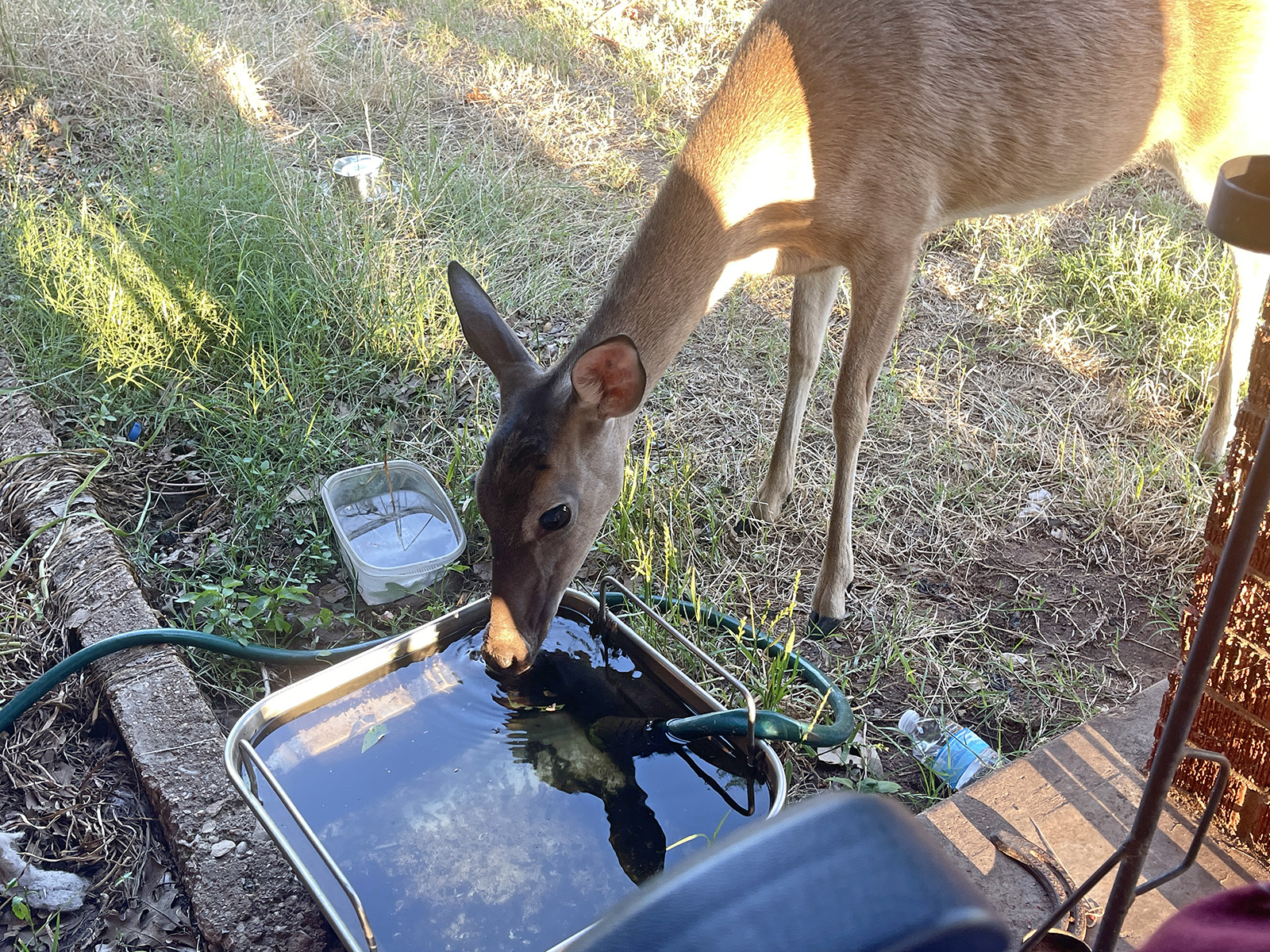 The doe is getting after some water. In the last two pictures hou can see the ripples from the deer drinking. 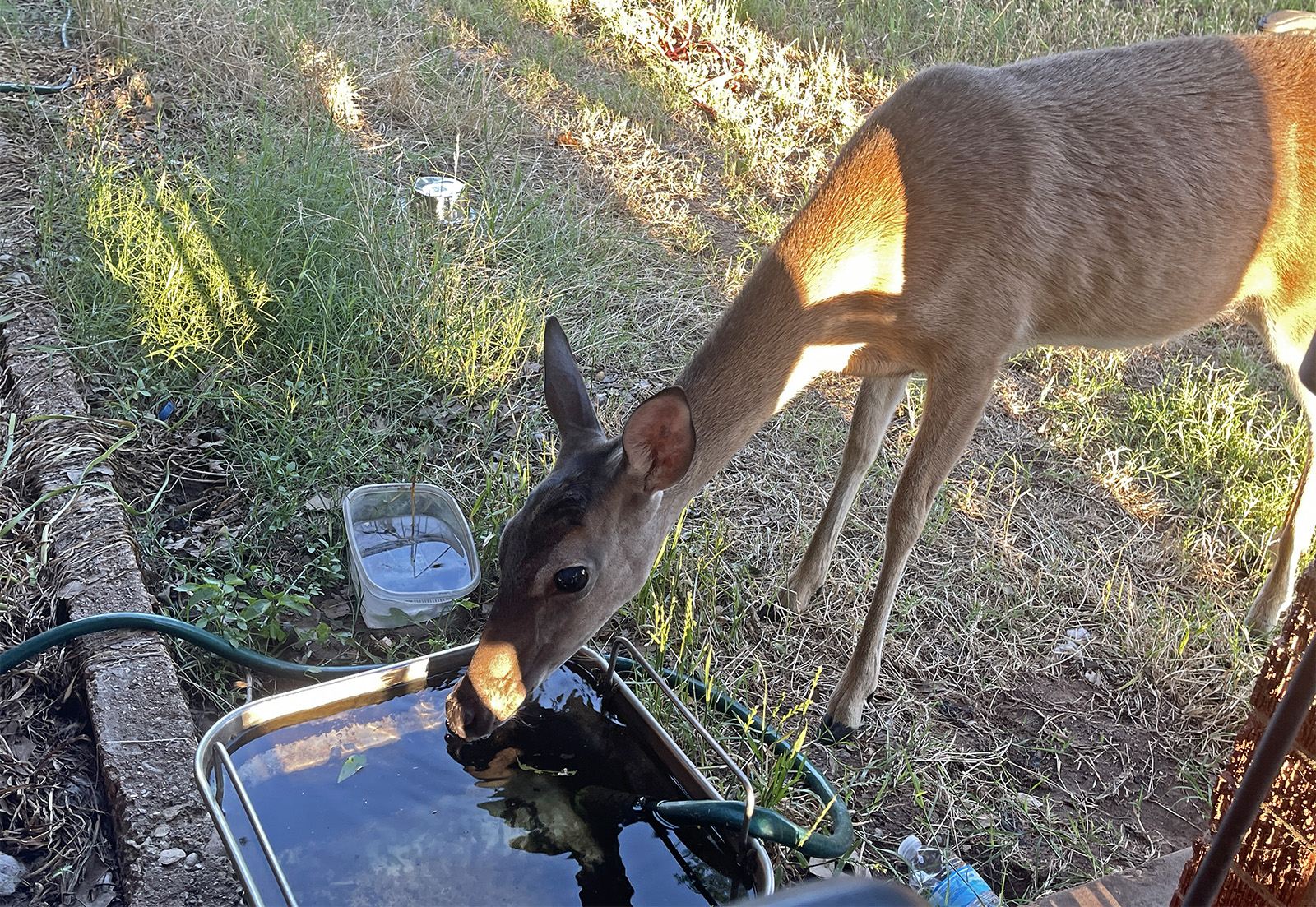 The doe continued to drink and I couldn’t help myself, I zoomed in closer. 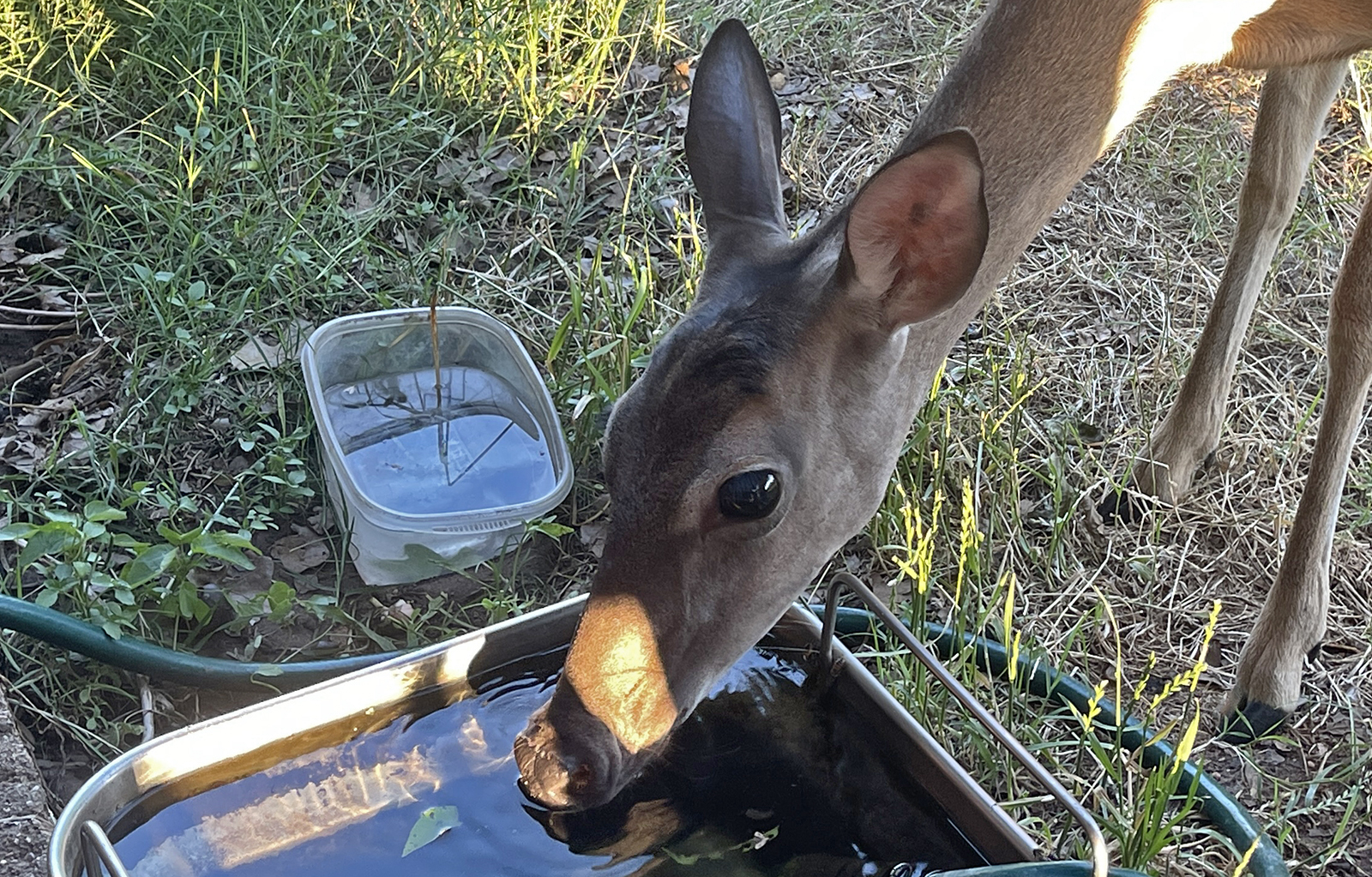 The drinking continued for a while and, once done, she walked away, 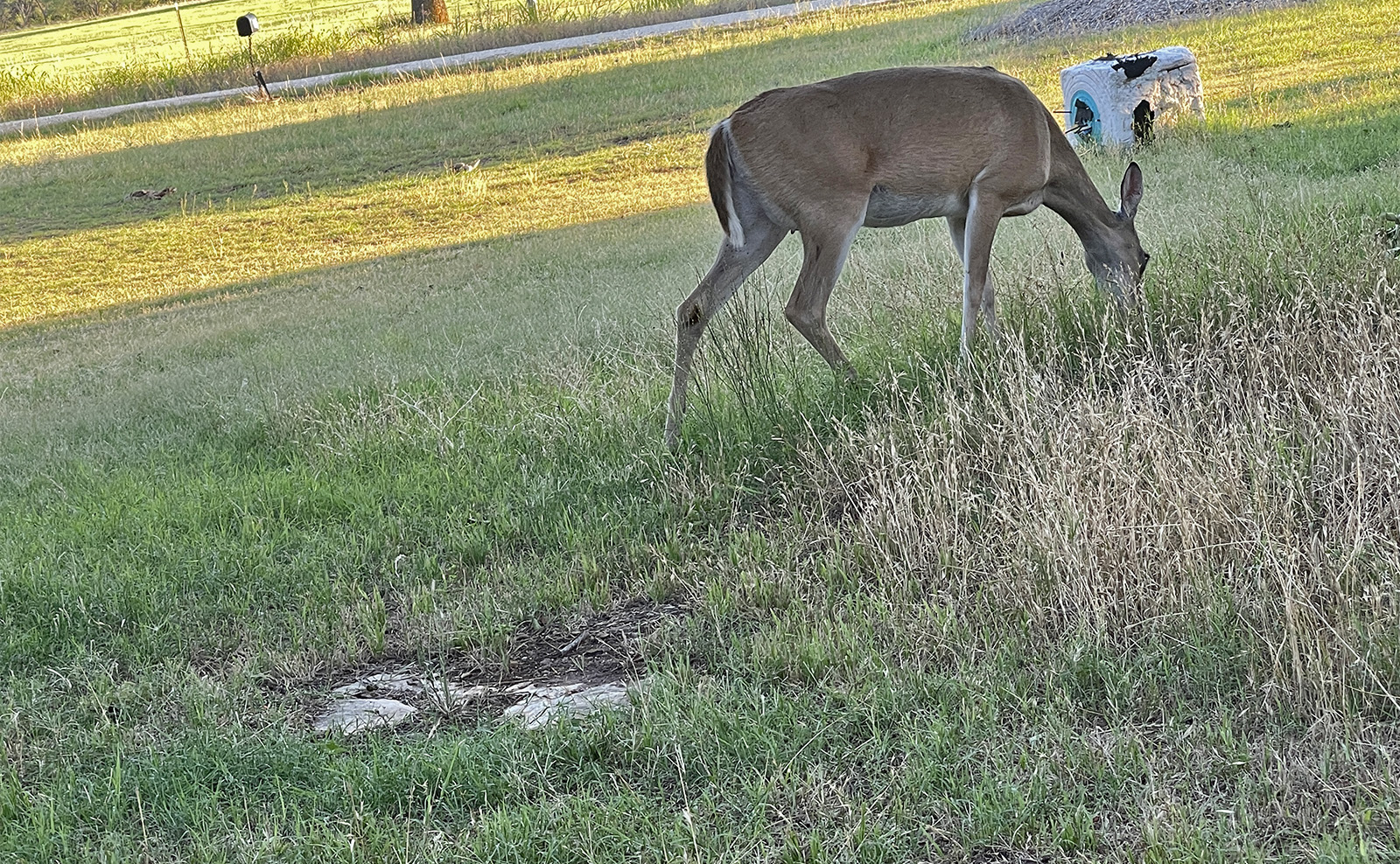 You never know what’s gonna happen when you really do live in the deer woods. Hmmmm, I wonder if I could pull this off and get some video?

What Do You Look For In A Hunting Knife? A Beginner’s Guide