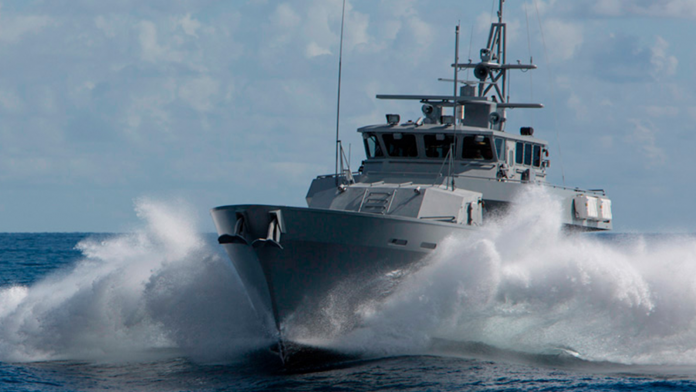 “The navy recently received eight new drones, of flight duration up to 50 minutes, through a program of the United Nations Office for the Control of Crime and Drugs, UNODC, aiming to increase the capabilities of the service and specialized inspection teams in the field of maritime interception,” Navy Commander Senior Capt. Haissam Dannaoui told Breaking Defense in an exclusive interview. “These drones will be placed in centers close to the borders and onboard relatively large boats during their missions near the Lebanese territorial waters.”

Dannaoui didn’t specify the type of drones, but sources told Breaking Defense that they are rotary unarmed drones equipped with surveillance and reconnaissance features.

“This is the first time we [are adding] drones to the navy’s equipment, to increase the productivity and fac 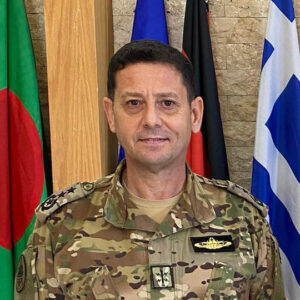 e challenges during the implementation of the many tasks required by the navy,” Dannaoui said.

He added that these unmanned aerial vehicles will help in maritime borders controlling operations, especially in missions related to people smuggling and illegal immigration.

“The UAVs will be integrated with the navy’s advanced radar control network. In addition to boosting our surveillance and monitoring capabilities, they will help reduce the consumption of available interception boats,” he highlighted.

Dannaoui said “a number” of navy personnel have already been trained on the UAVs “by foreign experts” from the UN program, “and work is currently underway to start implementing practice hours for these crews to ensure the proper use of the drones and reduce the risk of losing them or being exposed to accidents.”

Using UAVs on some missions, rather than ships, is expected to reduce the boat maintenance time and cost – a critical concern as the country is still in the grip of an economic crisis since 2019.

The navy is evaluating the status of all its vessels and comparing the cost of maintenance with the returns, to remove the very old ones from service. The navy has a total of 65 vessels, some which are more than three decades old.

“Most of the fleet consists of boats that are over 30 years old and have become a threat to servicemen,” Dannaoui said, “especially [since] these ships are not suitable for dealing with the dangers and difficulties that the naval forces may face during the implementation of missions.”

Others are rigid hull inflatable boats (RIBS) that the navy received from the US and France, and upon which the naval forces depend s them to carry out missions.

“To fill these gaps, the naval forces do not hesitate to resort to friendly countries through their leadership to provide the needed support,” Dannaoui told Breaking Defense, nothing that his country expects to “take delivery medium-sized boats from the United States of America soon.”

The Lebanese navy is charged with a number of missions that include: securing the sea line of communications to Lebanese ports, defending the state interests in the economic zone, defending the regional waters and the Lebanese coast from any naval military aggression, fighting terrorism, illegal immigration, smuggling and trafficking of narcotics, providing naval support and early warning to the armed forces, participating in joint military operations, and protecting natural resources and national interests along the coast and the regional waters.

Illegal immigration and human smuggling, especially, has grown as a concern as the economic situation deteriorated in Lebanon.

“Recently, the cooperation between the Navy and Air Force in maritime domain activities has increased, including but not limited to search and rescue operations and exercises to raid ships,” Dannaoui told Breaking Defense. “Each service has its capabilities. In order to achieve integration and unify efforts, those officers will ensure communication between the command posts of both services.”

More Ships On The Way, For A Focused Naval Mission

In February 2022, the Navy announced that it will receive Protector-class coastal patrol boats as a military aid from the United States of America.

Dannaoui  assured Breaking Defense that the delivery of the three Protector-class boats, 27 meters long each, is on schedule.

“It is expected that the boats will be received from the United States by the end of this year, 2022. As for the issue of French and Italian military aid for ships, there is nothing new in this matter and it is still pending,” he said.

Lebanon previously held negotiations earlier with French shipbuilders to procure four offshore patrol vessels, each between 65 and 75 meters long. Also, there have been negotiations with the Italian government about a potential donation of frigates.

In January, the Lebanese Navy received a donation from Italy of a 12-meter-long multi-purpose boat known as a Rigid Inflatable Boat, and a similar donation is expected later this year.

The Navy also took delivery of a donation from the United States, consisting of 18 rigid hull inflatable speed boats in the SAFE 44 variant.

“There is an appreciation at LAF [Lebanese Armed Forces] Command that maritime development is a priority area of focus for future fiscal cycles of national defense resources and donor-support Lebanese military capability development. Maritime development is, after all, one of the most resource-intensive aspects of developing national military power,” said Aram Nerguizian, the senior advisor of the Program on Civil-Military Relations in Arab States at the Malcolm H. Kerr Carnegie Middle East Center.

Nerguizian highlighted that Lebanon is not focused on developing a blue water navy, nor does it need to be a force intended for ship-to-ship combat operations.

He pointed out that with input from the LAF, the key partner nations like the United States have a clear appreciation for the LAF’s real-world requirements for a constabulary navy that:

– can deploy at sea for longer periods of time and at rougher sea states;

– can support shore-based radar with support vessels at sea with limited but complementary radar and ISR capabilities;

– can fulfill a maritime search and rescue (SAR) role in support of obligations ranging from offshore oil and gas to illicit people smuggling;

– and can have a rapid reaction capability to deploy special forces (SOF) in the maritime domain.

“Such a force would be a mix of coastal cutters and patrol craft – not unlike the ones the US is providing to the Lebanese navy, and smaller RHIB and deployable patrol craft. It would also be a force that, hypothetically, could integrate two or three modified/retrofied commercial offshore support vessels to operate as long-term platforms for radar, SOF and SAR,” he said.

Lebanon recently held national elections in March, but Nerguizian said it hasn’t had an affect on the US stance towards helping the Lebanese military.

“US military aid has been largely unaffected and is moving apace regardless. There is a de facto US security assistance roadmap that is regularly updated to adjust for LAF requirements over time, and this roadmap takes stock of LAF maritime requirements,” Nerguizian said.

For his part, Dannaoui  is clear-eyed about the challenge of securing such a long maritime border, even if it’s a collaborative job not just with the other military branches, but civilian and law enforcement agencies as well.

“It is worth mentioning that the process of fully controlling maritime borders is almost impossible even in the most developed and equipped countries. In spite of this, it must be noted that the Navy showed unparalleled productivity in the process of border control through the results achieved that began to appear from 2019 to date,” he said.

Dannaoui  said his service has seen success since it started identifying the gaps related to radar coverage and is filling them through a radar network development project with that was a German support and with US aid recently.

The Navy is in the process of installing a radar network along the coast consisting of four stages, whereby the first two stages were completed in previous years and the third phase, which includes integrating data transmission network and the operation of radars and thermal cameras, is nearing the finish line.

“We are in the process of completing the third phase of developing the radar network, since the equipment to be installed during that phase has been completed, with few flaws in the equipment that is being dealt with,” the navy chief said.

With limited resources and enormous number of tasks on its shoulders, the radar and the UAVs signify a major step forward, with hopes of increasing the drone numbers for better surveillance and border control in the future.