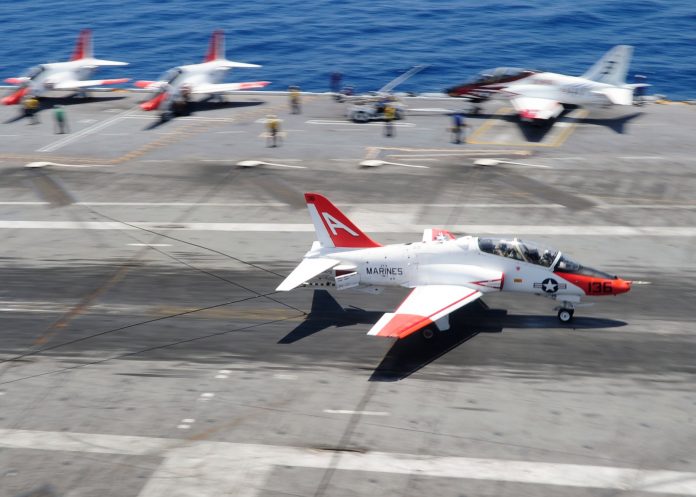 WASHINGTON: The Navy recently demonstrated a new training device designed to help prepare its pilots for potential emergencies in the air by having them feel the effects of oxygen deprivation while safely on the ground, the latest tool in the service’s years-long struggle with the phenomena known as physiological episodes.

The “Mask on Breathing Device,” which the service demonstrated for senior brass on July 7, lets pilots feel the symptoms that could occur during flight that would lead to a physiological episode, ranging from hypoxia to hyperventilation and “air hunger.” The service has delivered 10 devices to date and plans to install 35 throughout the fleet’s training centers.

“This groundbreaking training device enables naval aviators to recognize how they personally respond to breathing distress and allows them time to execute emergency procedures prior to becoming incapacitated,” Capt. Kevin McGee, a service program manager, said in a July 12 statement.

Physiological episodes, or PEs, are a long-standing problem for both the Navy and Air Force. A PE is characterized by a pilot body’s adversely reacting to the intense pressures of flight, combined with issues with the aircraft, in ways that can debilitate or even incapacitate the pilot.

The service experienced the highest number of PEs per flight hour in 2017, roughly 71 events per 100,000 flights hours in the T-45 trainer, according to Navy brass. The pressure from those statistics combined with growing outrage on Capitol Hill led the service to investigate to the “root cause” of the episodes in 2019. The conclusions of that study led to various technical changes onboard the service’s aircraft to help pilots identify when an episode may be imminent, but it also left a frustrating reality for both the Pentagon and lawmakers. 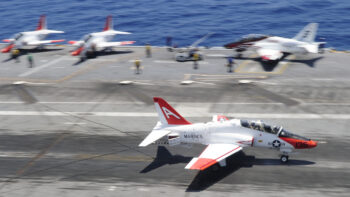 The Navy experienced a peak number of physiological episodes in 2017 with 71 incidents per 100,000 flight hours on the T-45 Goshawk, pictured above. (Photo courtesy of US Navy.)

There is no singular root cause to physiological episodes. It is a combination of many factors including both the environment inside the cockpit as well as the pilot’s health that could lead a pilot to blacking out mid-flight. That complicated reality underscores the importance of why the service is aiming to acclimatize pilots to the sensation of an oncoming episode before they get airborne.

Although the number of physiological episodes steadily decreased from its peak in May 2017, the admiral who led the root cause investigation told reporters at the time the reason for the spike was never discovered.

Atop the Indo-Pacific Watchtower: 5 stories from 2022

The 7 Best Days of the Whitetail Deer Rut for 2022