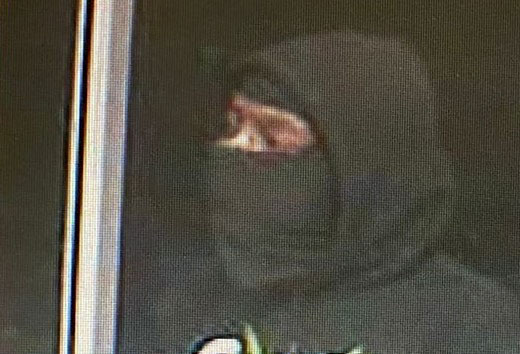 The 7-Eleven convenience store chain offered a $100,000 reward Wednesday for information leading to the arrest and conviction of a masked gunman suspected of robbing six Southern California stores, killing two people and wounding three others.

A clerk, Matthew Hirsch, 40, was shot and killed at a Brea store and Matthew Rule, 24, was gunned down in the parking lot of a Santa Ana store during a five-hour string of holdups Monday morning.

Police in Ontario, Upland, Riverside and La Habra have said they believe 7-Eleven robberies there also are linked.

A customer was shot in the head and gravely wounded at a Riverside store and two people, one of them a clerk, were shot in La Habra but were expected to survive.

The Riverside shooting victim was identified by his family as Jason Harrell, 46. He was breathing on his own and was no longer in a coma, his brother David Makin told KNBC-TV.

“He has to keep fighting. Jason is a fighter and so we fully expect him to fight through his whole thing and win this battle,” Makin said.

Both of the La Habra victims were released from a hospital on Wednesday, KNBC-TV reported.

One victim, Russell Browning, 60, lost many of his teeth when the gunman shot him in the mouth as he sat in his car, the station reported. The bullet came out through his cheek.

Browning had picked up milk and doughnuts at the store and was heading to his job as a truck driver, his family said.

“The wrong place at the wrong time. That’s all it can go down as,” Browning told KNBC-TV as he sat in a wheelchair.

Authorities have shared images of a masked man wearing what appeared to be the same black sweatshirt with a hood over his head. The sweatshirt had white lettering with green leaves on the front.

“We are currently working with the local police to spread the news in the community” about the reward, 7-Eleven officials said in a statement. It said tipsters can anonymously contact Orange County Crime Stoppers at 855-TIP-OCCS.

All the attacks took place on July 11 — or 7/11, the day when the company celebrates its anniversary.

However, investigators haven’t said whether the date may have played a significant role in the attacks.

First Aid vs. Guns: Which Training Is More Important?