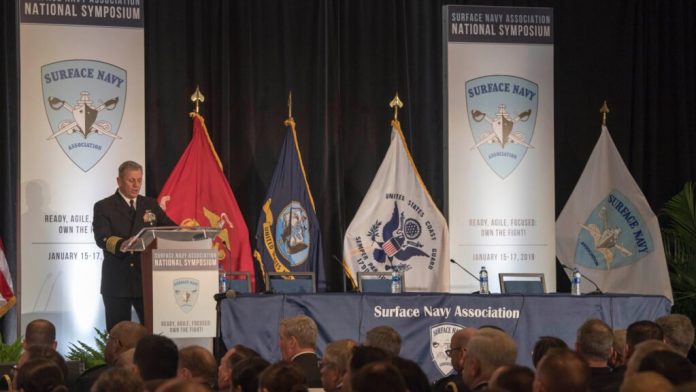 WASHINGTON: The Navy announced today it had dispensed punishments for 27 individuals considered at least partly responsible for the destruction of the Bonhomme Richard (LHD-6), and issued a letter of censure to a retired three star admiral.

The letter of censure was issued to Vice Adm. Richard Brown, who was the commander of Naval Surface Forces, Pacific Fleet at the time of the July 2020 fire.

“You failed to identify and mitigate against the lack of oversight that contributed to the loss of the ship,” Navy Secretary Carlos Del Toro wrote in the letter of censure. “Accordingly, you are hereby censured for failing to effectively ensure appropriate levels of training and readiness in units under your command.”

In a statement to USNI News today, Brown accused the Navy of abandoning him for “political expediency.”

Adm. Samuel Paparo, chief of US Pacific Fleet, was the “consolidated disposition authority” (CDA) and ultimately responsible for deciding the 27 individual disposition decisions, which were focused on the “ship’s fire prevention, readiness, and response efforts.”

Paparo issued a variety of nonjudicial punishments ranging from six with “guilty findings” to three non-punitive letters of caution. (Nonjudicial punishments in the military serve as a way for commanders to discipline subordinates for infractions without resorting to more serious processes such as a court martial.)

The letter of censure and nonjudicial punishments are separate from the criminal proceedings against Ryan Sawyer Mays, the sailor accused of igniting the fire that destroyed the amphibious warship. He has denied starting the fire.

The service in its Friday statement also said the announcement does not reflect “the entirety of corrective actions” following the fire.