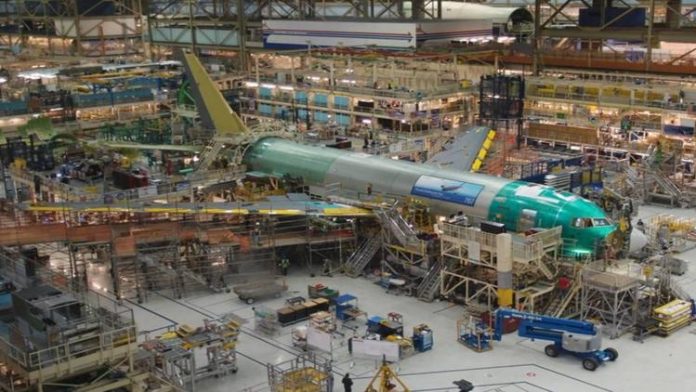 LONDON: Over the past several years, Boeing’s defense business has racked up billions of dollars in cost overruns on fixed-price contracts like the KC-46 tanker and new Air Force One planes. But while the unit’s new chief executive declined to say for certain that company will be less aggressive in offering low-ball bids for future programs, he said it does plan to “take a different approach” in some cases based on lessons learned from past mistakes.

“We’ll take the approach that makes the most sense,” Ted Colbert said in one of his first interviews with reporters since he became CEO of Boeing Defense, Space and Security in April.

“We have learned a ton of lessons, especially around contracting,” he said. “Frankly, we’ve had a discussion with our customers in the procurement space about those lessons learned. And we’ve all learned. So we’re working together to make sure that anything we do going forward will heighten the probability of getting things done in a timely manner.”

Under the terms of a fixed-price contract, a company is responsible for paying for any expenses above a certain price ceiling. Boeing is locked into fixed price agreements a host of major aircraft programs, such as the KC-46 tanker, MQ-25 tanker drone, T-7A trainer jet and the VC-25B, which will eventually become the next presidential transport aircraft.

On several of those programs, Boeing has logged major losses due to technical and supply chain difficulties, as well as the impact of the COVID-19 pandemic. Most significantly, KC-46 losses now total more than $5 billion on a $4.9 billion contract, while losses on the $3.9 billion VC-25B contract have risen to $1.1 billion, according to the company.

During an April earnings call with investors, Boeing CEO Dave Calhoun even went so far as to say its VC-25B contract with the Air Force — which then-CEO Dennis Muilenburg negotiated directly with then-President Donald Trump, who threatened to cancel the program —  was “a unique set of risks that Boeing probably shouldn’t have taken.”

During the roundtable on Sunday, Colbert also addressed criticism by Andrew Hunter, the Air Force’s acquisition executive, who has previously said that the service is working with Boeing to address a number of issues, including challenges with Boeing’s internal business systems and obtaining data needed to definitize agreements such as the first F-15EX contract.

“It isn’t about protecting [Boeing’s business interests]. Sometimes it’s just about clarity of question and clarity of answer in the back-and-forth that goes on in the process,” Colbert said. “One of the examples we’ve worked through on many of our programs is price reasonableness. Price reasonableness requires a lot analysis. And so it’s just like anything else — you do the analysis, you provide the answer, and you sort of lobby and go back and forth.”

That process can sometimes become complicated, he said, because there are humans involved who are trying to understand different information being presented. Colbert added that he has personally engaged with Hunter several times since he’s become CEO, saying that “anytime I feel like something’s not going the way it should be, you know, I call him or he calls me.”

When a Lost Kid Wanders into Your Camp