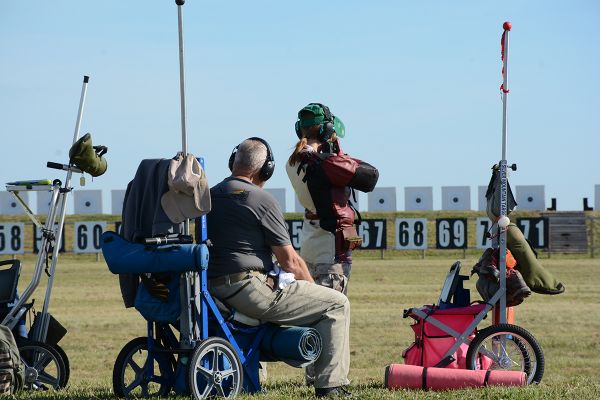 CAMP PERRY, Ohio – On the weekend of June 25-26, the Civilian Marksmanship Program (CMP), with the help of the Ohio Rifle and Pistol Association (ORPA), hosted a series of vintage and service rifle events on the grounds of Camp Perry – testing out the historic ranges before the annual National Matches are held in the same location in July.

Matches fired during the series included 800 Aggregate and Excellence-In-Competition (EIC) service rifle and match rifle events on Viale Range, as well as a Garand, Springfield, Vintage and Modern Military (GSMM) rifle match on Petrarca Range – both located on Camp Perry. Each competition utilized CMP’s outdoor electronic targets for the convenience of competitors on the firing line.

And don’t forget – it’s almost time for the National Matches at Camp Perry! See a full calendar and register for the variety of rifle, pistol, smallbore and air gun offerings firing in July and August at https://thecmp.org/cmp-national-matches/. Everyone is welcome!

The Civilian Marksmanship Program is a federally chartered 501 (c) (3) non-profit corporation. It is dedicated to firearm safety and marksmanship training and to the promotion of marksmanship competition for citizens of the United States. For more information about the CMP and its programs, log onto www.TheCMP.org.