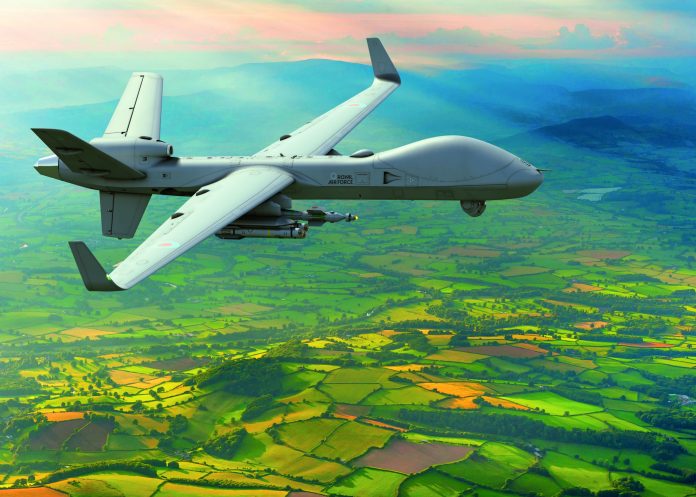 Protector RG Mk1, the RAF’s version of the MQ-9B SkyGuardian, is the next generation of advanced medium-altitude, long-endurance RPAS.

The UK’s wonderful airshows this summer are the next milestones on the countdown toward historic new strides in British and European aviation – an adventure playing out nowhere else in the world.

Continental militaries are strengthening and expanding their arsenals of unmanned aerial systems and at home in the United Kingdom, the Royal Air Force is set to become the world’s first operational user of the MQ-9B SkyGuardian, the world’s most advanced medium-altitude, long-endurance Remotely Piloted Air System (RPAS).

The RAF’s version is called the Protector RG Mk1 and Her Majesty’s Government is on track to accept delivery of its first aircraft this autumn from designer and manufacturer General Atomics Aeronautical Systems, Inc., based in San Diego. The Royal International Air Tattoo and the Farnborough Air Show provides an opportunity for the Royal Air Force to demonstrate their leading position on the cutting edge of aviation to a wide variety of UK stakeholders as well as International Partners and Allies.

Protector is the largest and most capable aircraft of its kind anywhere in the world, purpose built to lead a new generation of multi-mission aircraft for the most sophisticated users such as the Royal Air Force. Although it’s descended from the well-proven Predator family of RPAS, a fleet which has recorded more than 7 million flight hours, Protector is a whole new certified platform that stands alone and does things its predecessors never could.

The aircraft can operate in virtually all weather. It has de-icing and lightning protections. Its longer wingspan means it can operate longer, fly further, carry more, and operate from shorter airfields, increasing its versatility.

Protector has some of the world’s most versatile onboard equipment, including electro-optical infrared sensors that give it extraordinary vision over long ranges day or night; a synthetic aperture radar that lets it peer through dust, smoke, haze; and more.

It also has a proprietary Detect And Avoid System, invented and developed by manufacturer General Atomics Aeronautical Systems, Inc., that lets the aircraft and its pilots see everything in the air around them as well, if not better, than an onboard pilot would.

This system and other novel features mean Protector can integrate into civil airspace just as another normal aircraft would, something no other RPAS can do. This gives the Royal Air Force the best of both worlds: a highly versatile multi-mission aircraft that can fly missions for up to 40 hours and one that requires no special arrangements by military or civil aviation authorities. Protector’s pilots and crew can be located remotely from the aircraft fleet, simplifying the footprint required to deploy Protector rapidly, anywhere in the world. 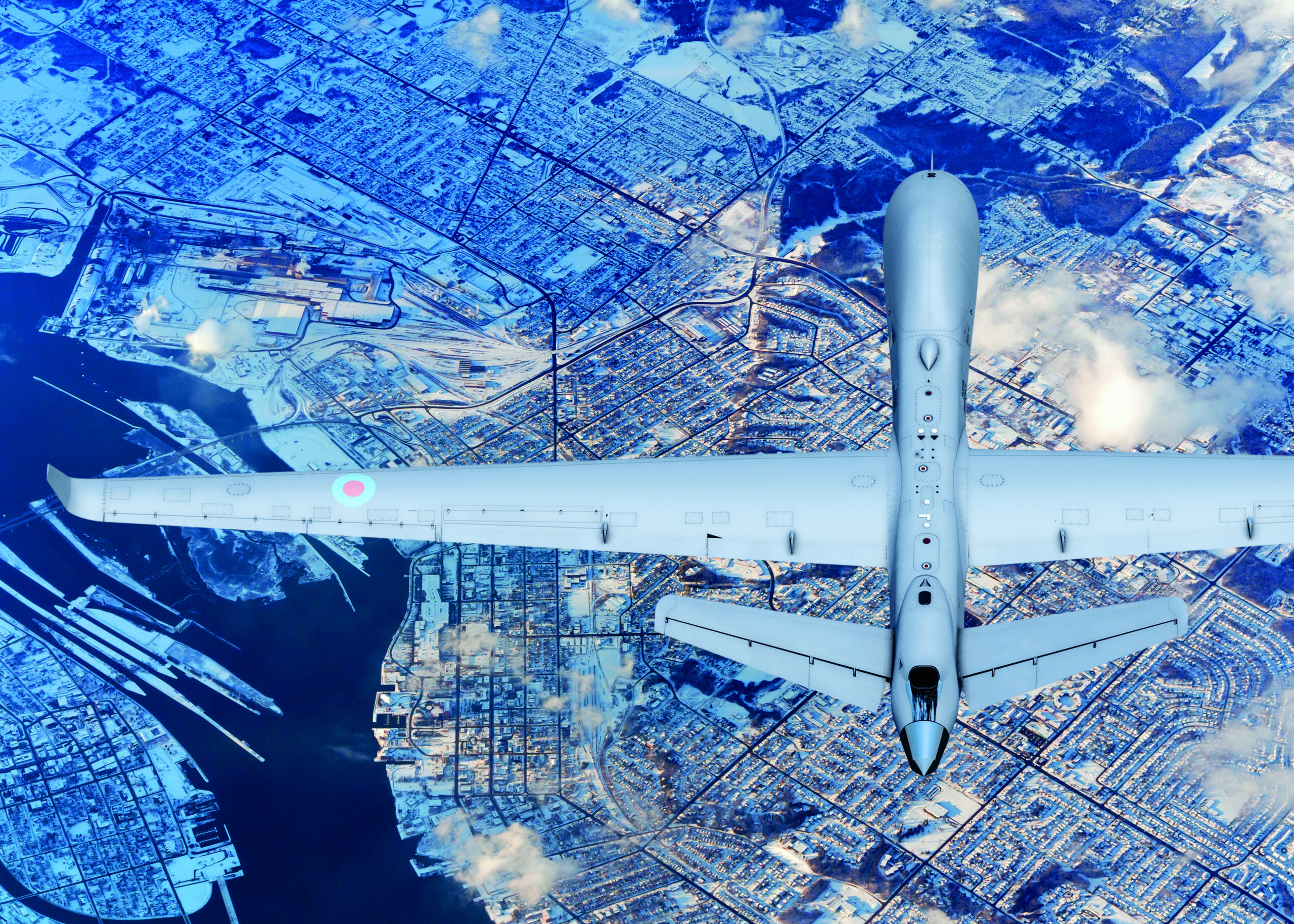 Protector is not only civil airspace compliant, but it is also able to withstand freezing temperatures and operate at high latitudes.

When Protector’s crew needs to talk with air traffic controllers, they simply do, just as any other pilots might as they’re making their way around national and international airspace. Last summer an MQ-9B demonstrated safe and normal flights through UK and international airspace as handled by the UK’s National Air Traffic Service; take a look at how it described the success of those operations.

All this technology and innovation is the significant final step in closing the operational gap between manned and unmanned aircraft. There is no need to set aside a special corridor of airspace and keep other aircraft out in order for Protector to make a transit flight. With Protector, Royal Air Force crews can simply log their flight plan, “file and fly,” as pilots say.

Although the UK is leading the way with these capabilities as the first operational user of MQ-9B, other nations aren’t far behind. Belgium, Japan, and other governments are adding these aircraft as well to take advantage of their rich versatility.

Medium-altitude, long-endurance RPAS such as the Protector are ideal for maritime security, border enforcement, search and rescue, ecological support missions such as wildfire fighting or infrastructure security, and much more. With the many additional sensors the aircraft can carry, they are powerful tools for safety and security.

A 360-degree maritime search radar, for example – like Leonardo’s SeaSpray, manufactured in Edinburgh – means that MQ-9B can patrol broad sections of important waterways such as the North Sea or North Atlantic and keep detailed watch of all the shipping in the area. Other payloads in use for other missions help extend communications networks, support wildfire responders, and more.

Protector and other RPAS also play a significant military role. They can accommodate a full range of munitions and, if needed, British or allied crews can use them to apply precise, effects against hostile targets.

Russia’s invasion of Ukraine this year provided a grim example of the continued importance of remotely piloted aircraft across the whole spectrum of security, intelligence, and military operations. And advanced users are responding. 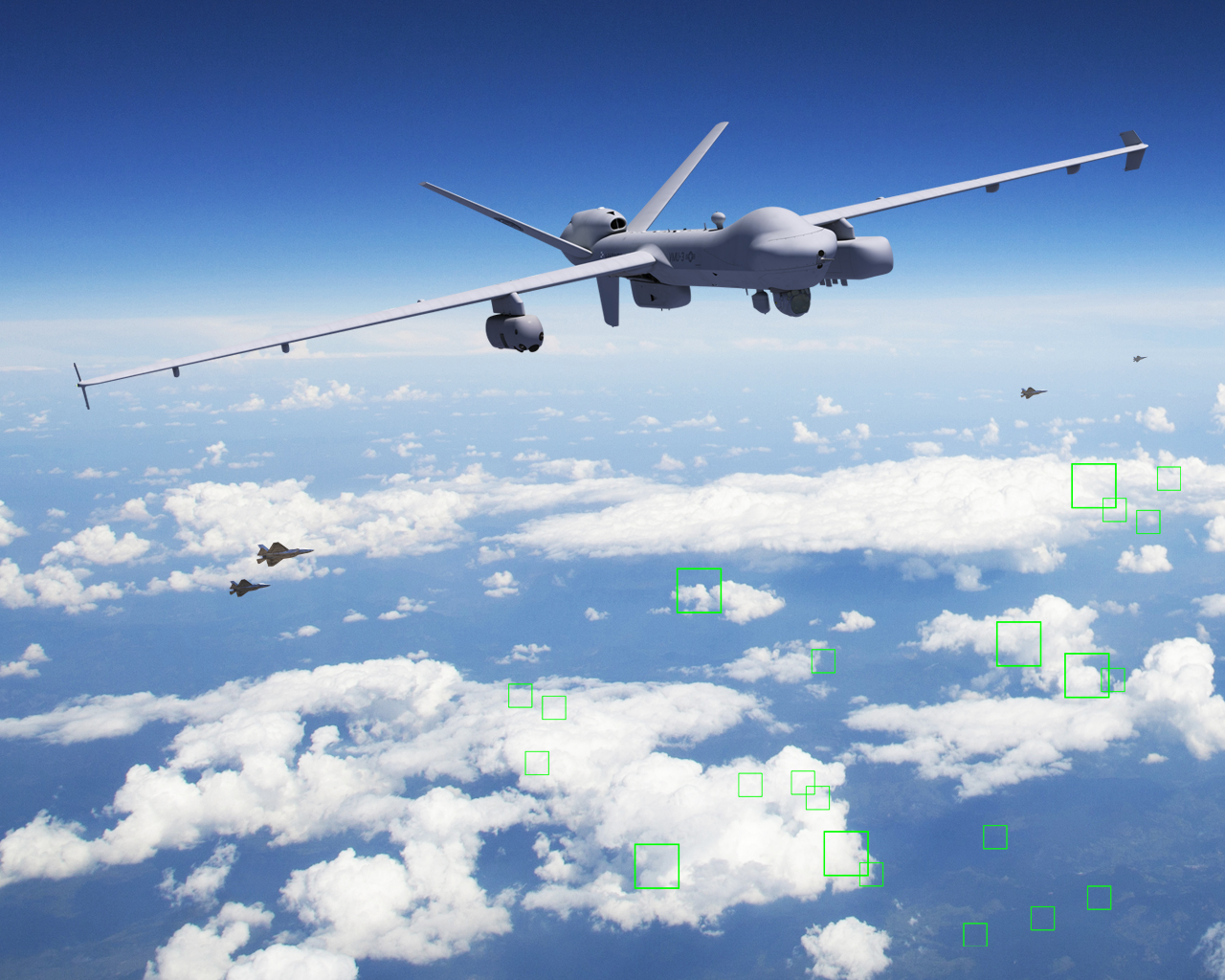 U.S. Marine Corps MQ-9A will be a crucial intelligence, surveillance and reconnaissance capability for the U.S. and its allies and partners in the Indo-Pacific.

Earlier-model MQ-9A Reaper aircraft also remain in high demand across the world. The Netherlands has begun operating its Block 5 model RPAS including in security operations in Curacao. The U.S. Marine Corps has made a planned new batch of aircraft the keystone in the arch of its new expeditionary advanced basing concept for the Western Pacific.

Other governments in Europe and Asia are upgrading their fleets too or on the verge of adding aircraft. Visitors to RIAT and Farnborough will hear the latest from the Royal Air Force and General Atomics Aeronautical Systems, Inc.

Plans call for the Royal Air Force to take delivery of its first aircraft this autumn with the rest of the 16 aircraft fleet to arrive after that. Although the Protector is being assembled in Southern California, it’s the product of a highly international and heavily British industrial effort, including components, systems, and support capability from across the UK.

By the time of the next RIAT in the summer of 2024, Protector aircraft will be aloft under the control of British crews, doing the work needed to keep the UK and its partners and allies safe.

Home Defense in the Boonies: Keeping Safe in Remote Areas

NATO Must Ensure Defense and Civilian Industries Work Together