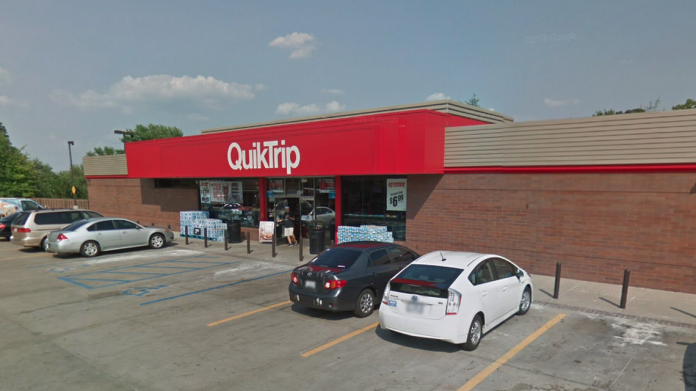 Police said a convenience store customer shot and killed an armed robber in a St. Louis suburb early Saturday. The QuikTrip customer, who St. Charles police identified only as a 26-year-old man from St. Louis, grabbed a gun from his vehicle and confronted the robber after he saw the man grab the clerk and hold a knife to her throat, according to the St. Louis Post-Dispatch.

The customer with the gun, who has asked to remain anonymous, told reporters that he saw the driver of a black SUV enter the store and immediately grab the clerk and hold a knife to her throat.

“I saw him grab her and drag her to the front to the counter, something wasn’t right when I saw that, so me being concealed carry, I had my gun on me and I just waited,” he said.

It happened around 3:20 a.m. on Saturday, July 16, in St. Charles, just outside St. Louis. The St. Charles Police Department said the 26-year-old robbery suspect, who is from St. Louis, died at a local hospital after being shot by a witness.

In the 25 minutes before he entered the QuikTrip, the suspect also robbed two other convenience stores, according to police. At a Mobile On The Run location around 3 a.m., he assaulted a 43-year-old female clerk as he stole money from two cash registers, St. Charles police said. The clerk suffered non-life-threatening injuries from knife cuts to her left wrist, right hand and neck.