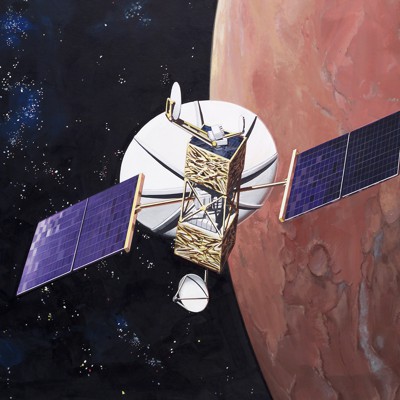 Two companies will build 28 satellite prototypes with enhanced missile-tracking abilities—and the promise of being able to keep up with next-generation hypersonics—after a $1.3 billion award, defense officials announced Monday.

The Space Development Agency awarded Northrop Grumman and L3Harris contracts worth approximately $617 million and $700 million, respectively, to build the tracking layers for satellite constellations with missile warning and tracking abilities.

The “other transaction awards,” which also include segments for launch services and ground operations and sustainment, are part of a longer term plan to field new satellites in low- and medium-earth orbit that would improve the sharing of missile target data.

Each company is slated to build 14 satellites “to collect infrared data and provide network communications” for continuous missile detection, warning, tracking, and identification worldwide, according to a news release. The tracking layer works in tandem with the transport layer’s mesh communication network of satellites in low-Earth orbit–which can continue to function even if some parts are damaged or destroyed—and can handle conventional and advanced missile tracking.

Current missile tracking abilities are limited in that regard and largely designed to warn based on an initial launch.

“The satellites that we’re going to be launching and fielding can do that complete missile warning and missile tracking around the globe for as many missiles as could be launched against us,” Derek Tournear, the director of the Space Development Agency, which is charged with fielding new satellite capabilities, told reporters Monday.

Additionally, he said, missiles are now being developed with the ability to launch on rockets and maneuver at hypersonic speeds once in flight, which make it harder to predict where they will land.

And as the space environment has grown more contested, so has the need for new approaches.

The satellites are designed with improved cyber capabilities to combat common mode failures.

The SDA will launch its first tranche of satellites, called Tranche 0, in 10 weeks, Tournear said. The second one, Tranche 1, aims to build on the previous one’s capabilities—such as targeted technology enhancements, improved coverage and integration, and calibration—and is scheduled to begin data transport and communications launches in September 2024. By early 2025, the tracking constellation, which the billion-dollar award is for, will follow.

What Happened to the Remington R51?