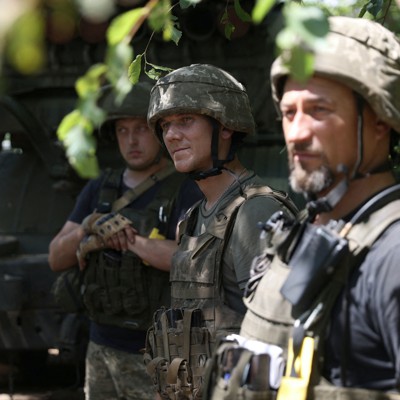 Russia is preparing to annex parts of eastern Ukraine following the same “playbook” it used to illegally seize Crimea in 2014, a White House official said Tuesday.

There is “ample evidence” from intelligence sources and the public domain that Russian leader Vladimir Putin is seeking to make Ukrainian territory part of Russia, said John Kirby, the National Security Council’s coordinator for strategic communications.

“The Russian government is reviewing detailed plans to purportedly annex a number of regions in Ukraine, including Kherson, Zaporizhia, all of Donetsk, and Luhansk oblasts,” Kirby said at a White House briefing.

Over the past several weeks, fighting in Ukraine has been focused in the Donbas in eastern Ukraine. Russian troops are making gains and now control all of Luhansk, though they have also suffered some losses, including the retreat from Snake Island earlier this month.

Kirby said Russia is now taking steps similar to those it took before annexing Crimea in 2014, including installing illegitimate proxy officials in the areas it controls in eastern Europe. Next, those officials are expected to arrange sham referendums that support joining Russia, which Putin will use to claim ownership of Ukraine’s sovereign territory.

These referendums are expected to happen later this year—possibly in September to coincide with Russia’s regional elections, Kirby said.

Russia is already seeking to secure its toehold in the East. Kirby said Russian banks are opening in Ukrainian territory that is controlled by Russia. In addition, Russian officials are forcing Ukrainian residents to apply for Russian citizenship and issuing Russian passports.

In response, the United States is sending more military aid to Ukraine. The administration is expected to announce another tranche of weapons shipments to Ukraine this week, Kirby said. The upcoming package will include more High Mobility Artillery Rocket Systems, or HIMARS, and more rounds for the multiple launch rocket systems that the Pentagon has already sent to Ukraine, as well as additional artillery and ammunition.

“Annexation by force would be a gross violation of the UN charter and we will not allow it to go unchallenged or unpunished,” Kirby said.

Even before Russia invaded Ukraine in February, the administration publicly shared more intelligence than has been released during previous conflicts, while being careful to protect sources and methods. Kirby said today’s announcement is an example of that continuing so the world can be prepared for Russia’s next moves, and Putin’s attempts to obfuscate his intentions.

“We’re also going to continue to expose Russian plans so the world knows that any purported annexation is premeditated, illegal, and illegitimate,” Kirby said.

“I can do all things through Christ…”

World War 3? Here Are Some Facts We Know for Sure.

When Do Deer Drop Their Antlers? Wildlife Guide and Facts