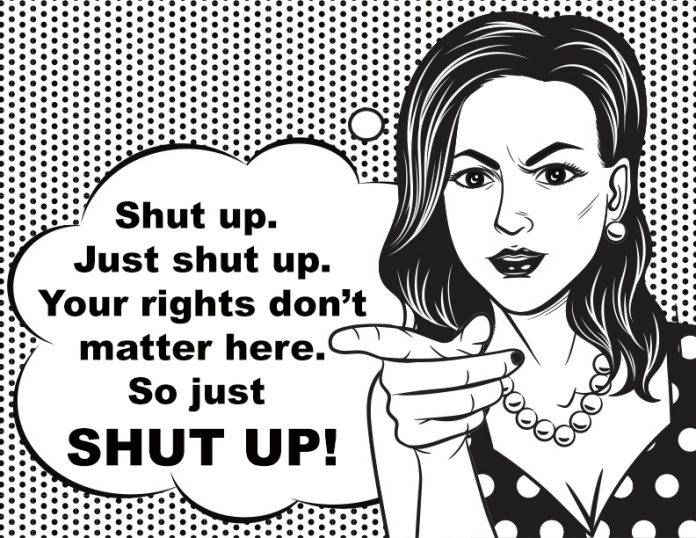 From the National Shooting Sports Foundation . . .

These attacks are nothing short of well-financed, special-interest gun control groups attempting to limit the First Amendment rights of firearm manufacturers to advertise lawful products.

“These gun control groups are not content in attacking and denying one Constitutional right. They are now bent on attacking another,” said Lawrence G. Keane, NSSF Senior Vice President and General Counsel. “These groups are attempting to abuse the levers of government to deny the right to advertise a lawful product even as they use those same complaints as fundraising tools. This is a disgusting attempt to twist the role of a federal agency as a neutral arbiter to one that uses the weight of federal authority to deny not one, but two Constitutionally-protected rights.

“The NSSF is compelled by our duty to our members and our respect for the Constitution to stand against, and call out, such egregious manipulation of federal regulations by these groups,” Keane added. “Their disdain for the Second Amendment does not give them the right to infringe on the First Amendment rights of our members and others with whom they disagree.”

The FTC is an independent agency of the U.S. government. As such, it must zealously guard against political activists attempting to bend the authority of that office to advance special-interest agendas.

The groups are attempting to sway the FTC to sweep aside Constitutional protections as a “technical obstacle” to do their bidding. They wrongly claim that firearms are not used for self-defense, a claim that is disproven nearly daily in routine media reporting. They denigrate and devalue the importance of law-abiding adults instructing youth on safe and proper firearm handling and use.

Watch professional fishermen get caught cheating to win high-stakes tournament, furious crowd wants to tear them apart: ‘You should be in jail!’