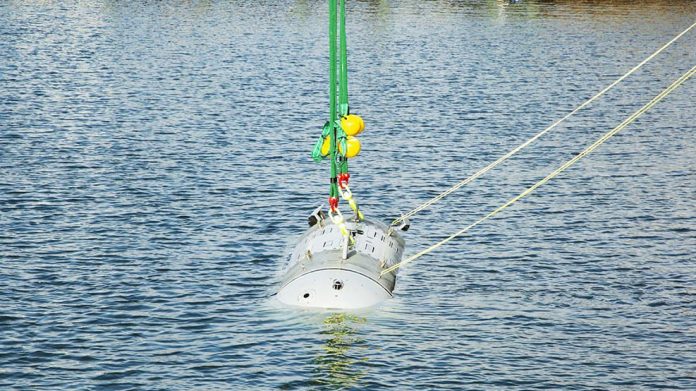 WASHINGTON: A Senate panel overseeing the Navy is calling on the service to continue developing a high-profile unmanned undersea vehicle program and directed $100 million in funding to keep the research afloat, despite the Navy’s request to discontinue the initiative.

“Despite program schedule underperformance, the committee believes the Snakehead Large Displacement Unmanned Undersea Vehicle could provide an important capability to the fleet once fielded,” the Senate Armed Services Committee wrote in its report accompanying the fiscal 2023 defense policy bill.

The panel published the full text of its bill earlier this week, and the legislation now awaits a vote on the Senate floor. There are still several steps in the legislative process that Congress must work through before it’ll be clear if the service actually receives that $100 million, such as negotiating with House lawmakers who granted the service’s request to cancel the program in their version of the bill.

But still, the abrupt change of course comes from a congressional panel that has historically worked to slow the service’s unmanned vehicle reserach, citing concerns about whether the technology behind the drones is fully baked.

For it’s part, the Navy in its budget request described issues with “limited availability of host platforms to conduct Snakehead operations” as well as “cost and schedule delays” associated with integrating the UUV onto the Virginia-class submarine.

The vehicle itself is envisioned to be launched from a submarine and able to host a wide range of payloads to take up missions that would otherwise divert resources away from the sub.

If the program is revived through this year’s defense policy and spending bills, then questions will linger both about how the Navy resolves the problems it cited as justifying the program’s cancellation as well as what negative side effects may have accrued during the several months that program officials had otherwise been planning on canning the drone.

The Best CB Radios For Preppers

How We Got Here: The ATF’s Unconstitutional Pistol Brace Ban