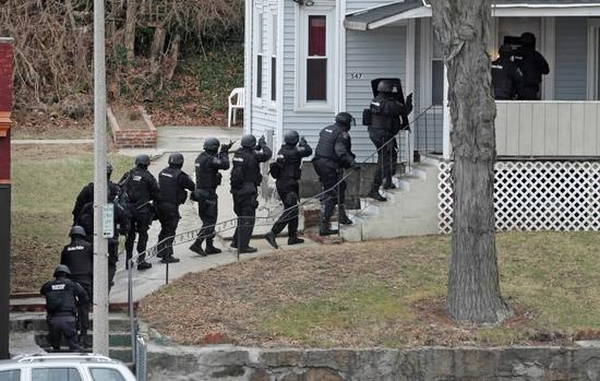 SurvivalBlog presents another edition of The Survivalist’s Odds ‘n Sods— a collection of news bits and pieces that are relevant to the modern survivalist and prepper from “JWR”. Our goal is to educate our readers, to help them to recognize emerging threats, and to be better prepared for both disasters and negative societal trends. You can’t mitigate a risk if you haven’t first identified a risk. Today, we present some links to articles on censorship and restrictions on gun ownership. My late mother was fond of describing government actions in modern society this way: “It is all about control.”

Meet the survivalist who trekked 500 miles across the Amazon rainforest during monsoon season. here is a quote:

“Audel and his team began their adventure in the rainforests of southern Guyana, travelling north across 3,000 square miles of exposed savannah, the Kanuku Mountain forest and snake-infested mangroves to reach the Atlantic Ocean. Along the way, they faced a barrage of life-threatening challenges, from deadly bacteria, flesh-eating bugs, predators, infections and flash floods.”

Reader S.W. sent us this video link: Are We on the Brink of Nuclear War? Or is it a Scare Tactic? (Jeff Nyquist Interview).

An ATF Firearm Inspection Without a Search Warrant

“The older ATF agent told him they were assigned to a task force investigating straw purchases. A straw purchase – a federal felony – occurs when someone buys a firearm on behalf of another person, who is unable to legally purchase a firearm themselves.

The agent said they were verifying that people who bought multiple firearms still had the guns in their possession. The homeowner had bought seven firearms since January 2022.

He asked the men for identification, which the agents and trooper produced. They admitted they did not have a search warrant. The doorbell camera recorded what happened next.”

JWR’s Comments: Federal over-reach like this is outrageous. The Supreme Court needs to clarify once and for all that private gun ownership that is intrastate is outside of Federal jurisdiction.

CCW Permits: Wrong Ideas? No Guns for You

This piece, linked over at the Whatfinger.com news aggregation site, shows the perils of putting judgment calls about the right to keep and bear arms in the hands of the Woke Agendistas: Wrong Ideas? No Guns for You. The article begins:

“Gun permits based on political views. It’s on the horizon for many Americans.

That’s because left-wingers in California, a trend-setting state, have cooked up a new way to stop Republicans, conservatives, libertarians, moderates, and anyone else who refuses to toe the politically correct line from defending themselves from the crime wave that their policies have unleashed on America.

The day after the Supreme Court recognized the constitutional right of Americans to carry guns in public for self-defense, California Attorney General Rob Bonta, a Democrat, began pressing officials across the state to deny public-carry gun licenses to people deemed to harbor feelings of ‘hatred and racism.””

Another article by way of Whatfinger.com:  DHS shuts down controversial Disinformation Governance Board. JWR’s Comment:  I suspect that Team Biden will simply reanimate their censorship scheme under a different agency or department. They are persistent in their goal of implementing tyranny.

Are Taser Flashlights Worth The Money?