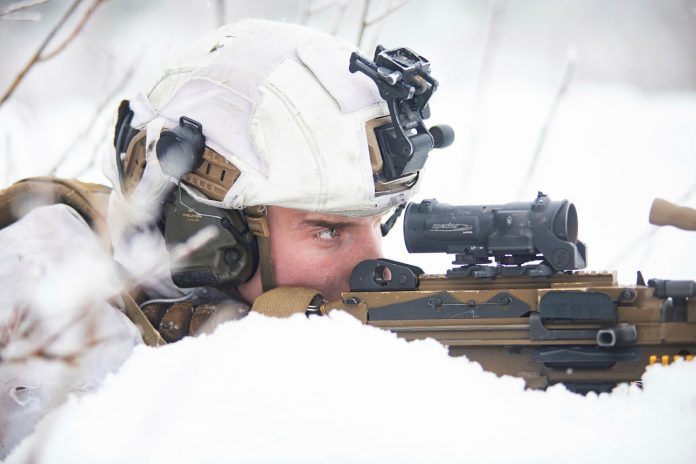 Norway’s Armed Forces have been using the FN Minimi Light Machine Gun (in 5,56×45 NATO) since the late 80s. Recently they awarded FN Herstal another contract to supply up to 4,000 FN Minimi 7.62 Mk3 Light Machine Guns, a movement up in caliber as you can see. In this Photo Of The Day, we see the Telemark Battalion conducting a live-fire exercise with various firearms of the Norwegian Army. The Combat Vehicle CV90 with mechanized infantry in a live-fire exercise.