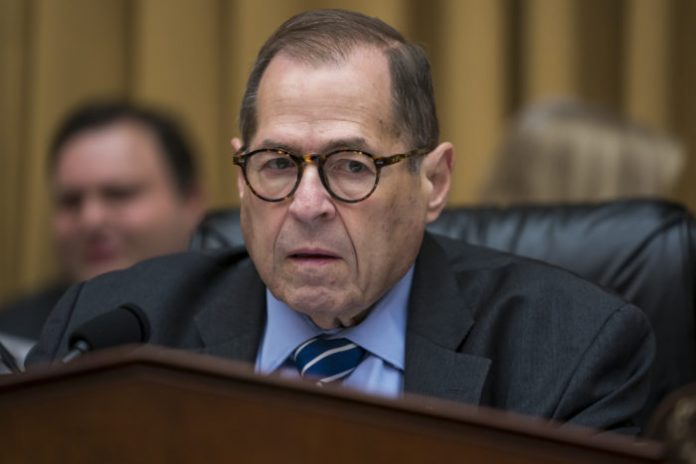 House Democrats, led by Judiciary Committee Chairman Jerrold Nadler (D-N.Y.), are forging ahead with a so-called assault weapons ban even though it’s not clear that Speaker of the House Nancy Pelosi (D-Calif.) has the votes to pass the bill.

Chairman Nadler ushered through H.R. 1808, the Assault Weapons Ban of 2021, with a party-line 25-18 vote passing the bill out of his committee. The bill could receive a full House vote early next week.

The “assault weapons” ban is sponsored by U.S. Rep. David Cicilline (D-R.I.) and would make it a crime to import, sell, manufacture, transfer or possess a semiautomatic rifle, or modern sporting rifle (MSR), as well as magazines with a capacity of more than 15 rounds. The bill sweeps so broadly that it would also ban a host of commonly-owned hunting and target shooting shotguns.

“These military-style weapons are designed to kill the most people in the shortest amount of time. Quite simply, there is no place for them on our streets,” Chairman Nadler said during his opening statements.

Republican Committee Members pushed back, including Ranking Member Rep. Jim Jordan (R-Ohio). He called out the gun control ruse for what it is.

“The Democrats’ bill is going to ban a certain class of firearms from all law-abiding American citizens… The right to keep and bear arms shall not be infringed, plain and simple. If this bill becomes law, millions – millions – of firearms that Americans legally own today will become illegal,” Rep. Jordan stated.

The right of the people to keep and bear Arms, shall not be infringed. #2A

Democrats continue to pander to gun control groups by repeatedly using the focus-group tested monikers, “assault weapon,” “military-style” and “weapons of war” that are purposefully misleading. MSRs are just semiautomatic rifles that use the same one-trigger-pull, one-fire mechanics as commonly-owned semiautomatic handguns and shotguns. This technology is over a century old and MSRs have been commercially available to the public since the early 1960s.

One provision of the bill would even criminalize pistol stabilizing arm braces, used by recreational and target shooters and hunters with disabilities. Rep. Cicilline misidentified and mischaracterized the accessories, calling them bump stocks. Rep. Thomas Massie (R-Ky.) pointed out the egregious error.

If you’re gonna ban guns, you should actually understand what you’re banning.

An arm brace for disabled veterans is NOT a bump stock. pic.twitter.com/yJVSGYBKVk

“The Democrats are so zealous in their rush to ban everything related to guns and every gun that exists that I’m afraid Mr. Cicilline has his gun features mixed up,” Rep. Massie noted. “He just described the arm brace, which is used by people with a handicap, as a bump stock. And I think it’s important that if you’re going to ban these things that you actually understand what you’re banning.” Several Republican Members joined and pointed out the numerous similar flaws with the bill.

President Joe Biden, national gun control groups and antigun Members of Congress have rallied to re-enact a “assault weapons” ban similar to the 1994 ban that expired in 2004. The Centers for Disease Control and Prevention (CDC) reported the impact on gun violence of renewing the 1994 ban would be “too small for reliable measurement.”

Since that time, the popularity of MSRs has increased dramatically among law-abiding Americans. NSSF industry data shows that through 2020 there are now more than 24.4 million in circulation since 1990. The commonly-owned rifle remains in the crosshairs for antigun Democrats and Chairman Nadler let the goal of the bill slip out.

U.S. Rep. Dan Bishop (R-N.C.) asked his Democratic colleagues about the bill’s purpose. “Would anyone on the other side dispute that this bill would ban weapons that are in common use in the United States today?” Rep. Bishop asked.

“That’s the point of the bill,” Chairman Nadler shot back.

“So, to clarify, Mr. Chairman, you’re saying it is the point of the bill to ban weapons that are in common use in the United States today?” “Yes,” said Rep. Nadler.

Speaker Pelosi has hinted H.R. 1808 could receive a full House vote as early as next week. She is still wrangling to secure the votes needed for final passage and several Democrats are unsure they can support the legislation, with some opposing the bill on the record.

Second Amendment supporters and law-abiding gun owners are urged to contact their Member of Congress by phone or by email and urge them to vote “No” on H.R. 1808, the Assault Weapons Ban of 2022, and on H.R. 2814, the Equal Access to Justice for Victims of Gun Violence Act.