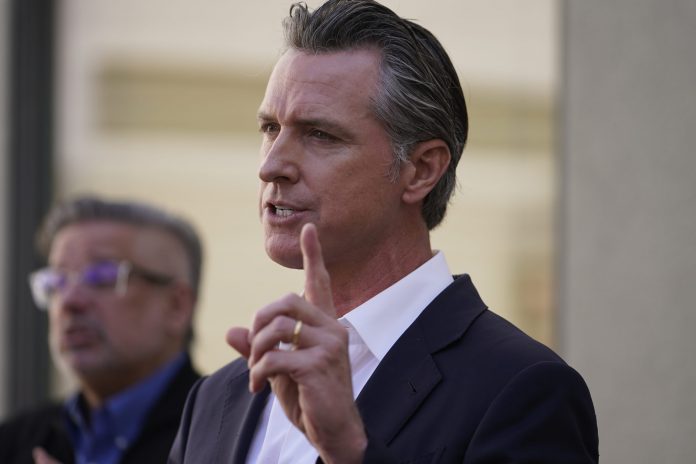 Yesterday, California’s oleaginous Governor Gavin Newsom signed the latest in a series of new gun control bills into law. Senate Bill 1327 takes a cue from Texas’s abortion law and enables any citizen to “sue anyone who distributes illegal assault weapons, parts that can be used to build weapons, guns without serial numbers, or .50-caliber rifles.”

The bill is both a tit-for-tat response to the Supreme Court’s Bruen decision as well as a jab directed at Texas’s anti-abortion law that’s structured similarly. This was an obvious move by an anti-gun state after the Texas law was allowed to stand by the Supreme Court (we wrote about that here, here and here).

“This puts power back in the people’s hands,” said Democratic Assemblyman Phil Ting. “This creates a private right of action that allows almost anyone to bring a lawsuit against those who manufacture, distribute, transport, import or sell illegal assault weapons, rifles, ghost guns or ghost gun kits.”

Don’t be confused by the language used here. They aren’t talking about Leland Yee-type illegal guns. “Assault weapons” and “ghost guns” are already outlawed in the formerly Golden State (for now, anyway). The intended targets of he bill Newsom just signed are legal manufacturers of scary black rifles, 80% lowers and frames, gun parts and build kits that are legal almost everywhere else.

The new law will be challenged in court. This is the Firearms Policy Coalition’s response to the latest from Sacramento . . .

Gov. Gavin Newsom has again shown naked contempt for Californians. He held a press conference today to celebrate the signing of another gun control bill which threatens peaceable people with jail time.

By signing Senate Bill 1327, Gov. Newsom capped off a week of signing an exhaustive list of anti-rights legislation into law. This continued assault on the peaceable people of California, made possible by his acolytes in Sacramento, is nothing short of a revocation of the natural rights of those he was elected to represent.

Gov. Newsom has gleefully failed the people of California. In fact, he is boastfully broadcasting his latest legislative power grab in Texas in a twisted victory lap. To be clear, neither the people of Texas nor Californians deserve the rights-restricting agenda that Gov. Newsom and his ilk are set on implementing.

Without reservation, FPC will seek out every available tool to redress this legislative overreach. The fundamental, inalienable rights of the people remain unaffected by the stroke of a pen. Those in the Golden State who are interested in becoming a potential plaintiff in litigation targeting these newly signed bills are encouraged to visit 2Ahotline.com.

Common Use: Biden’s Bans Would Take Guns From 25 Million People, Magazines From 40 Million

As Expected, ‘May-Issue’ States Are Going to Have to be Forced Into Compliance With the Supreme Court’s Bruen Ruling