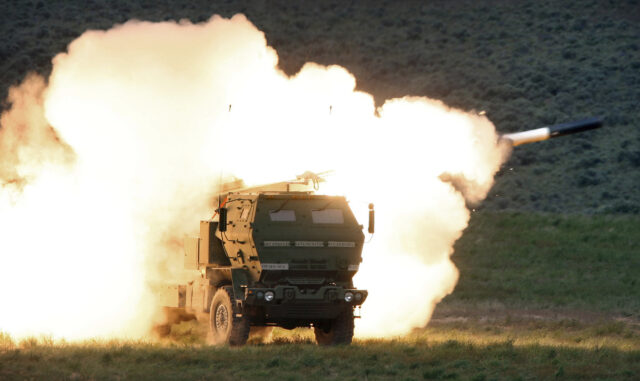 The U.S. is sending an additional $270 million in security assistance to Ukraine, a new package that will include additional medium range rocket systems and tactical drones

WASHINGTON (AP) — The White House announced Friday that the U.S. is sending an additional $270 million in security assistance to Ukraine, a package that will include additional medium range rocket systems and tactical drones.

The latest tranche brings the total U.S. security assistance committed to Ukraine to $8.2 billion since the war began in late February, and is being paid for through $40 billion in economic and security aid f or Ukraine approved. by Congress in May.

The new package includes four High Mobility Artillery Rocket Systems, or HIMARS, and 580 Phoenix Ghost drones, both crucial weapon systems that have allowed the Ukrainians to stay in the fight despite Russian artillery supremacy, according to John Kirby, the White House National Security Council’s coordinator for strategic communications .

Russia can fire far more ammunition but has sustained huge losses of troops and equipment as Ukrainian forces have been equipped with precision weaponry from the U.S. and other Western allies. CIA Director William Burns on Wednesday said the U.S. estimates roughly 15,000 Russian forces have been killed. That death toll would be equivalent to the Soviet Union’s military losses in its 1980s war in Afghanistan, which lasted nearly a decade.

To try to equalize the conflict, Ukraine has made ample use of Western-supplied technologies as it defends its eastern lines.

Ukraine has long sought more HIMARS launchers, which fire medium-range rockets and also can be quickly moved before Russia can target them. On Wednesday, Ukrainian forces reportedly used a HIMARS to hit a strategic bridge in the Russia-occupied southern region of Kherson. One military expert told The Associated Press that the systems have “hardly had any rest during the day or at night.”

U.S. authorities also are providing Ukraine with more guided rockets known as GMLRS. The Pentagon continues to rule out sending longer-range rockets that Ukraine could potentially use to strike deep into Russian territory. That’s a nod to the U.S. trying to manage the risk of Russia instigating a broader war.

The U.S. has already sent 12 truck-mounted HIMARS to Ukraine. The United Kingdom has also provided three launchers of a different kind with GMLRS rockets as well.

Both sides in the war have made ample use of drones. The U.S. had previously committed to sending 121 Phoenix Ghosts to Ukraine. Pentagon officials have not fully disclosed the capabilities of those drones, which were developed by the U.S. Air Force and produced by Aevex Aerospace, which describes itself as a leader in “full-spectrum airborne intelligence solutions.” The drones have onboard cameras and can be used to attack targets.

The U.S. disclosed earlier this month that it believes Russia is planning to obtain several hundred drones from Iran. Iranian drones have previously penetrated Saudi and Emirati air defense systems in the Middle East that were supplied by the U.S. Biden administration officials have tried to publicly discourage Iran from moving forward with the transfer.

The White House released satellite imagery that indicates Russian officials twice visited Iran in June or July for a showcase of weapons-capable drones it is looking to acquire.

This article was first published on Breitbart.

Houston NRA – Light Crowds on Both Sides of the Street