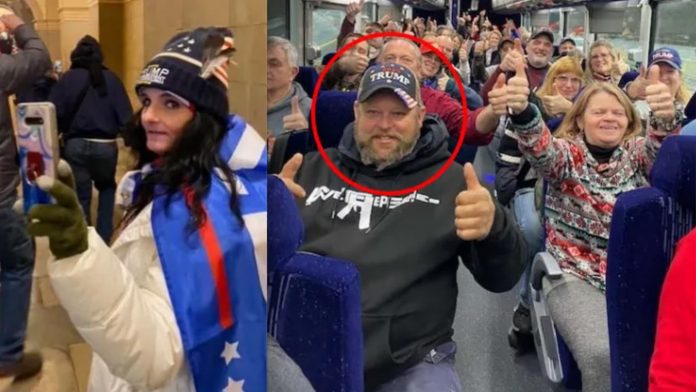 A Pennsylvania man expecting his first grandchild and facing up to six months in prison for illegally entering the U.S. Capitol during the January 6 riot has died by his own hand.

Mark Aungst, 47, of South Williamsport, was to be sentenced September 27 by federal Judge Reggie Walton. He had pleaded guilty last month to a single charge of demonstrating or parading in a restricted building. He was reported dead on Wednesday.

“A loyal and dedicated man, Mark showed tremendous pride for God and his country,” read Aungst’s obituary on NorthcentralPA.com. “Above all else, Mark loved his daughter and any time they spent together, as she was truly his world.”

DOJ describing what Mark Aungst, who apparently committed suicide a few days ago, did on Jan 6.
Aungst was arrested in Feb 2021 and accepted a plea on “parading,” a petty offense, in May. No doubt he would face jail time and endure a humiliating rant by Judge Reggie Walton: https://t.co/rHNSAqcPR7 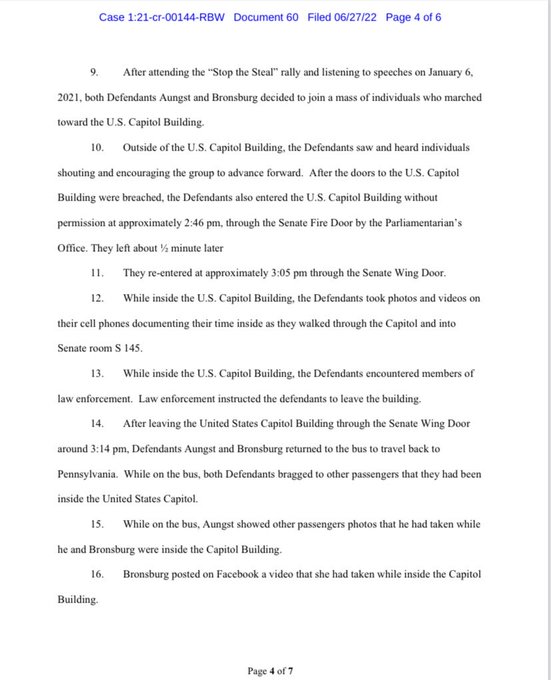 Aungst and co-defendant Tammy Bronsburg took a bus to Washington on January 6, 2021, for President Donald Trump’s “stop the steal” rally. After Trump’s speech, they marched to the Capitol.

Assistant U.S. Attorney Mona Furst said video evidence showed the pair entering the Capitol through the Senate fire door at approximately 2:45 p.m. and leaving 30 seconds later. They re-entered the building through another door and took photos and videos inside on their cellphones.

Bronsburg, who pleaded guilty to the same charge, later posted a video from inside the Capitol on Facebook and Aungst showed witnesses his pictures, according to Furst.

Neither Aungst nor Bronsburg were accused of assaulting a police officer or stealing government property, the prosecutor previously stated.

A gas field well service technician, Aungst is survived by his mother, daughter Megan, and three siblings. His daughter is currently expecting a child, according to his obituary.

Earlier this year, another Pennsylvania man arrested in connection with the January 6 riots, Matthew Perna, committed suicide. Perna, who had also gone to Washington to support Trump, pleaded guilty in December of 2021 to entering the building and faced years in prison. he hanged himself in his garage.

“He attended the rally on Jan. 6, 2021, to peacefully stand up for his beliefs. After learning that the FBI was looking for him, he immediately turned himself in,” Perna’s family wrote in his obituary. “He entered the Capitol through a previously opened door (he did not break in as was reported). He didn’t break, touch, or steal anything. He did not harm anyone, as he stayed within the velvet ropes taking pictures.”

“For this act he has been persecuted by many members of his community, friends, relatives, and people who had never met him. Many people were quietly supportive, and Matt was truly grateful for them,” his family added.

This article was first published on DailyWire.