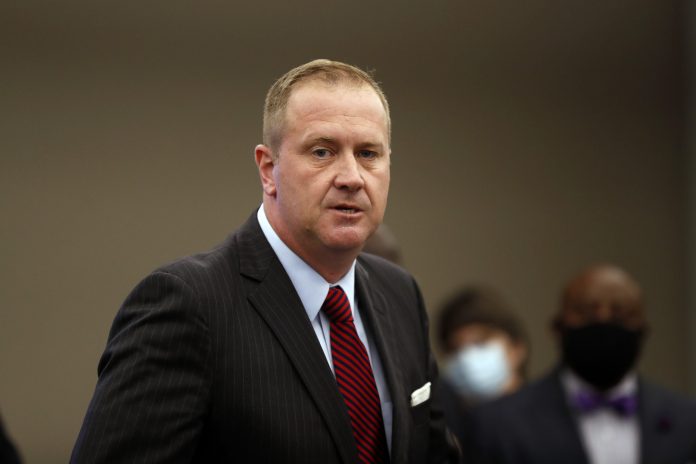 Over the past several years, states have become more and more comfortable exercising their power to tell the federal government “no.” Under the Trump Administration, these refusals to cooperate often took the form of immigration sanctuaries and then morphed into Second Amendment sanctuaries in response to hostile local and state governments, as well as the Biden Administration.

States are recognizing that, in certain instances, they have the power to tell the federal government that the state won’t cooperate. This past week, Missouri did just that.

On July 13, Missouri Attorney General Eric Schmitt issued a press release indicating that Missouri learned that the Federal Bureau of Investigation (FBI) is “planning to travel to Missouri in August to do ‘audits’ at sheriff departments across the state.” According to AG Schmitt, the FBI specifically intends to “harvest information on those who have legally obtained a concealed carry permit.” The FBI innocuously calls it an “onsite review of [the counties’] Concealed Carry Weapons Permits…”

Whatever you call it, Missouri isn’t playing ball.

Instead of rolling over—or just complaining about the FBI’s investigation—AG Schmitt wrote a strongly worded letter to FBI Director Christopher Wray. The letter starts by noting that Missouri state law prohibits any information in the Missouri concealed carry permit system from being “distributed to any federal, state, or private entities…” That includes the FBI.

But Schmitt doesn’t stop there. In the remainder of his letter, Schmitt takes the opportunity to take the FBI to task for Missouri’s view of the agency and its past transgressions.

You may wonder why there is such strong suspicion of federal agents here in the ‘Show Me State.’ Simply put, Missourians…don’t need a national nanny-state keeping tabs on us. But more than that, over the last couple of years, we’ve seen story after story of incompetence and corruption at the highest levels of the FBI. Our trust in your agency is at an all-time low.

After taking shots at the FBI for its treatment of the parents of school children, and its investigation of several Trump Administration officials, the letter returns to defending Missouri gun owners.

Now the FBI appears to be targeting Missouri gun owners, and we will not stand for it. We believe in the Second Amendment here.

In light of all these facts, Missourians have concluded that the FBI leadership in Washington, D.C. has been weaponized for political gain. You have lost our trust and you seem to be completely indifferent toward trying to rebuild it. Instead, you announce that you will show up at the offices of our elected Missouri sheriffs in open and blatant violation of our state law and seek to find out who in Missouri holds a legal CCW permit. This is not going to happen. I will fight you tooth and nail with all of the resources that the people of Missouri have given me as their Attorney General.

Beyond just throwing punches, AG Schmitt, who is running for a US Senate seat, is on strong legal footing in his refusal to work with the FBI.

While the difference between nullification and anti-commandeering can be quite confusing, Schmitt’s refusal to cooperate with the federal government here pretty clearly falls under the latter. And anti-commandeering has been repeatedly upheld by the U.S. Supreme Court.

In this case, Missouri state law merely prevents cooperation with a federal agency—a form of anti-commandeering. The Missouri law doesn’t prevent the FBI from enforcing federal law, nor does it seek to invalidate some federal law.

Of note, while some state’s firearm permits can be used as an alternative to undergoing a background check when purchasing a firearm, Missouri’s do not. Thus the FBI can’t say this “audit” is to ensure compliance with that system.

In other words, nothing requires Missouri to make the FBI’s job easier. The Constitution certainly doesn’t. And the Supreme Court certainly hasn’t said states must do so. It’s entirely up to the state. And here, it’s quite clear that Missouri isn’t interested in working with the FBI. All that remains to be seen, is what the FBI says—or does—in response.

Cody J. Wisniewski (@TheWizardofLawz) is a Senior Attorney for Constitutional Litigation with Firearms Policy Coalition. His work has appeared in the Washington Times, the Washington Examiner, National Review, Daily Wire, and more. He primarily focuses on Second Amendment issues but is happy so long as he is reminding the government of its enumerated powers and constitutional limitations.

“…ye ought to walk and to please God…”

How to Get Started Hunting the Right Way