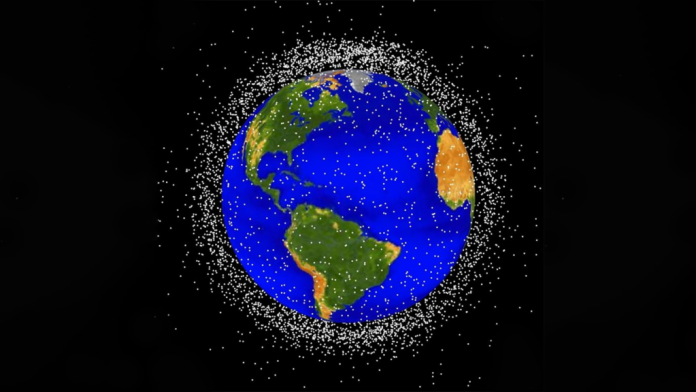 WASHINGTON: Information technology company SAIC long has had a robust business in supporting the hush-hush world of classified, or “black,” space operations, but the firm now is looking to expand its systems integration business in the so-called “white” world as the Space Force embraces use of large satellite constellations in multiple orbits, according to a senior company official.

Currently, Ray said that work with the National Reconnaissance Office “is probably our largest portfolio” among SAIC’s approximately $1.5 billion space business that also includes NASA and the Space Force.

In particular, the Virginia-based contractor, which specializes in government services, is eyeing the Space Development Agency (SDA) as it builds out its planned National Defense Space Architecture comprising multiple large constellations in Low Earth Orbit (LEO).

“That’s a prime opportunity space for us to continue to grow,” he said.

Ray said that SAIC has been in conversations with SDA officials as they work to shift the Defense Department’s traditional paradigm of reliance on small numbers of large, exquisite and costly satellites in Geosynchronous Orbit (GEO) some 36,000 kilometers in altitude, to more resilient constellations made up of hundreds of small sats in lower orbits.

“When you have more of anything, and you’re kind of distributing the capability, the need for integration is that much more important,” he explained. “We’re meeting with them and looking at ways that we can take the capability that we’ve traditionally held in other parts of the area, in Space Force as well as the NRO, and figuring out how we can help them.”

Ray said that besides integrating the space segment of satellites in a constellation, ground systems integration and space traffic management are the other key areas of interest right now.

SAIC has been under contract since 2012 to manage Space-Track.org for Space Command, which provides satellite operators with information about space objects in their neighborhood as well as warnings of possible collisions.

“Right now, we’re just identifying and cataloging them, right, but we have to understand how we more effectively manage them. And that’s the opportunity that we’re looking to expand with partners, with the Space Force,” he said. “It is is one thing just to say, ‘here is what it is and here’s how it’s traveling.’ And it’s another thing to effectively understand how we can go manage this so that when we’re putting things in space, we can be more proactive about understanding collision instances than we have been in the past.”

Ray noted that as the number of active satellites and pieces of dangerous space debris continues to grow, so does the possibility of a catastrophic collision on orbit. And this means operators are even more in need of not just raw data about the whereabouts of things, but analytical information they can use to figure out where their vulnerabilities are and how to avoid accidents.

What SAIC is trying to do, he said, is work out “how do we expand … from just supplying data to really making it more of a decision tool.”

The Robbery of Our Genuine Dollars. What constitutes a “Dollar”