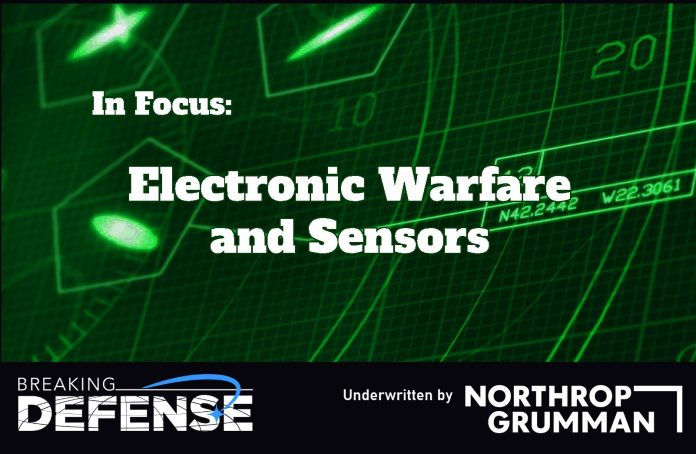 Stop pretty much anyone at the Pentagon, and they’ll be quick to tell you that the nature of warfare has changed in the last decade. Bombs, planes and tanks will always matter, of course, but it’s the sensors, waveforms and code behind it all that will differentiate a well-armed force from a truly elite military.

When Breaking Defense launched this package, the idea was to tackle that complicated subject largely from an American perspective — but then Russia invaded Ukraine and the real world intervened. You’ll see the topic of Russia’s electronic warfare capabilities scattered throughout this collection, as analysts and Defense Department officials alike worked to study the use of EW on the modern battlefield in real time, including why the expected onslaught of Russian EW simply never seemed to materialize in Ukraine.

This collection is hardly the definitive word on sensors and EW capabilities in the Pentagon, but it will give you a sample of key issues that crossed the desks of service leadership from the first half of 2022. As always, you can check back at BreakingDefense.com for more on the topic — and everything else going on in the world of defense.

Breaking Down the 2022 Waterfowl Population Survey