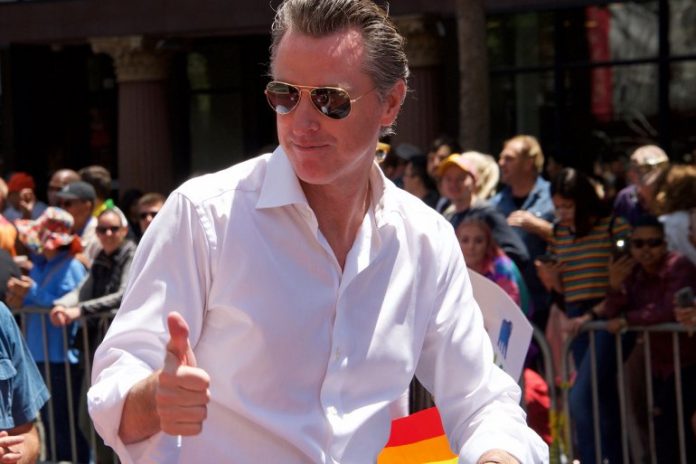 We’ve been seeing some unusual behavior from California Governor Gavin Newsom recently. Normally, if you’re running for re-election, you’d focus your advertising and media production dollars on the state where the election will be held. After all, that’s where all of the voters are. Spending media dollars in markets outside state lines doesn’t appear to make any sense.

On July 4th, Newsom’s campaign spent big some bucks to run an ad on TV in Florida, a continent away from the Golden State. The ad attacks the Sunshine State — and by extension, Governor Ron DeSantis — on everything from elections to abortion to LGBT issues, claiming that California does a better job of protecting individuals, and inviting Floridians to “join the fight” or even pack up and move to California to enjoy its famous levels of personal freedom.

Many found it strange that someone running for governor far, far from Florida would bother to run such an ad, and it resulted in a lot of pushback in Florida.

That, however, wasn’t the end. The Newsom campaign moved on, running more intentionally inflammatory ads in yet another red state (and its Governor), this time going after gun rights in Texas with a full-page ad in several newspapers:

The ad was clearly designed to make Texas Governor Greg Abbott look like a hypocrite, because the authoritarian left’s version of pro-life is more gun control. Newsom wants to set himself apart from Abbott (and DeSantis), and to a mainstream Democrat audience, that ad might play well. But, Gavin Newsom isn’t running against Greg Abbott in Texas, California, or anywhere else.

And gun rights? They’re not up for debate in Texas the way they are in California. No amount of ad money from California is going to change that (and Michael Bloomberg has tried). Besides, after the Supreme Court’s Bruen decision, many of California’s most restrictive gun control laws are in serious jeopardy. The tide is moving more in Texas’s direction on guns than in California’s.

As bad as many of Newsom’s policies are, it’s hard to believe that he’d be so stupid as to waste ad money in other states if there wasn’t a method to the apparent madness. It’s also very unlikely that he doesn’t know running an anti-gun attack ad in Texas would do him little good there or anywhere else.

There has to be some other arguably reasonable objective.

The obvious answer is that he’s raising his national profile for run for president. That would make a lot of sense, especially with the Florida ad (DeSantis is thought to be a 2024 contender).

Joe Biden may be the most unpopular president in American history and even his own party is begging him not to run again. Scoring points with Democrat voters by attacking well-known and much reviled Republican politicians on hot button issues could be a good way to lay some groundwork for the 2024 primaries.

A less obvious motive might be that he’s is making an indirect play for California voters. Not only would attacking Republicans in other states be a good way to get lots of media attention, but it could also get the attention of Dems in California. Then again, he won his recall election last year by almost 24%, so it’s not clear how much more persuading voters need in the deepest of blue states.

Still the natives are getting restless. San Francisco just dumped its Soros-funded District Attorney and Los Angeles might be about to do the same. Newsom might be trying to distract Californians from the toxic sludge pile of fiscal and political mismanagement California has become.

This all may be misdirection on the part of Newsom, getting California voters and out-of-state donors to focus on fights over social issues and railing against Supreme Court decisions rather than focusing on the fundamentals (a crushing regulatory burden, confiscatory taxes, sky-high cost of living, residents running for the exits) that affect voters’ everyday lives.

One final theory comes from the Four Boxes Diner YouTube Channel. Attorney Mark W. Smith puts forth an improbable theory as to how Newsom could be preparing to get himself appointed president to replace Biden.

That would require Kamala Harris to resign as veep (after being offered an amazing, once-in-a-lifetime job opportunity), and Newsom to be appointed to replace her. Then, if Biden were to resign before 2024, Democrats would have a much more mentally coherent and allegedly competent incumbent to run against the 2024 Republican challenger.

Whatever his motivation, Newsom is clearly up to something that’s probably bigger than being reelected in California in November. He obviously thinks attacking gun rights is a good play politically, whatever that end goal is. That’s something we need to keep an eye on.

Whitetail Deer Age Chart and What to Look For