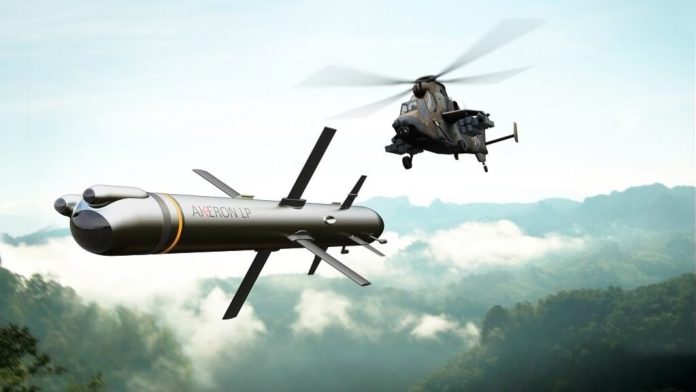 PARIS: As part of an ongoing effort to become less reliant on American military capabilities, the European Union has approved €25 million ($25.6 million) towards developing a collaborative close combat architecture to enhance existing missile systems with a Beyond-Line-of-Sight (BLOS) capability.

Although in the works for several years, the announcement comes at a time when long-range fires are proving vital to Ukraine’s defensive efforts against Russian invaders, underlining the potential need for European-based BLOS systems in the future.

Known as MARSEUS (Modular Architecture Solutions for EU States), the 36-month long European Union project, coordinated by European missile group MBDA, will base the concepts, integration work and tests on the family of Akeron medium and long-range missile systems. These are “fully mastered by European industry, making it possible to guarantee their autonomy of use, the safety supply and scalability,” MBDA said in a statement, adding that “the growing instability of the current geostrategic context only makes it more relevant for European states to develop and control these land combat capabilities in complete autonomy.”

MARSEUS, whose overall cost is estimated to amount to €27.3 million ($27.9 million), aims to identify and test new, emerging technological solutions that could contribute to the future development of BLOS weapons systems. The additional €2.3 million will be contributed by an industrial consortium led by MBDA, with 13 major industrial partners from Belgium (Royal Military Academy, John Cockerill Defense, FN Herstal and Xenics), Cyprus (Additess and SignalGenerix), France (Novadem, Atos, Arquus and Delair) and Sweden (Saab Dynamics, BAE Hägglunds and Exensor), as well as a collection of subcontractors from other nations. MBDA will also work in close partnership with the French, Belgian, Cypriot and Swedish armed forces.

The project builds on the ongoing EDIDP (European Defence Industrial Development Programme) Lynkeus project awarded in 2020 by the EU Commission to a consortium coordinated by MBDA, whose objective was to define an initial operational concept for a 5th generation medium-range anti-tank missile, fired BLOS from a vehicle in coordination with an airborne observation drone. France, Belgium and Cyprus partnered with MBDA and 13 industrial partners and subcontractors from five countries on Lynkeus.

EDIDP was the first EU fund to be dedicated to the defense sector. It has been replaced by the European Defence Fund, whose 2021-2027 budget is €8 billion ($8.18 billion); the €25 million EU funding will come out of the EDF.

According to the French defense ministry website, demonstrations will take place this fall in Cyprus of key technologies studied in Lynkeus: simulators, BLOS technologies, target designation by airborne drones and ground robots, automatic drone take-off and landing from a turret demonstrator. Live firings of BLOS Akeron missiles with the target designated autonomously on the basis of one of the operational scenarios will also be undertaken. The missiles will be fired from a Sherpa vehicle equipped with an IMPACT turret whilst the target will be designated by the NX70 mini-drone made by French SME Novadem.

Doug Barrie, a defense and aerospace specialist at London’s International Institute for Strategic Studies, told Breaking Defense that “the war in Ukraine has shown the utility of these classes of weapons and this project is for the follow-on generation.” He explained that MBDA had been very successful with its Milan anti-tank weapons in the 1980s, but “pretty unsuccessful” with the follow-up Trigat and remarked that this project was a way for the pan-European group to return to the market.

“But these are not long-range systems,” he stressed, explaining that there were no hard and fast definitions for “long, medium and short-range.” Barrie said he considered anything up to 25-30 kms as short range, between 30-100 kms as medium range “and beyond that long-range.” For comparison, the RAND Corporation stated in a book published in 1991 that long-range conventional missiles are “defined as missiles capable of attacking targets with conventional (nonnuclear) munition at ranges in excess of 500 kms.”

MARSEUS is linked to the EU Beyond Line of Sight land battlefield missile systems project (EU BLOS) which aims to develop a family of human-on-the-loop medium range BLOS missile systems. The output is intended to be integrated on an extensive variety of platforms (ground-to-ground and air-to-ground) and to provide integrated and autonomous target designation capability. The project also includes joint training and formation.

Human-on-the-loop and human-in-the-loop are not the same thing. The former means a human operator has real-time supervision over a weapon that can attack without being ordered to do so in real-time by the operator who nevertheless retains the ability to override any decision made by the weapon. The latter means a human operator remotely controls a weapon that cannot attack unless it receives the command to do so in real-time from the operator.