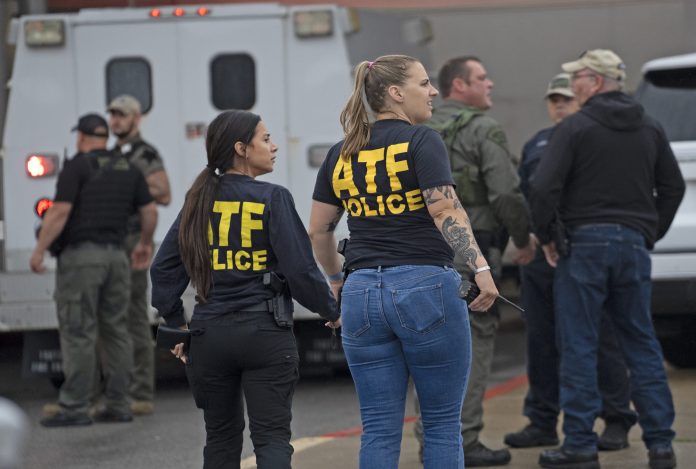 If you look at the word “disaster,” there are clues about what the word means to us. The beginning part, “dis-” is a Latin root for “bad” or “negative”. The “aster” part means “star”. So it literally means bad star, or a “bad sign”. Or, in other words, ancient superstitious people thought of disasters as just really bad luck.

We often see the same thing today. When something bad befalls people, we frequently chalk it up to bad luck. “It must’ve been their time” is a common one after a “freak accident.” It’s also common to call a natural disaster an “act of God”.

After the shooting at the Greenwood Park Mall in Indiana, we’re seeing something similar. While most of the focus has been on the 22-year-old man who saved the day with his excellent marksmanship and quick action, there was another man there that day who also had a pistol.

Sadly, 30-year-old Victor Gomez was the shooter’s first victim, and reportedly “simply had no time to react.” Police found a pistol on him when they were processing the crime scene and removing his remains from the scene.

While it may be absolutely true that he had no opportunity at all to react (we haven’t seen any surveillance footage or other more detailed evidence yet), we do sometimes hear that when it wasn’t really true at all.

For example, a writer who I won’t name here said that the first victim at the Buffalo shooting had no opportunity to do anything, but the video (you can see it in this article) shows us that the victim wasn’t paying attention. She never saw the attack coming, not even for a split second. Had she noticed a man in full tactical gear stepping out of his oddly-parked car carrying a rifle, she might have had a few precious seconds to to take cover or at least move. Or return fire had she been carrying a gun that terrible day.

A Better Way To Look At Disasters and Terror Attacks

There’s a better way to look at these terrible tragedies…as a threat that comes in contact with a vulnerability. You can’t have a disaster without both of those elements coming together, and that idea gives you many opportunities to avert tragedy, even if it’s literally unavoidable at the last second like it may very well have been in Indiana that day.

For example, let’s look at the idea of a giant avalanche happening in the middle of nowhere in Alaska, with no human beings present. It could be the most epic avalanche of snow the world has ever seen, but if there are no vulnerable people or other valuable things in the way. As such, it can’t be a disaster.

But, add the proverbial busload of nuns to the equation and even a relatively small avalanche could become a disaster. If you’re the bus driver and you see all that snow coming down the hill, you probably have no chance of escaping and surviving, but that doesn’t mean nothing could have ever been done.

Removing Dumb Luck From The Equation

Taking this idea of keeping vulnerable things out of the paths of threats, we can learn a lot from the tragic death of the Indiana mall shooter’s first victim.

As I said, we don’t know how much time he really had. Maybe he had a few seconds, but didn’t notice the threat until it was too late like the first victim in Buffalo. If that were the case, the thing we could learn from this is that situational awareness is key. Carrying a gun does you no good if you never notice the threat and don’t have the training to appropriately react.

But, let’s assume commentators are right and there just wasn’t time to react. The shooter could have rounded the corner coming out of the bathroom and Gomez may have walked right into his sights. Even if that’s true, and there was no time to do anything at all, there are still things to learn from this.

The point here is that we can’t rely on a few good guys with guns combined with some well-timed good luck. It’s certainly a better answer than nothing, as the number of victims was certainly reduced, but that doesn’t do the three people who died a bit of good. It’s also a better answer than relying on cops, who won’t arrive for minutes and may sit around for over an hour while people die.

In other words, good guys with guns is a good answer, but it’s not a complete answer. The application of armed self-defense should be the answer of last resort, after all other reasonable efforts to prevent or mitigate a violent attack have failed or didn’t apply.

There are other things to do.

For one, we need to get property owners to take security more seriously. Inviting a big crowd and providing no security is a very bad call. Just having a few prominent visible security measures can deter a shooter, and get them to pick someplace else for their attack.

Want proof? Look at the Pulse nightclub shooting. Most people still think the killer targeted a gay club because he was a militant anti-LGBT Muslim, but the truth is he drove around that night looking for targets. He decided to abandon plans to shoot up another club because he saw security there and chose Pulse because the cop guarding it had gone down the street to write some petty ticket instead of doing what the club paid him to do.

That other club didn’t host a disaster because they kept threats away from the vulnerable.

Instead of targeting guns, society should be looking at the broken homes and irresponsible parents who raise these menaces. Not every kid from a bad situation becomes a killer, but it’s not like there’s some great advantage to being a kid from a broken family. There are common throughlines for many of these broken people who frequently sound alarms long before they open fire.

There’s also the problem of radicalization, especially among white supremacist groups online. We obviously can’t and should not shut down freedom of speech, but that doesn’t mean we can’t do better at helping young men stay away from that kind of garbage.

Shootings don’t happen without shooters, or in other words, there’s no disaster if there’s no threat. If you have other ideas that we could use upstream to prevent or mitigate them without violating constitutional rights? Be sure to share them in the comments.

8 Prepper Projects To Build Before It’s Too Late

Are Taser Flashlights Worth The Money?