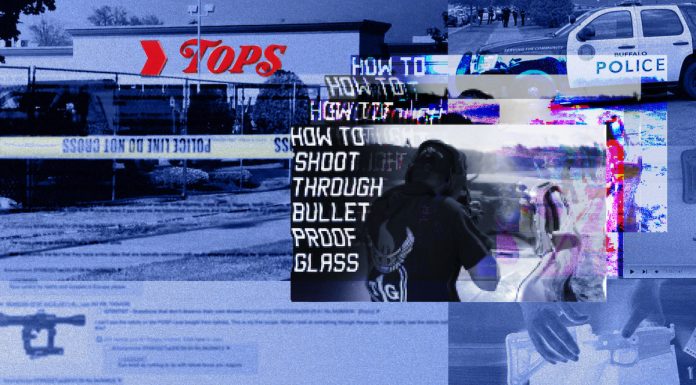 The Bloomberg-funded Everytown for Gun Safety is, once again, urging YouTube to crackdown on pro-gun contributors.

This week, the organization’s Support Fund released a report (see above) that aims to draw explicit connections between the Buffalo supermarket shooter and YouTube content producers that upload firearm-related videos, including basic training videos that improve a responsible gun owner’s ability to protect herself and her family.

Everytown claims the goal is to “disarm hate.”

“For too long, companies like YouTube have given a platform to content that goes far beyond practical and safe firearms training for gun owners, and instead, provides instructional content to illegally modify weapons, build ghost guns, and train in offensive firearms tactics” said Justin Wagner, senior director of investigations at Everytown for Gun Safety Support Fund.

“Social media companies must do their part to disarm hate and that starts with enforcing their own firearm guidelines on their platforms,” he added.

The main problem with Everytown’s hypothesis is the internet is a very big place.  YouTube isn’t the only video hosting platform with 2A-related content.  Supposing that YouTube scrubbed all the gun vids on its servers tomorrow, determined killers would still have plenty of places to learn about firearms.

So, Everytown’s sweeping call for censorship has nothing to do with public safety and everything to do with attacking and de-platforming our favorite Tubers.  It’s a way to hit them in their pocketbook and destroy their ability to make a living.  Because while there are other places to post a video on the Internet, YouTube is still number one in terms of driving traffic and commerce.

To this end, Everytown is asking YouTube to continually move the goal posts with respect to what constitutes objectionable content.

Consider these recommendations in the report:

If one puts an optic or a laser on a firearm, does that not make it more accurate for the user?  Does that mean it’s more “dangerous”?

Body armor saves lives!  Why is this objectionable?

“Inflict the most damage.” WTF?  Do they mean drills that teach one how to put rounds on target in a dynamic situation, like the Mozambique Drill, which might help stop a tactically-outfitted mass killer at a mall or supermarket?

What is clear though, is that Everytown’s insatiable appetite for banning lawful firearms is not to be outdone by its appetite for censoring 2A content producers.

What was also fascinating is that Everytown took a proverbial shot at white American male veterans.

“All of the most shared channels in these YouTube circles have a consistent host or central ‘character’ that are similar in that the individual(s) who present the content have military experience in combat arms roles, and often served in ‘elite’ military units that specialize in small arms combat engagements,” Everytown observes.

“They are all white American men, with decades of collective experience in the firearms industry, either through their YouTube channels or working as instructors or consultants with firearms manufacturers, after having already served in the United States military,” it continues.

It appears Everytown wants to put these veterans out of work and prevent them from sharing their skills and knowledge with law-abiding citizens.

Time will tell whether YouTube caves to the pressure.  It has in the past, which doesn’t bode well for our favorite pro-2A Tubers.