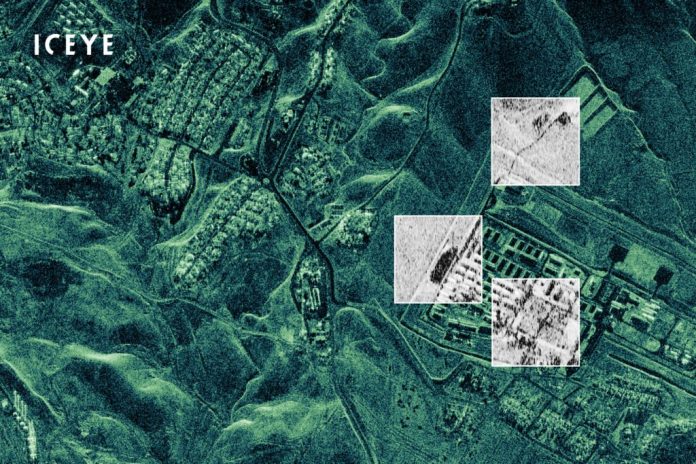 WASHINGTON: Finnish startup ICEYE announced today that it will provide imagery from one of its synthetic aperture radar (SAR) satellites to Ukraine’s embattled government, via a contract with a Ukrainian foundation supporting the country’s military in the war with Russia.

“As part of the agreement, ICEYE will transfer full capabilities of one of its SAR satellites already in orbit for the Government of Ukraine’s use over the region,” the company’s press release said. “The SAR satellite will be operated by ICEYE. In addition, ICEYE will provide access to its constellation of SAR satellites, allowing the Ukrainian Armed Forces to receive radar satellite imagery on critical locations with a high revisit frequency.”

ICEYE’s release did not disclose the value of the agreement reached with the Serhiy Prytula Charity Foundation.

The Kiev-based foundation was created  in 2014 by the eponymous Ukrainian comedian-turned-politician to crowdfund kit for the Ukrainian military. For example, according to its website, the foundation has raised funds to acquire more than 1,000 drones — most recently four TB2 armed drones acquired from Turkish firm Baykar.

“ICEYE owns the most developed radar satellite imaging technology in the world as of today,” said Prytula in today’s release. “This agreement is a significant step in responding to the Government of Ukraine’s urgent request for critical earth observation data and it will greatly benefit our Armed Forces.”

The firm’s US arm further is one of five SAR satellite companies with study contracts from the National Reconnaissance Office (NRO) running through 2024. The other four are California startup Capella, Airbus’s US arm, Florida startup PredaSAR, and California-based Umbra.

Unlike regular cameras, SAR systems can image at night and through cloud cover — a plus over Ukrainian territory which is overcast during much of the year.

Gear Rx: How to Repair and Replace a Zipper