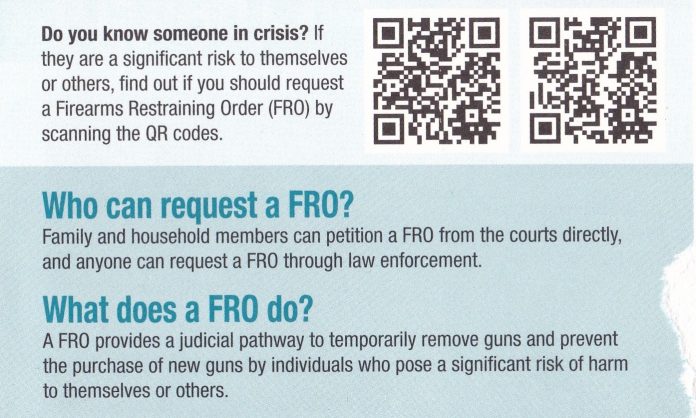 People for a Safer Society is a gun violence prevention organization that was founded in early 2013, shortly after the Sandy Hook Elementary School tragedy. The organization aims to educate people and raise awareness on gun violence.

The organization facilitates education, awareness and advocacy that can make a difference on local, state, and federal levels. In addition to pushing for common sense gun laws, People for a Safer Society informs communities about non-legislative solutions, such as divestment from gun manufacturers.

People for a Safer Society is based in Skokie, Illinois, and has engaged communities throughout the Chicagoland area.

In short, Stoneback appears to be a Shannon Watts wannabe who wasn’t successful or savvy enough to catch the eye (or the wallet) of a big bucks benefactor like Michael Bloomberg. She was able, however, to parlay her gun control advocacy into a Chicago Tribune endorsement and a seat in the Illinois House.

One of the gun control measures Rep. Stoneback helped push over the line before being elected was the Firearms Restraining Order Act, Illinois’ version of a red flag confiscation law. Once in office, she helped expand the law so that more people, including ex spouses and those with common children, can drop a dime on a gun owner and move to confiscate their firearms.

Now Rep. Stoneback is taking steps to make sure that all of her constituents know about the law and can easily petition a court to grab the guns of someone they know and love (or just someone with whom they have a beef). Reader AJ who lives in Morton Grove got this flyer from Rep. Stoneback in the mail yesterday. Here’s the other side . . . Because what good is creating a way for just about anyone to disarm someone they know if no one knows about it?

We contacted Rep. Stoneback’s office trying to confirm the authenticity of the mailer (because Photoshop is a thing). We left a message for her Chief of Staff, Richard Moran. So far, Mr. Moran hasn’t returned our call, but the mailer certainly looks authentic and we’ll assume that it is until and unless we hear otherwise.

As the flyer states (after quoting the bogus statistic that the Highland Park July 4th shooting was the 322nd mass shooting so far this year) . . .

If you know a person in crisis, you can prevent a gun tragedy. Family and household members can request a FRO from the courts directly, and anyone can request that a FRO be filed through law enforcement to temporarily remove guns and prevent the purchase of new guns by individuals who pose a significant risk of harm to themselves and others.

Of course, the Illinois law, like virtually every red flag confiscation law, is a due process-free affair. The target of the confiscation order isn’t informed until police arrive to grab his or her guns. Only then can they respond in court and try to prove that, in fact, they aren’t a danger to anyone and should have their firearms returned.

As Rep. Stoneback claims in the flyer . .

Research shows these laws are effective when people are aware of them and use them properly, and countless mass shootings, homicides, and suicides have been prevented nationwide. (emphasis added)

If we get a call back from Mr. Moran, we’re anxious to ask him exactly what research the is mentioned in the flyer and whether it’s was bought and paid for by Everytown, Giffords, Brady, or some combination thereof. We aren’t holding our breath waiting for the phone to ring, though.

Rep. Stoneback obviously wants to make it as easy as possible for her constituents to swear out a complaint and grab someone’s — anyone’s — guns, so she’s included handy-dandy QR codes to make the process smoother. Unfortunately, they don’t work.

It looks like Rep. Stoneback hasn’t paid to activate the codes. At least not yet. Oopsie.

These Items Disappear First When SHTF