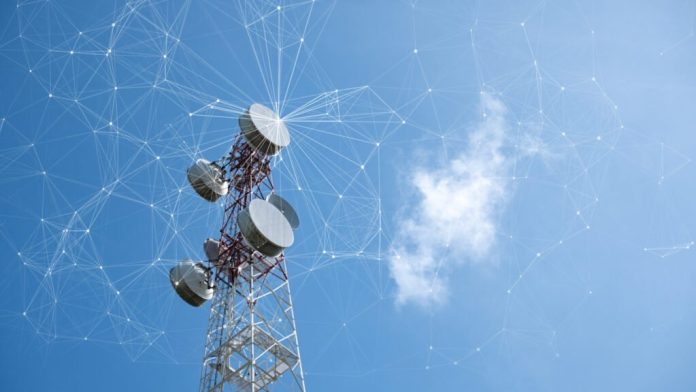 WASHINGTON — A group of eight senators has relaunched the long-simmering battle to overturn a 2020 decision by the Federal Communications Commission that granted spectrum rights to wireless firm Ligado — rights the Defense Department and other government organizations say would imperil the use of GPS.

The renewed push comes just over a month before Ligado expects to launch its network, and just a few weeks before the due date for a Congressionally-mandated report on whether the company’s system will indeed impact GPS for both military and commercial users.

In a letter issued Wednesday to FCC Chair Jessica Rosenworcel, the senators urge the FCC “to stay and reconsider” its earlier decision. “We remain extremely concerned that terrestrial L-band operations would cause unacceptable risk to Department of Defense (DOD), the Federal Government Global Positioning System (GPS), and Satellite Communications (SATCOM) operations,” the senators said.

The letter was penned by Senate Armed Services Committee Chair Sen. Jack Reed, D-R.I., and Ranking Member Sen. Jim Inhofe, R-Okla., neither of whom are strangers to the Ligado case, which roiled the national security community and divided the Trump administration.

The two SASC leaders successfully pushed language in the fiscal 2021 National Defense Authorization Act designed to complicate implementation of the Ligado network, including a requirement for a thorough and independent review by the National Academy of Sciences, Engineering, and Medicine funded by DoD.

According to the National Academies website the review “will consider how best to evaluate harmful interference to civilian and defense users of GPS, the potential for harmful interference to GPS users and DOD activities, and the effectiveness and feasibility of the mitigation measures proposed in the FCC order.” The results of that review are scheduled to be released on Sept. 9. (Interestingly, the FY21 NDAA also mandated that DoD provide Congress with list of GPS receivers that would be affected and estimate the costs — a report that, if completed, hasn’t been released to the public.

Also signing on the recent letter where three members of the Senate Commerce, Science and Transportation Committee, the committee that actually has jurisdiction over the FCC: Sens. Tammy Duckworth, D-Ill., Kyrsten Sinema, D-Ariz., and Dan Sullivan, R-Alaska. This is significant, as during the first round of Ligado debate, then Commerce Committee Chair Sen. Roger Wicker, R-Miss., essentially sided with the FCC’s decision. Wicker, now the ranking member of that committee, is widely expected to take the chairmanship of the SASC (Inhofe is retiring) if Republicans take control of the Senate following mid-term elections.

“We have received and [are] reviewing the letter,” an FCC spokesperson replied tersely to Breaking Defense’s request for comment today.

Ligado has in the past has routinely batted away the criticisms as over-hyping the potential for interference, and has insisted that it has been making efforts to work with users to mitigate any potential problems.

“After more than a decade of scientific review, the nation’s spectrum experts at the FCC determined the concessions Ligado made and the conditions in the April 2020 FCC Order protect GPS. No concrete evidence to the contrary has been put forth by any private entity or government agency, including the Defense Department, despite repeated requests,” a company spokesperson said in a statement.

“If there is an issue DOD is concerned about, the best way to resolve it is for the DOD and Ligado to work through those issues as soon as possible, as the FCC Order requires and as Congress has mandated. The science and facts support the FCC’s unanimous, bipartisan decision to grant Ligado’s spectrum, and if there are DOD GPS receivers operating in our licensed spectrum that need to be upgraded, Ligado is ready to do so.”

The Case To Date

DoD and many other agencies, including the Transportation Department, have opposed the planned Ligado (formerly LightSquared) network for nearly a decade. The agencies, as well as many users in the commercial sector such as aviation, have vociferously argued that the power level of the L-band signals Ligado plans to use in its cell towers, usually reserved for satellites, will jam GPS satellite receivers.

Ligado just as vehemently has rebutted Pentagon claims in numerous filings to the FCC — asserting they are based on outdated Air Force tests and technically flawed assumptions. And former FCC Chairman Ajit Pai, appointed by President Donald Trump, wholeheartedly agreed with the firm both in his written ruling in 2020 as well as during numerous Capital Hill hearings.

On April 20, 2020, the FCC unanimously decided to approve Ligado’s spectrum license, with all five commissioners from both political parties agreeing. The backlash was swift, but the months-long cantankerous public debate essentially died down following a Jan. 19, 2021 FCC vote to reject a petition by the National Telecommunications and Information Administration (NTIA) to stay and reopen the case. The NTIA coordinates use of spectrum by US government agencies, including DoD.

With the change in administration, and the appointment of Roscenworcel as FCC chair, the hopes of Ligado opponents were slightly raised — as during a June 2020 Senate Commerce Committee hearing Roscenworcel had said that she personally would support a stay of the decision in order to reexamine the arguments. However, up to now, no decision has been made.

In fact, the issue has largely dropped from the spotlight. Perhaps the most notable comments on it came last December, when Caitlin Durkovich, National Security Council director for Response and Resilience, suggested that the NSC and the White House might weigh in on the Ligado issue, citing Biden administration concerns about its impacts.

GPS is “still a significant single point of failure in our country,” she told a Dec. 9 meeting of the National Space-based Positioning, Navigation and Timing (PNT) Advisory Board. However, Durkovich noted then that any discussion with the FCC would have to wait until there is a full slate of commissioners. Currently, there are only four of five: two Democrats and two Republicans.

Further, the confirmation of the Biden administration’s nominee for the fifth seat, Gigi Sohn, has been stalled in the Senate for months. Sohn, a Democrat, is a vocal net neutrality advocate and thus has raised Republican concerns. (The FCC as an independent agency created by Congress is not legally beholden to the White House.)

The NSC did not respond to a request for comment.

Meanwhile, Ligado in January announced a deal with Select Spectrum to sell access to its licensed spectrum for use by private wireless networks, such as those used by utility companies. This is after years of speculation among players in the spectrum market that the company had hoped to sell the mid-band spectrum to a big public provider such as AT&T or Verizon rather than operate it own network.

The company has long countered that speculation, and has said that it intends to stand up its own 5G operational network at the end of September.

“Ligado is making swift progress to prepare its L-Band spectrum for 5G, including standardizing the spectrum bands through 3GPP,” the company’s website states. “We’re also working closely with ecosystem partners like device-makers, chipset vendors, base station vendors and other ecosystem suppliers to help ensure a wide array of hardware is compatible with the L–Band.”

For example, the company in June announced an accord with Nokia “to develop 5G base station radios compatible with Ligado’s L-Band spectrum.”