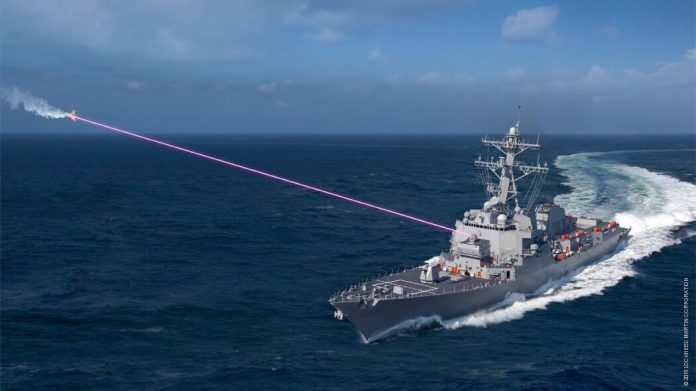 WASHINGTON — Lockheed Martin today announced it delivered a high-energy laser destined for installation onboard warships to the US Navy, a significant milestone in advancing the technology past isolated testing and toward operational combat for the Pentagon.

The weapon system, formally called the High Energy Laser with Integrated Optical-Dazzler and Surveillance (HELIOS), is a 60+ kW-class laser, and the initial contract to develop the weapon was awarded to Lockheed Martin in 2018.

HELIOS, which can be scaled to 120kW, is one of several US Navy directed energy programs, all in different phases of the research and development process. While some of the service’s lasers have shown promise during isolated testing, the Navy accepting delivery of HELIOS is a sign the weapon has proven its worth and is ready for wider proliferation throughout the fleet.

Lockheed Martin executives said earlier this year they were preparing to install HELIOS onboard the destroyer Preble (DDG 88) following successful tests completed at the Navy’s Wallops Island facilities in Virginia. Preble is the first ship in the Navy’s fleet marked to receive the weapon during an Aegis modernization availability, and the ship will conduct at-sea tests in fiscal 2023, according to Navy budget justification documents.

“What’s interesting about HELIOS is that it’s not simply a standalone system — [it has] the initial pieces of integration to Aegis and the next steps would be to basically make it one of the selections in the weapon system component of Aegis so that you could use [it],” Jeanine Matthews, a Lockheeed executive, told reporters in January.

Breaking Defense has reached out to the US Navy for comment about the delivery.

Separately, the company announced in July it had to delivered its portion of an Air Force laser weapon system bound for fighter jets to that service’s research and development agency.

Gun Meme of the Day: Another Shot at Q Edition