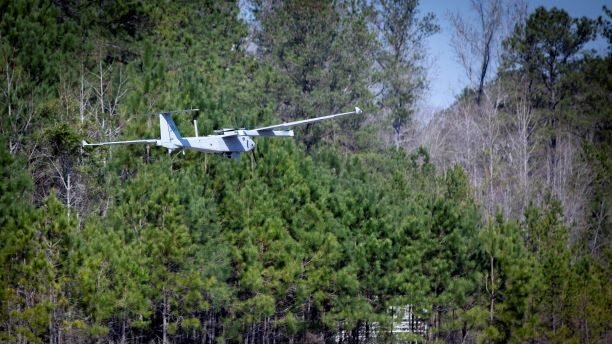 WASHINGTON — The US Army has awarded AeroVironment an $8 million contract for the first increment of the service’s Future Tactical Unmanned Aircraft System, in an effort to immediately meet operational units’ needs for an RQ-7 Shadow replacement.

The Army will buy one JUMP 20 system from AeroVironment under the Other Transaction Agreement (OTA), according to the Thursday announcement from the service’s Program Executive Office for Aviation. One system includes six air vehicles, ground data terminals and ground control stations. 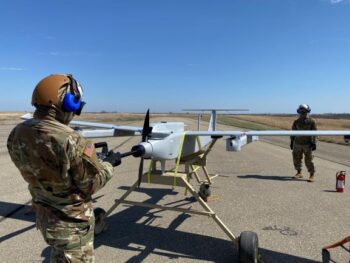 Through the FTUAS program, the Army wants to replace its RQ-7 Shadow drone with an unmanned aircraft that is capable of vertical take off and landing, runway-independent, and quieter. The drones will be used to give brigades “on the move” reconnaissance, surveillance and target acquisition capabilities. The new drone will have six hours of flight endurance out to a distance of 100 kilometers, according to the release, and will be transportable by a CH-47 Chinook.

Increment one of the FTUAS program will inform requirements for increment two, which will be a competitive rapid prototyping open to other companies. The Request for White Papers for increment two were released by the Aviation and Missile Technology Consortium last October and PEO Aviation is currently “conducting a technical evaluation of the submissions in preparation for the rapid prototyping effort.”

The award to AeroVironment comes after a year of demonstration events that allowed soldiers to evaluate the ability of VTOL drones to meet their needs. Other companies that participated in the demonstrations included a Northrop Grumman-Textron team, Martin UAV and L3Harris.

According to the announcement, the OTA includes the purchase, testing and delivery of the JUMP 20 to a single brigade combat team. Based on the results of testing, the Army may buy an additional seven JUMP 20s.

“INC 1 leverages lessons-learned from the year-long FTUAS demonstration and will field readily available mature technologies in response to a Directed Requirement from the Army Futures Command,” the release reads.

The FTUAS program is one of the Army’s top 35 “signature” modernization priorities, categorized under the Future Vertical Lift modernization area. Under FVL, the service is also developing new helicopters, the Future Attack Reconnaissance Aircraft and the Future Long Range Assault Aircraft, in addition to Air-Launched Effects, essentially mini-drones carrying a variety of payloads launched off a helicopter.

“Correct thy son, and he shall give thee rest…”

The demand for Queen Elizabeth gold and silver coins. The Fed could crash the housing market.