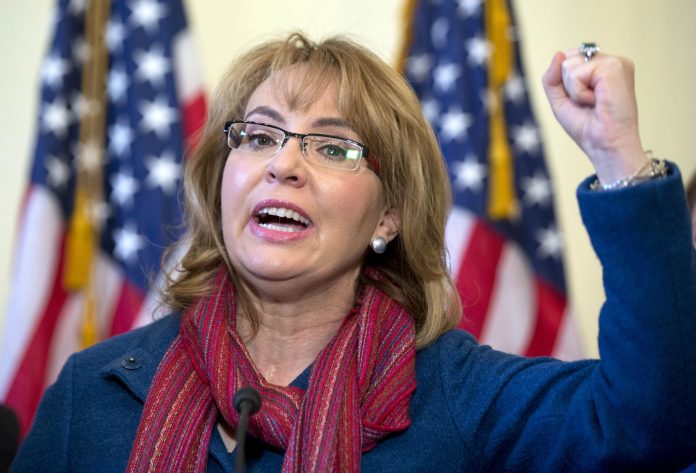 Gabbie Giffords is taking aim at the Gunshine State.

In a press release issued this week, she announced the creation of Giffords Florida, which she described as “a new initiative dedicated to supporting candidates for local, state, and federal office in the Sunshine State who have the courage to fight gun violence.”

According to the release, this is Giffords “first and only state-specific political initiative,” as well as the “largest bilingual gun safety political program focused entirely on Florida.”

Giffords bankrolled their new Florida office with $1 million, which they say they will spend on “endorsing candidates with strong records on gun safety, helping get out the vote for gun safety candidates, conducting research about Floridians’ views on gun violence prevention measures.”

Much of their efforts and money will be spent in Miami-Dade, promoting a slate of anti-gun candidates Giffords calls its “gun safety champions.” According to her website, Perez, a political newcomer, holds extreme anti-gun views, including the licensing of gun owners.

“Much like driving a car requires a license, Janelle supports license requirements for owning a gun to keep our community safe,” her website states. It does not draw a distinction between owning a firearm, which is a constitutional right, and operating a motor vehicle, which is not.

Perez also supports a ban on “military-style assault rifles,” increased background checks “for every gun sold in the state of Florida,” and a ban on “modifications that increase the rate of fire.”

In a written statement, Perez does not appear to know the difference between constitutional carry, which Gov. Ron DeSantis and the Republican-dominated state legislature support, and open carry.

“Our Governor and radical Republicans in the state Legislature have committed to passing open carry next year – putting our children, our community, and our future at risk for preventable gun violence,” Perez said in statement. “When elected to the Florida Senate, I vow to fight for the kind of responsible, commonsense gun safety measures supported by the majority of Americans that protect us all.”

We need gun safety champions at every local level, in every state, across the country.