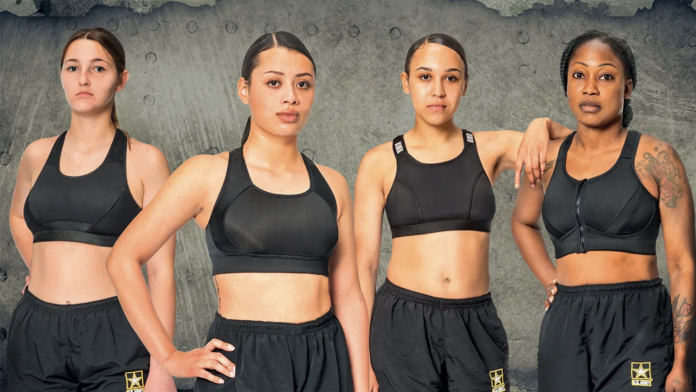 Support the Troops – The U.S. Army is Designing a Tactical Bra

When it comes to functional tactical garments, women in the military, law enforcement, and the civilian world are left with limited choices, many of which are adapted versions of gear originally designed for men. For example, plainclothes options often lack sufficient belt loops for attaching holsters or lack concealment options. For uniformed personnel, anatomical differences between men and women change the way armor, armor carriers, and undergarments are designed. The end result can be uncomfortable, poor-fitting garments that can lead to fatigue and reduced effectiveness. To combat some of these issues, the U.S. Army is designing a tactical bra for female soldiers that will be flame retardant and provide specific design features that focus on comfort and utility.

Additional details can be found below.

Support the Troops – The U.S. Army is Designing a Tactical Bra “The overall goal is to produce garments that not only protect the user, but reduce the cognitive burden on the female Soldier caused by discomfort and ill fit,” clothing designer and project lead Ashley Cushon told Army AL&T magazine. “Achieving this will improve the Soldier’s overall readiness and performance levels, allowing them to focus on their mission.”

Four prototypes of the bra, known as the Army Tactical Brassiere (ATB), are in development at the U.S. Army Combat Capabilities Development Command Soldier Center in Natick, Mass., and final concepts will be presented to the Army Uniform Board for approval in the fall. The designs all offer flame-retardant protection and vary in other features, which include pullover and front-closure styles, structured and contoured seams, adjustable straps, padded cups, mesh venting and an inner dog-tag pocket.

The project joins a wave of recent efforts to recognize the diversity of service members and improve uniform standards for women, who made up 16.5% of the enlisted forces in 2018. Last year, the Army and the Air Force released new rules that allow more flexibility for service members who wear locs, twists, braids and ponytails. And last month, the Navy measured hundreds of sailors in Norfolk, in its ongoing effort to create better-fitting uniforms for female personnel. Read the full article at Stars & Stripes.

Karl Marx Believed in Gun Rights So Why Don’t Marxists?