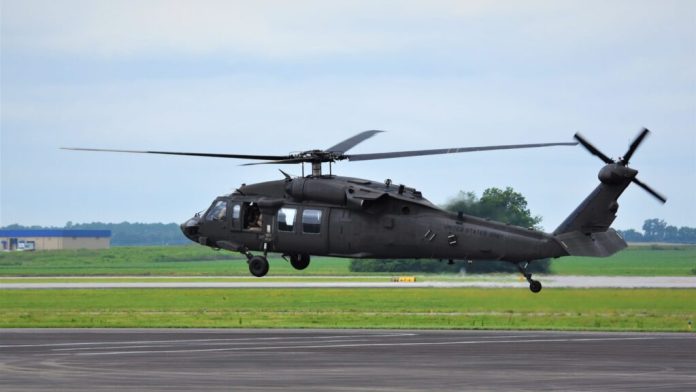 The “V” model Black Hawk is an upgraded model of the UH-60L version and includes installation of a new digital cockpit and integrated avionics suite.

“This successful IOT&E allows the Army to make an informed decision on transitioning the UH-60V to full-rate production,” Lt. Col. Howard Swanson, UH-60V Product Manager at Program Executive Office for Aviation, said in a statement. “The UH-60V recapitalized the combat proven UH-60L, applying the latest information and technology enhancements making it ‘UH-60M Like’ to support the warfighter.”

The Army UH-60M is a more digitally integrated version of the Black Hawk, according to the Army. The Army requested $178.7 million to procure 28 kits for the UH-60V program in its fiscal 2023 budget request.

IOT&E began on July 5 with three weeks of preliminary testing, according to the PEO Aviation release, while record testing occurred between July 28 and Aug. 5. The testing took place under “realistic battlefield conditions” and five UH-60V’s completed a total of 200 flight hours.

According to the release, the Army’s Operational Test Command test report will be released in 30 days, while the Army Test and Evaluation Command’s evaluation report is scheduled for release in December. It said going through IOT&E was a “significant milestone” on the “pathway” to full rate production, though it’s unclear when that will begin.

The Army recently awarded Black Hawk manufacturer Sikorsky a contract worth up to $2.3 billion to build 120 more Black Hawk M-variants helicopters through 2026. The service is in the process of developing a rotorcraft, called the Future Long-Range Assault Aircraft, to replace the Black Hawk. Textron Bell and Sikorsky are competing for that contract, though units won’t receive the new bird until the 2030s.