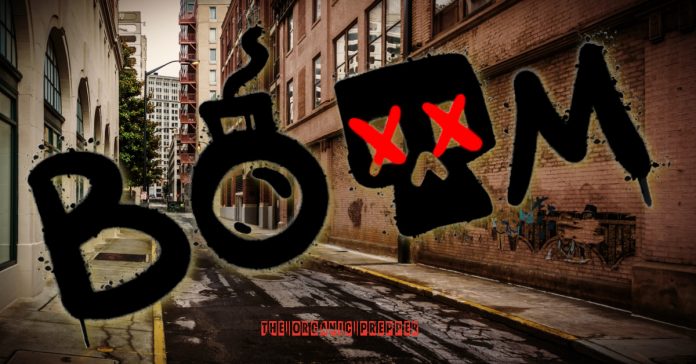 On August 12, the FBI and Department of Homeland Security released a joint bulletin to law enforcement agencies about increased threats following the raid on Donald Trump’s Mar-A-Lago residence. While the bulletin is supposed to be for official use only, Project Veritas found a copy of it, and you can view the bulletin here.  FBI and DHS released the joint bulletin after a man entered the FBI building in Cincinnati and started firing at people with a nail gun on August 11. The FBI/DHS bulletin also states that a variety of threats have been made online, including the threat to place a dirty bomb in front of FBI headquarters.

What should you know about a dirty bomb?

Most of us don’t work for the FBI, but how concerned should we be about “dirty bombs”? How easy are they to make? How destructive are they?

The Nuclear Regulatory Commission defines dirty bombs as “a type of ‘radiological dispersal device’ that combines a conventional explosive, such as dynamite, with radioactive material.” Dirty bombs do not have the same ability to spread radiation for thousands of square miles that nuclear bombs do; in the event of a dirty bomb exploding, most people would likely be injured by the explosive device itself, not the actual radiation.

For example, back in 2019, radioactive Cesium 137 leaked at Seattle’s Harborview Research and Training Building.  This leak was due to actions on the part of contractors who were not obeying standard safety procedures. The contractor started sawing through pipes containing the Cesium and did not notice when it started to leak. He was not wearing any of the radiation detecting equipment (rings and/or badges) that have been standard in that field of work for quite a while, and that would have alerted him that something was wrong.

And while no one suffered long-term injuries from this incident, the cleanup took two years and cost $156 million. This $156 million price tag was just for a leak; radioactive material sprayed by an explosive device would be that much more expensive to clean up. Even if no injuries were involved, cleaning up after a dirty bomb would be a logistical and financial nightmare.

And as bad as the financial aftermath of a dirty bomb would be, the psychological impact on the community would probably be worse. The public is terrified of radiation. We’ve all heard horror stories about Hiroshima and Nagasaki, Chernobyl, and Three Mile Island. Photos of animals near Chernobyl with grotesque mutations are all over the internet.

But what if you want a sober assessment of what might happen if you, say, worked next to a building in which a dirty bomb went off?

If you don’t remember the different types of radiation and genuinely want a better understanding of possible scenarios, you can always revisit your favorite middle-school science book. My personal favorite is The Usborne Science Encyclopedia, but I’m sure there are plenty of other good ones out there.

There are three types of radiation: alpha, beta, and gamma. Alpha particles are absorbed by thick pieces of paper and travel less than 4 inches through air. While they are heavy and very harmful if swallowed or inhaled, they are too big to be absorbed through skin unless it is cut.

Gamma rays are the most penetrating. They have no mass; they are pure energy. X-rays are not identical to gamma rays, though both are commonly used in medicine.

X-rays are lower in intensity and so are not as damaging. Gamma rays are more high energy; it takes several inches of lead to completely stop gamma rays. They can pass through not only clothes but your entire body, causing damaging ionization on the way.

This sounds scary, but people are exposed to all kinds of radiation in everyday activities. Many smoke detectors contain alpha particles. Beta particles have a variety of medical applications, like in positron emission tomography (PET). Do you only eat organic home grown, home processed food? Including all your spices? No?

Then you probably have irradiated food in your regular diet.  Almost all spices on the market have been exposed to gamma rays to kill pathogens, and it’s permissible in other foods, too. Gamma rays are also used to sterilize medical equipment.

Yes, in the past hundred years, we have been working with larger quantities of synthetically produced radioactive material than ever before. This absolutely warrants additional safety protocols. But today, people have been working in various industries, handling radioactive substances on a daily basis for decades. We should be cautious and attentive toward radioactive substances; people that work in those industries need to be attentive to their own physical well-being to make sure they are not being negatively affected.

(Looking for information on emergency evacuations? Check out our free QUICKSTART Guide.)

The public should not be stupidly terrified about the possibility of a dirty bomb.

Radioactive material is widely used in medicine and industry, but purchasing is highly regulated.

Journalists love making people terrified of radiation, but the truth is that 36 years after Chernobyl, we know now much more about the long-term effects of radiation exposure, and they are not as bad as we feared 50 years ago. Yes, Chernobyl was horrible, wasteful, and tragic. Many people lost their lives, and many more lost quality of life. However, fears that mutations observed as a result of the blast would be passed down from generation to generation turned out to be misplaced. People who suffered as a result of the Chernobyl blast were able to have healthy children.

The fear-mongering surrounding dirty bombs may do more damage, and I can’t help but wonder a little bit at some of the timing. About a month ago, NBC did a news report on how easy it is to get radioactive material.

They also use the incident to incite fear; they say that a dirty bomb made with the improperly purchased amount of radioactive material stolen could “cause hundreds of deaths from evacuations and billions of dollars of socioeconomic effects.”  (Go to 1:10 in this video to see.)

Notice that the reporter did not say that hundreds of people would die from radiation poisoning because that would be a blatant lie. But saying that hundreds could possibly die in an evacuation scenario is much vaguer and, therefore, much harder to dispute definitively.

This report was designed to spread fear regarding dirty bombs.

But why? Why do mainstream media and government officials want to keep us in a permanent state of being terrified of something, whether it’s Covid, or the Russians, or monkeypox, or now dirty bombs? 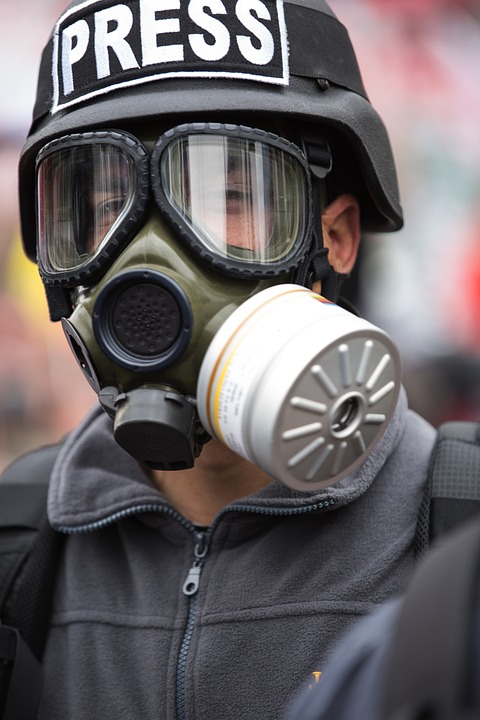 Without going into a huge amount of detail, I think it has to do with Mattias Desmet’s idea of mass formation. There are a variety of reasons that powerful people want the public terrified right now.

Dirty bombs are just another layer on the fear cake.

If the thought of a dirty bomb genuinely scares you, I would recommend taking a look at the OP’s very reasonable, not-fear-mongering article on How to Prepare for a Nuclear Attack. And then bear in mind that dirty bombs are far, far less damaging. For even more information, check out The Organic Prepper Nuclear Survival Anthology. As always, I think the best antidote to fear is knowledge and then preparedness. Don’t let the thought of a dirty bomb terrify you. Learn about what you’re most likely to encounter in your particular environment, prepare accordingly, and then go about your life.

Are you concerned about the possibility of a dirty bomb? How likely do you think it is that someone would get these materials and create a terrorist disaster? Do you have any particular knowledge about dirty bombs that you’d like to share with us? Let us know your thoughts in the comments.

A lover of novels and cultivator of superb apple pie recipes, Marie spends her free time writing about the world around her.

Walters: Gavin Newsom’s ‘Just Sue the Bastards’ Anti-Gun Law is Nothing More Than a Political Stunt