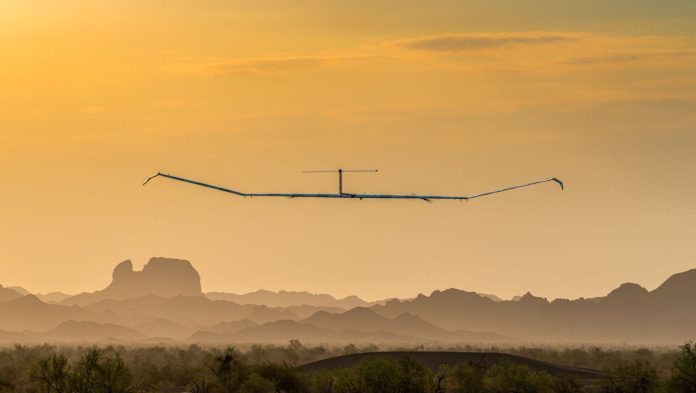 WASHINGTON — After loitering high in the sky for more than two months straight, the US Army’s spindly, high-flying, ultra-endurance drone known as the Zephyr has finally returned to earth — brought down by what the Army called an “unexpected termination of [its] flight.”

The Army’s Assured Positioning, Navigation and Timing/Space (APNT/Space) Cross-Functional Team was cagey in a press release Monday about exactly what happened last week on the 64th day of flight for the 82-foot wide, 165-pound unmanned aircraft. But there are enough questions that any future flight of the Zephyr has now been delayed until 2023.

“On August 18 around 2100 hours PDT, the prototype aircraft’s flight campaign ended when the Zephyr 8 UAS encountered events that led to its unexpected termination over [Yuma Proving Ground],” the release said. “These events are under investigation. No injuries or risk to personnel or other aircraft resulted from this incident. Further information will be released following the investigation.” A follow-up request for additional details was not returned by publication.

Michael Monteleone, director of the cross-functional team, said in the statement that his team was “working hard to gather and analyze important data following the unexpected termination of this flight.”

“That knowledge will allow us to continue to advance requirements for reliable, modernized stratospheric capabilities to our Soldiers,” he said.

The Airbus-made Zephyr originally took off in mid-June, part of the Army’s research into future high-altitude intelligence, surveillance and reconnaissance capabilities. Running on batteries and solar power, Monteleone previously said platforms like the Zephyr “have the potential to provide significant military capabilities and enhanced confidence as part of the Army’s diversified multi-layered architecture.”

As part of the experiment, the Zephyr flew up to 60,000 feet into the stratosphere and flew “over the southern portion of the United States, into the Gulf of Mexico, and over South America,” today’s release said.

By late July the Zephyr had completed its mission, but there was a problem: the Army said it couldn’t bring the Zephyr down until weather conditions were “ideal.” So it left the Zephyr up there, loitering thousands of feet over the Arizona military facility, until it met its fateful, if still mysterious, end last week.

Still, the Army highlighted that the flight included a number of firsts for the aircraft, including its first flight over water, the first “direct downlink while outside of U.S. airspace” and the “longest duration (7 days) utilizing satellite communications” — including from a military base in the UK. By the end, it had doubled the previous UAS endurance record and flew “in excess of 30,000 nautical miles” (about 35,000 miles).

Both due to the amount of data gathered, and now the necessary investigation into the Zephyr’s last moments, the Army said it was delaying further flight demonstrations until 2023.

A Simple Concealed Compartment in Your Vehicle