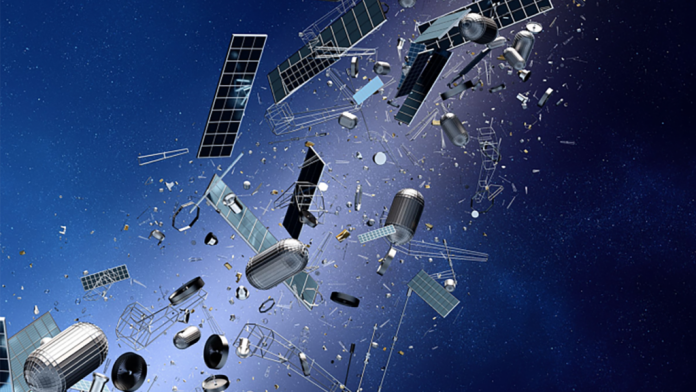 WASHINGTON — In an ever-more militarized and tense space environment, risks to commercial firms of becoming collateral damage, or being deliberately targeted, in a conflict are ballooning — raising corporate stakes in national and international efforts to build norms for military space activities, a new Aerospace Corporation study finds.

“There are a lot of potential situations in which commercial actors are gonna get entangled with security challenges in crisis or conflict,” Robin Dickey, author of the study at Aerospace’s Center for Space Policy and Strategy, told Breaking Defense. “There are numerous potential norms that could help to mitigate that challenge.”

Therefore, she explained, the goal of the study is to raise awareness among both commercial space players and government officials of the fact that industry has interests at stake and a potential role to play in developing security-related space norms.

The study, “Commercial Normentum: Space Security Challenges, Commercial Actors, and Norms of Behavior” released today, thus sets out a number of potential norms that would serve both commercial and military interests, and evaluates how commercial actors could contribute to their development and implementation.

As the study notes, until very recently commercial space players have been shying away from getting involved in debates about space security — although there has been more corporate involvement in US efforts at the Committee on the Peaceful Uses of Outer Space to develop and implement best practice guidelines.

One critical issue for the commercial space industry identified by the paper is the potential for their satellites and ground stations to be deliberately targeted. As the war in Ukraine has highlighted, commercial space companies are becoming ever more entangled in both war-making and supporting national security interests in peacetime.

Ukraine’s use of commercial space capabilities to help defend against Russia’s invasion intensified a long-running legal debate, including at the United Nations, about whether and when commercial firms can be considered combatants under the laws of armed conflict.

That debate is particularly tricky because unlike most Western countries, China does not differentiate between commercial, civil and military entities or activities. Russia’s position is slightly less clear. But the former head of the Russian space agency, Dimtry Rogozin more than once publicly called SpaceX, whose Starlink satellites are being used by Kiev, an “arm” of the Pentagon — with founder Elon Musk tweeting in May that the satellites had been weathering Russian jamming.

There are, however, potential voluntary norms (or national regulations) that could help diminish commercial risks in the meantime, the study finds. These include setting standards for industry for protection against cyber attacks and electro-magnetic interference, although such standards could impose costs on companies that some might be reluctant to pay. Another concept could be to designate some satellite services as “essential” to civilians and thus “off-limits” for military attack under the Geneva Conventions — similar to how hospitals or schools are supposed to be treated during conflict.

A voluntary ban on the use of debris-creating anti-satellite (ASAT) missiles, as being championed by the Biden administration at the ongoing UN Open Ended Working Group on Reducing Space Threats, is another norm that would benefit industry by helping protect commercial satellites from becoming collateral damage in a conflict, the Aerospace study notes. Indeed, a few companies, including Planet and Astroscale, have publicly supported the idea of an ASAT ban.

Dickey stressed that there are a “range of possibilities” companies could consider for getting more involved in norm setting in order to protect their corporate interests. These include working directly with national government to help form opinions about norms, participating directly in international fora discussing norms “more collectively,” or building up norms from the ground up by working in industry consortia or associations to set self-imposed rules.

“Or even just advocating publicly for norms that maybe they didn’t have a hand in developing, but that they’re observing and recognizing is something that’s worthy,” she added.