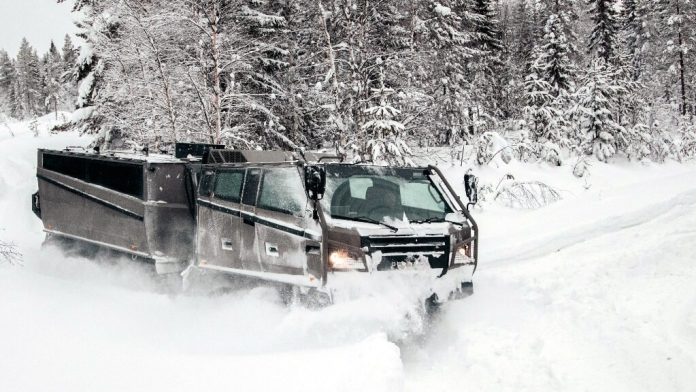 WASHINGTON —  BAE Systems has won the US Army’s Cold-Weather All-Terrain Vehicle contract, beating out a team of Oshkosh Defense and ST Engineering to produce ground vehicles that can survive in the Arctic.

The CATV is an amphibious vehicle that is meant to carry up to nine soldiers and withstand temperatures up to -50 degrees Fahrenheit. BAE Systems offered its Beowulf vehicle for the competition.

“Beowulf is a highly capable solution to meet the US Army’s requirement for Arctic operations. We look forward to providing our soldiers operating in challenging terrain and environments with this highly capable vehicle,” Mark Signorelli, vice president of business development at BAE Systems Platforms & Services, said in a statement. “We have been maturing and modernizing cold weather all-terrain capabilities for decades, bringing advanced capabilities to the United States and numerous other countries. This contract means we will continue to do so for many years to come.”

The contract will run through 2029, according to the Defense Department’s contract announcement. The Army plans to buy 163 CATVs total. The extreme cold weather vehicle will have several variants, including for general purpose, cargo, casualty evacuation and command and control missions. CATV missions include “capability to conduct Homeland Defense (HD), Defense Support of Civil Authorities (DSCA), and Search and Rescue (SAR) mission sets as well as support year round training,” according to the Army’s January RFP.

The CATV program was a new start program in fiscal 2021, with Program Executive Office for Combat Support and Combat Service Support choosing Oshkosh and BAE for competitive prototyping in April 2021.

After completing the testing, PEO CS&CSS deemed both bids successful and both companies were given the opportunity to bid on the production RFP.

The Beowulf platform is an unarmored, tracked vehicle that the BAE says can traverse a variety of terrain, according snow, ice, rocks, mud and swamps. The CATV win marks the first sale of the Beowulf, which is based on the company’s BvS10, the company said.

“As the focus on Arctic Mobility operations grows, we see increasing opportunities in other markets for the BvS10 and Beowulf,” the BAE release stated.