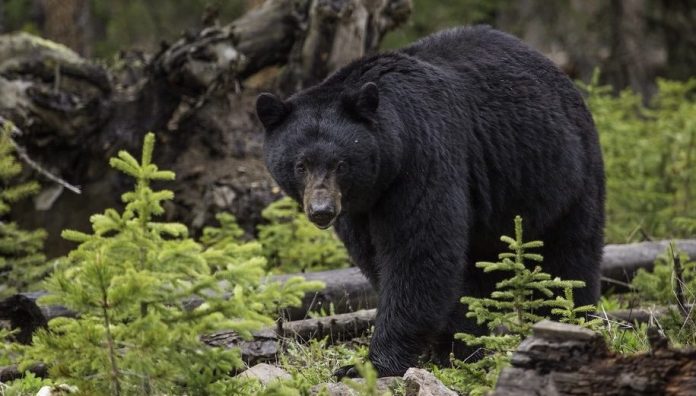 This weekly column is a collection of short snippets: responses to posted articles, practical self-sufficiency items, how-tos, lessons learned, tips and tricks, and news items — both from readers and from SurvivalBlog’s editors. Note that we may select some long e-mails for posting as separate letters.

First up, there is this Fox News article about a Bear Home Invasion, forwarded to us by reader C.B.: Colorado man shoots bear inside his home with his .40-caliber pistol. JWR’s Comment: Note that he emptied his pistol magazine — most likely 15 rounds — before the bear stopped. The Bidenistas tell us that we should be limited to 10-round magazines. I suggest that people should have magazines of whatever capacity is required for them to reach their comfort level.  For some, that might be a 33-round magazine.

A video that describes modern search engine truncation, manipulation, and user steering: Disturbing Proof They’re Quietly Deleting the Internet… JWR’s Comments: I’m coining a postulate that I consider nigh-on universal: In 21st Century western societies, if something isn’t about revenue, then it is about control.

I found that even StartPage (my heretofore favorite search engine, for the sake of privacy) truncates search results. As a test, I entered: “James Rawles Interview”, and saw that the results were limited to just 12 pages. I assume that this is because they are running one of the major search engines in the background. I tried several others, with similar truncation. Then I tried the Ecosia search engine.  Its results on that same test search seemed to go on for about 70 pages, until they started looping back to just two web articles. I’m curious to know if there are any other search engines available that have the same depth of search results, or better yet, with unlimited search results. If you know of one, then please chime in, via e-mail.

“I recently harvested my corn crop.  My big mistake was in not staggering the crop, so it all had to be harvested at once. I gave some away to relatives, ate some, and blanched the rest.  Now I’m cutting the kernels off the corn and letting them dry in the sun.  Thank goodness for working from home part of the week; I can get more done. I’m looking forward to grinding my own cornmeal for the first time.

I’m pulling up the corn stalks a few at a time, chopping them up, and putting them in my compost bin.

No more major gardening projects for now. I’m studying Data+ so that I can get a better job — better as in something I like more, and better as in pays more so that I can keep up with inflation. As Commander Zero likes to say, we’re far more likely to need $50 bills than .50 ammunition.

I’m also getting involved, as time permits, in local politics.  Better leadership might make TEOTWAWKI less likely.  Sadly, EMP and the out-of-control Federal Reserve aren’t getting as much attention as they should.  On the plus side, our candidates are focusing on crime and homelessness. Good luck to all!”

“We are looking at getting solar backup. Recently, you wrote an article recommending that any power backup not be tied to the grid. Just wondering what the reasoning is for that.”

I have two reasons:

1.) EMP protection. (The grid acts like a giant antenna, to gather EMP from beyond line of sight.)

2.) Control. If a system is grid-tied, then you don’t fully control it.

Donald Trump Had a ‘Standing Order’ Mar-A-Lago Documents Were to Be Considered ‘Declassified’.

“My grandchildren visited this past week.  Oh, how they love life on the farm!  I’m shifting focus to winter prep:  Got a notice from the electric company stating costs going up this month by 146%.  I have enough firewood in the big barn and need to move it closer to the house.   Calling around for local hay – just to make sure I have enough for the cows in case we have an abnormally snowy winter.  Reviewing inventory for animals – Is everything ready for the next 6 months?  I am trying to address my lack of appropriate “farm clothes”.  All my casual clothes are torn or have holes in them now.  I tried the local thrift shops and found almost nothing that would work.  Online, I found some Pendleton flannel shirts half price and a couple of good brand denim shirts, heavy-duty boot socks, extra work gloves, and work pants.  I’m going to force myself to wear my overalls so my clothes last longer.  Time to think about clothes that last.  No more cheap fabrics.  Painful to pay the prices, but necessary.  Ordered more Berkey filters ($$$) from Ready Made Resources through the SurvivalBlog link.  They can filter 6,000 gallons of water – if only used for drinking water, they can last several years. The price of everything is going up, up, up.  Deals and supplies can still be found if you look hard enough.”

Reader C.B. suggested this video from Task & Purpose: US Army Weapons Smuggled Out of Afghanistan.

Ray K. sent  this, in response to a recent artice:

For most of my 50 years of canning I’ve been plagued with siphoning; when you open your pressure canner and find jars with some of their contents siphoned out of the jar and into the canning water.

Since I’ve never quick cooled my canner (cold water shower, fan, etc), I had to look for another cause, and I think I’ve found it; too little canning water at the beginning of the process.

To save energy and heating time, over the years I’ve reduced the amount of water that I put in my pressure canner to a safe but minimal level so that it takes less time and fuel to get the canner up to pressure.  Apparently, this allows the canner to cool too quickly.  I’ve added more water (since canners vary in size, the number of quarts of added water will vary) to the point where the bottom layer of jars are covered to just below the jar ring, where before the jar might have been in less than 1″ of water.  I have a 41 quart canner and now put in 7 quarts of canning water for a batch.

Since adding the extra water, I’ve run 4 batches of tomato sauce and not found even the odor of tomato inside the canner when I opened the lid, let alone red water.”

A video review: Raddy RF760. The Most Compact AM/FM/CB/HAM/AIR/SW Radio I’ve ever seen, and it even has SSB Mode.  Warning: These are made in mainland China and the built-in speaker is horrible. But the audio is much improved if plugged into an offboard amplified speaker, such as a desktop computer speaker.

A video from S2 Underground: Listening Posts: An Intro to SIGINT. (A hat tip to Tim J. for the link.)

“Thank you very much for the nice tribute to Dr. Peter Vincent Pry that you posted.  I was at a conference for work, where Dr. Pry was a speaker on EMP/CMEs.  During his talk, he actually mentioned you and SurvivalBlog and that is how I first found out about you and SurvivalBlog.”

Reader L.E. had a comment on the recent article, An Illustrative Family Reunion Camping Trip:

“After the author got back home, did he then assemble a list of potential “accept-ees” and “declin-ees”, having vetted all participants and determined what their strengths and weaknesses were, so that in a real grid-down situation he would have a much better idea of who to let in, and who to reject?”

Please Send Us Your Snippets!

Please send your snippet items for potential posting to JWR. or AVL. You can do so either via e-mail or via our Contact form.

“It is when a people forget God that tyrants forge their chains.”

On September 26, 1908 first ad for the Edison Phonograph.