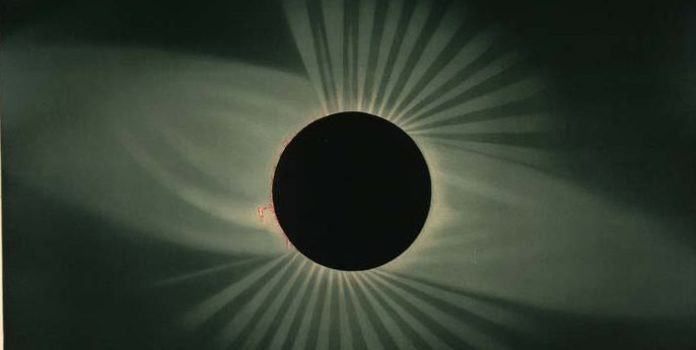 SurvivalBlog presents another edition of The Survivalist’s Odds ‘n Sods— a collection of news bits and pieces that are relevant to the modern survivalist and prepper from “JWR”. Our goal is to educate our readers, to help them to recognize emerging threats, and to be better prepared for both disasters and negative societal trends. You can’t mitigate a risk if you haven’t first identified a risk. Today, we look at the rising risk of extreme solar flares.

Fox News: Huge solar eruptions will likely cause problems on Earth, NASA says. (Thanks to reader D.S.V. for the link.)  The article begins:

“The sun has been very active lately, which could cause a few problems for us here on Earth, according to NASA.

The space agency said the solar cycle is not yet at its peak and has already surpassed expectations.

At 7:09 p.m. last Sunday, satellites detected an explosion on the sun and a “long-lasting eruption of a C9.3-class solar flare,” according to professional astronomer and science writer Tony Phillips‘s website Spaceweather.com, which monitors solar activity.

‘The intensity is probably an underestimate because it was partially eclipsed by the edge of the Sun. Nasa’s Solar Dynamics Observatory saw hot debris flying away from the blast site,’ the site reported on Monday. ‘Earth is not in the line of fire. The explosion is significant because it may herald an active region set to emerge over the sun’s northeastern limb later this week. A new sunspot group could bring an end to weeks of relative quiet.””

Families Flee Blue Cities as Crime Ravages Even the Suburbs

At Trending Politics: Families Flee Blue Cities as Crime Ravages Even the Suburbs.

Nuclear War Would Cause a Global Famine and Kill Billions

Reader C.B. sent us this: Nuclear war would cause a global famine and kill billions, study finds.  A quote:

“More than 5 billion people would die of hunger following a full-scale nuclear war between the U.S. and Russia, according to a global study led by Rutgers climate scientists that estimates post-conflict crop production.”

D.B. forwarded this news link from Willamette Week: A Southeast Portland Church Is Left Behind as Mormons Leave Oregon. The subhead:

Tim J. suggested this piece, at American Partisan: Weaponizing the Bureaucracy: Who Will Protect Us from the Government’s Standing Army? Here is an excerpt:

“This is how it begins. We have what the founders feared most: a “standing” or permanent army on American soil.

This de facto standing army is made up of weaponized, militarized, civilian forces which look like, dress like, and act like the military; are armed with guns, ammunition and military-style equipment; are authorized to make arrests; and are trained in military tactics.

Mind you, this de facto standing army of bureaucratic, administrative, non-military, paper-pushing, non-traditional law enforcement agencies may look and act like the military, but they are not the military.

Rather, they are foot soldiers of the police state’s standing army, and they are growing in number at an alarming rate.”

1,200 Scientists Declare: “There is No Climate Emergency”

Linked over at the Whatfinger.com news aggregation site: Formal Declaration of 1200 Scientists: “There is NO CLIMATE EMERGENCY”.