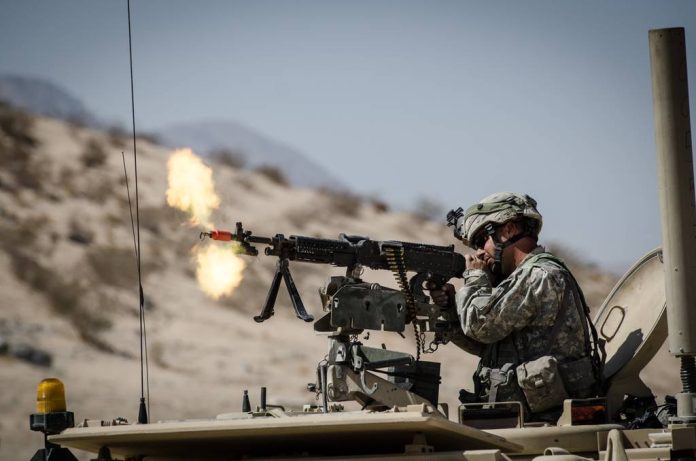 Barnes encouraged those with information about the gun’s disappearance to call the Fort Irwin CID Office at 760-380-5812, the military police at 760-386-4040 or to submit a note anonymously to the CID tip line.

It is not uncommon for Army weapons to get stolen or lost. A 2021 Associated Press investigation found that 1,303 Army rifles and handguns went missing between 2013 and 2019.

It is illegal for California civilians to possess machine guns unless they hold a state-issued permit. The state Department of Justice gives permits only to those with a proven need — machine gun manufacturers, for instance.