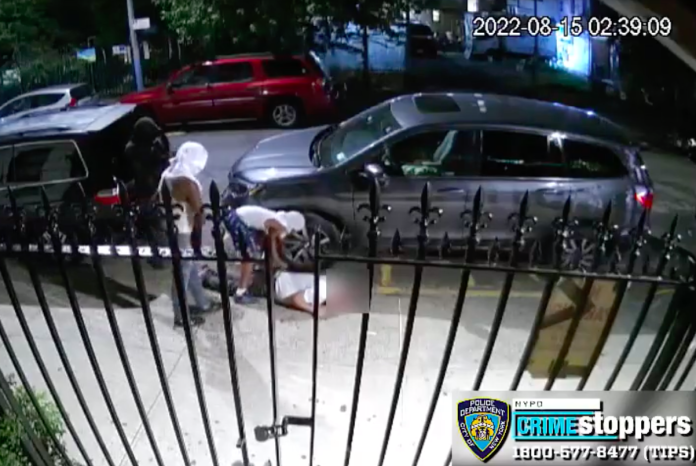 For nearly two years, every morning I’d wake up thinking, I’ve got to get back to New York. Well, I’m back, and this isn’t what I meant at all. I wanted to be in the city that never sleeps, where I could walk around carefree, even at night, take the subway, and live within a few blocks of every possible convenience.

Instead, this happened. Two years after the shutdowns began — restaurants closed; then open with social distancing, masking and a 10 p.m. curfew; then closed again, except outside in the middle of winter; then open, with masking and a vaccine card — Covid’s finally gone! Hurray! (It was gone in Florida two years ago. That governor is a miracle-worker!)

But the New York I’ve come back to is Death Wish New York. Thank you, Democrats! In 2019, for the first time since World War Two — except one year, 1964 — Democrats won total control of state government. And the number one item on their “To Do” list was to pass a no-jail law, requiring the immediate release of suspects arrested for basically anything short of intentional murder.

The no-jail law went into effect in January 2020.

For the first six months, the no-jail law worked great! Of course, it’s freezing from January through March and then the entire city was shut down for Covid. Apparently, street crime disappears when there’s no one on the street. But then, on May 25, a fentanyl addict was killed by police in Minneapolis, unleashing a bacchanal of violence in Democratic-controlled towns across the land.

It had taken twenty years for New York mayors Rudy Giuliani and Michael Bloomberg to round up the criminals. It took only one year for Democrats to release them.

In a total surprise to the party in power, criminals continued to commit crimes. But this time, they knew that, even if they got arrested, they’d be right back on the street in about an hour.

Despite the city being virtually crime-free for the first half of 2020, by the end of the year murders were up 44 percent, shootings up 97 percent, car thefts up 67 percent and burglaries up 42 percent.