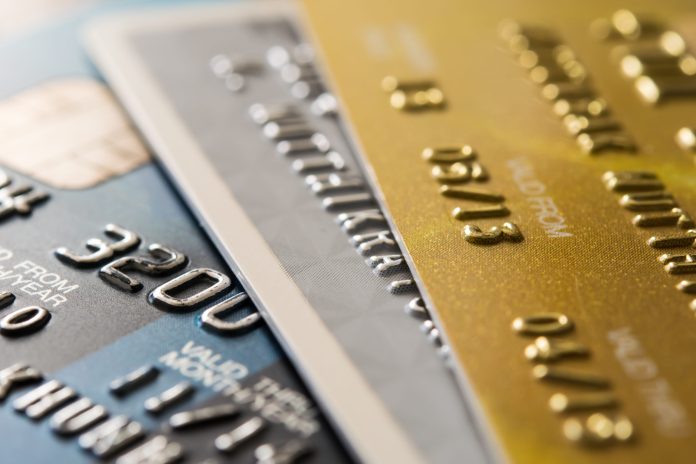 “Why would you not want to do this?”https://t.co/VuL0UtLv4Q

Gun control groups are reviving their effort to not just get inside America’s gun safes but meddle in credit card purchases.

Giffords, the gun control group founded by former U.S. Rep. Gabby Giffords (D-Ariz.), and GunsDownAmerica, an activist gun control group with links to far-left Washington, D.C., think tanks, are supporting an effort to have credit card companies create special purchasing codes for firearms and ammunition. The idea is that credit card companies would monitor individual purchases by law-abiding citizens and if they seem to out of the norm, those purchases would be reported to law enforcement for investigation.

A real honor to join NYC leaders in City Hall this afternoon to urge credit card companies to do their part in building safer communities with fewer guns. https://t.co/EoMXBdire2

Amalgamated Bank bills itself as a “socially-responsible” bank that’s got over $7.7 billion in assets and nearly $59 billion under management, much of which is tied to union pension funds. When the bank isn’t financing left-wing causes including Occupy Wall Street, it uses the market capital to muscle through liberal policies including climate activism, labor practices and fighting excessive executive salaries, despite the fact that the President and CEO Priscilla Sims Brown rakes in $3.8 million in income.

More than 50 NY State legislators including @zellnor4ny know that this is a common sense tool that can help us end gun violence.

It’s past time for MasterCard and American Express to follow the established process and issue this MCC.

Sims Brown is the same person who took to the airwaves to push the idea of tracking credit card-based gun and ammunition purchases. Amalgamated Bank sent a request to create the special Merchant Category Codes (MCC) to the International Organization for Standardization in 2021. That request and an appeal were rejected. Another request was made this year and a decision is pending.

This idea is coming from a bank that refuses business with any in the firearm industry. Amalgamated Bank’s idea is that bureaucratic businesses would not just monitor who exercises their Constitutionally-protected Second Amendment rights, but also how much and how often an individual chooses to do so. They bill it as a way to help law enforcement identify individuals who might commit horrific atrocities and intervene before they do.

What it really is is privatized gun control that runs roughshod over rights and the law. The 1986 Firearm Owners Protection Act forbids the federal government from maintaining a gun registry. Banks are already required to report suspicious activity under the 1970 Banking Secrecy Act and expanded with the Patriot Act. This idea, though, would put that into private hands, building a registry one purchase at a time. The basis for suspicious activity would simply be exercising the pre-existing right to keep and bear arms, which is expressly protected by the Constitution.

New York state lawmakers are interested in the idea. Over four dozen anti gun lawmakers signed a letter to credit card companies MasterCard and American Express urging them to adopt unique MCCs for firearms and ammunition. Currently, they are listed as “specialty retailers” or “sporting goods.” The problem is that guns are purchased for sporting use. Some are purchased for self-defense. Many firearms are used for multiple purposes – including self-defense, recreational shooting sports and hunting.

This idea isn’t new. A public pressure campaign was attempted in 2018. New York Times columnist Andrew Ross Sorkin floated the same notion in February and December of 2018. Visa and MasterCard both rejected the proposals then, adding that monitoring and arbitrating the private purchases of their customers “sets a dangerous precedent.” Visa told Breitbart in 2018, “We do not believe Visa should be in the position of setting restrictions on the sale of lawful goods and services.”

The idea that capturing credit card purchase data to assist law enforcement isn’t the answer. Dumping data on law enforcement of law-abiding citizens only creates an information morass. It is garbage data when law enforcement has already missed bona fide tips that would have prevented these tragedies.

The FBI admitted it missed taking action on two tips before the tragedy in Parkland, Fla. The murderer in Buffalo, N.Y., was brought in by state police after making threats, yet authorities there took no action even after his own family took away his firearms. The murderer in Uvalde, Texas, posted threats against schools and fellow classmates, yet none were reported to police. And, the murderer in Highland Park was on the radar of law enforcement, yet the local police did not share the information with the Illinois State Police.

This idea isn’t about improving public safety. This proposal is about freezing gun purchases and getting corporate entities to skirt federal laws. This is nothing short of swiping the ability to buy guns legally.