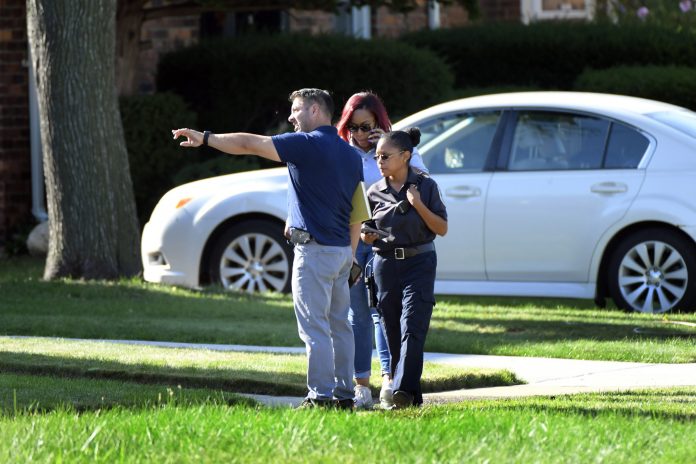 Don’t look now, but yet another armed citizen has stopped a spree killer. This defensive gun use took place in Detroit after three people had been killed and another wounded.

Dontae Ramon Smith, 19 years old, began shooting people apparently at random. After shooting and wounding a fourth, an 76-year-old man along with his dog (both survived), an un-named neighbor opened fire on Smith, stopping the attack and causing Smith to flee.

The killer was later arrested and is due to be arraigned today on a range of charges including three counts of murder.

A young man suspected of randomly killing three people on Detroit streets fled when an armed bystander saw him shoot a fourth person and responded with his own gunfire, witnesses told a TV station.

“He scattered like a jack rabbit,” Wallace Pleasant told WXYZ-TV.

The suspect shot a fourth person, an 76-year-old man who was walking his dog, according to police. He survived.

Kaia Maxey-Gholson told the TV station that she witnessed another man fire shots in an attempt to stop the suspect.

She said she believes the suspect would have kept shooting the elderly man “like he did the other victims that morning.”

WXYZ didn’t identify the man who intervened but quoted him as saying the suspect “saw my weapon and he went from predator to prey.”

The suspect was arrested hours later at his home.

Two of the three people who were killed Sunday were identified as Jesse James Hawkins, 28, and Lari Brisco, 43, according to friends and the medical examiner’s office.

Yet another case of an attacker who was stopped by a good guy with a gun. We know this kind of news is terribly inconvenient for those who toil away in the Civilian Disarmament Industrial Complex, but we just don’t give a damn.

August 9th, 1831 was the birthday of James Paris Lee

Biden says COVID-19 pandemic is ‘over,’ not sure if he’ll run in 2024, and claims he was not briefed about documents at Trump’s home...