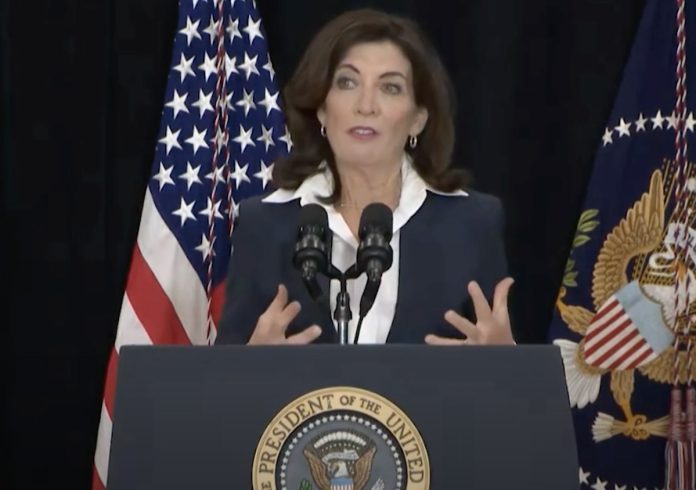 Washington, D.C. – Late yesterday, in the U.S. District Court for the Northern District of New York, Chief Judge Glenn T. Suddaby issued an opinion and order denying GOA’s motion for a preliminary injunction against the State of New York’s poorly named “Concealed Carry Improvement Act.”  Although going into detail about how just about every aspect of the Concealed Carry Improvement Act (CCIA) is unconstitutional, the judge concluded that none of the plaintiffs had standing to challenge any aspect of the law.

This bad news comes after Gun Owners of America (GOA) and its nonprofit legal arm, Gun Owners Foundation (GOF), filed suit to challenge the constitutionality of the legislation in July. The lawsuit was filed on behalf of a GOA member from Schenectady County.

Among other alarming provisions flouting recent Supreme Court precedent, this law, which is in effect as of September 1, requires concealed carry permit applicants to:

In spite of his dismissal of the case, thankfully, Judge Suddaby understood, took to heart, and applied the clear edict from the U.S. Supreme Court in June, when the High Court instituted a “text and history” test for judges evaluating the constitutionality of restrictions on Second Amendment rights.

Shockingly, the anti-gunners defending the law in court elected to cite historical precedents such as the disarming of Catholics and Native Americans in the colonial era, as well as the slave codes of the antebellum South, to defend the legislation under the new “text and history” test requirement.

“Despite the judge’s dismissal of the complaint, his opinion contains a silver lining for New Yorkers and the nation, as the robust precedent laid out by the Supreme Court in June is clearly making headway.  GOA looks forward to continuing the fight against clear violations of the Second Amendment, as we work to restore the rights of all Americans.”

Sam Paredes, on behalf of the Board of Directors for the Gun Owners Foundation, added:

“Thankfully, Judge Suddaby rejected the bigoted historical laws that New York cited as justification for this highly restrictive law. We look forward to continuing our efforts to fully dismantle this law and sending a second clear message to Albany: ‘shall not be infringed.’”

How to (safely) parachute into a baseball stadium

Germany to send more weapons to Ukraine, but not tanks