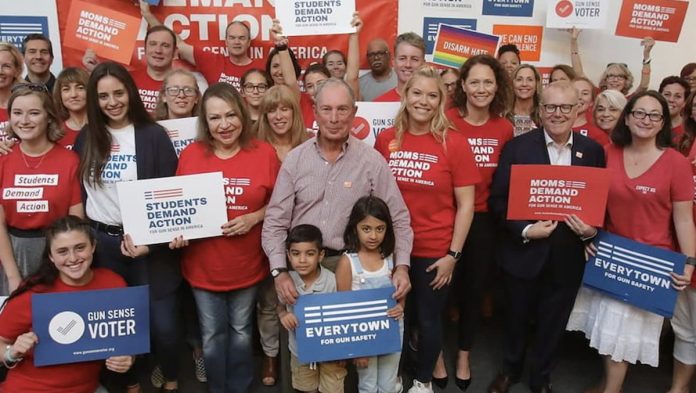 Deciding who to vote for is not always a simple process.

One way to make it easier is to eliminate those candidates who you know for certain will not support and defend the Constitution, including of course one’s right to keep and bear arms.

How does one find a list of such candidates?

While there’s a good chance that many of these individuals are nice people, unfortunately, they’ve signed on to Michael Bloomberg’s civil disarmament campaign (the elitist billionaire is the majority donor behind Everytown).

Whether they know it or not, these candidates, if elected to office, are going to be impelled to push policies that work to incrementally repeal the 2A rights of law-abiding Americans.

As John Feinblatt, the president of Everytown, spun it in a press release on Monday, “The fact that so many candidates are running hard on gun safety is further proof that supporting common-sense laws to prevent gun violence isn’t just good policy — it’s also good politics.”

These politicians will push these policies despite the fact that there is zero credible evidence that, what they call, “common-sense gun laws” reduce crime.

In fact, even a 2020 Bloomberg-funded study examining the efficacy of bans on black rifles found they have no effect on fatal mass killings!

Yet, Everytown’s “gun-sense candidates” will ignore the facts, the data, and the findings in their own studies to fulfill Bloomberg’s gun-grabbing agenda.

Below are the candidates Everytown backed this week. A more complete list can be found HERE. Keep them in mind when you head to the polls this November.